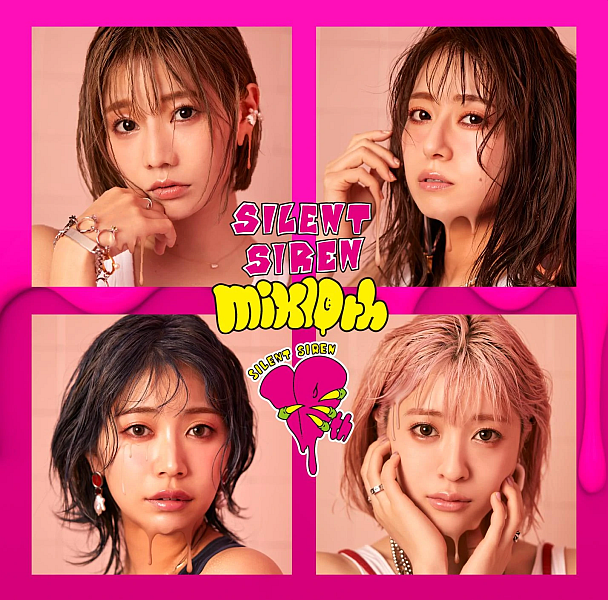 Given the increasingly fleeting and at times almost disposable nature of music these days, reaching a milestone like a 10th anniversary as a band is something to be celebrated. SILENT SIREN chose to mark the occasion with the release of their 7th studio album “mix10th”. Not the perhaps expected “Best of” release most people thought was coming, though I’m sure that one of those will no doubt come along at some point. The album features various recent tracks such as “HERO”, “OVER DRIVE” and “Shigatsu no Kaze” along with several new ones such as collaborations with Aimi from Poppin’Party on “Up To You” or Kiryuin Sho from GOLDEN BOMBER lending his songwriting talents on “Kikasete wow wow wo”. SILENT SIREN initially had and probably still do to a degree have their detractors for not “paying their dues” or whatever else but 7 albums and 10 years deep into their career and a whole slew of hit songs in that time mean that the numbers don’t lie. These ladies have found a great deal of success for themselves and all of it is well and truly deserved in my opinion.