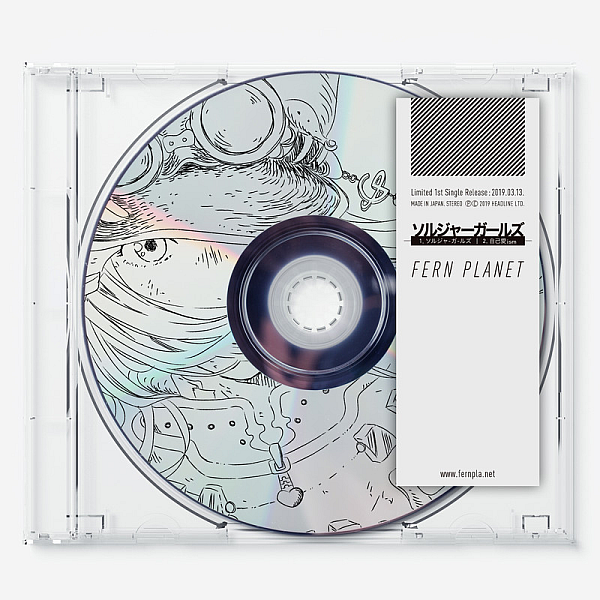 FERN PLANET are a fairly new band on my radar, despite the duo of SERINA and Yamaguchi Meiko and to an extent this project having been around the music scene under various names for a few years now. “Solider Girls” is the group’s first single since settling on their new name, however for those of us who enjoy physical media unfortunately it’s only available at Tower Records. I believe that the title track is a re-do of a song originally written by the pair’s first band Rick Rack but to me and probably most you that doesn’t really mean anything. Anyone looking for more of that brand of very rhythmic Rock music that Japanese artist do so well should be pretty happy with the single’s a-side and if you’re into something a bit more emotionally charged then b-side “Jikoai ism” has that in spades. Not exactly trying to reinvent the wheel here but you can never really have too many quality Rock songs out there. It’ll be interesting to hear what their upcoming second mini-album has to offer when I eventually get around to checking it out.