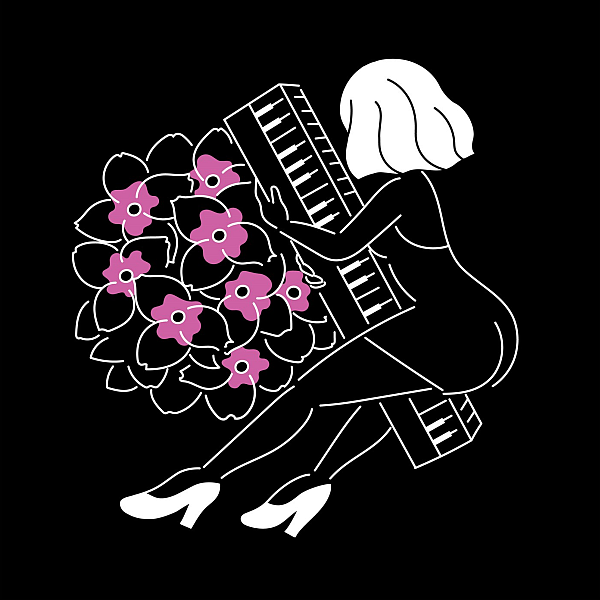 Some of you probably know her as the keyboardist for Gesu no Kiwami Otome, but Fukushige Mari finally struck out on her own with her debut, and very literally titled, solo EP “JAPANESE ONNA”. She composed and wrote lyrics for all 7 of the tracks featured on the release, which features a variety of styles that are all, naturally, centered around the musician’s instrument of choice. From traditional, raw piano tones like the ones featured on lead track “Jinchōge, hikuku” to more contemporary synthesizer beats and melodies like the ones heard on tracks like “night dancer” or “Kaze to kare wa dare” Mari showcases a wide range of talent both in technical terms as well as her songwriting ability. This release probably isn’t going to get the recognition it deserves given the side project nature of it, as well as its digital only release, but if you’re a fan of Piano Pop or similar genres then you need to go out of your way to hear this EP.