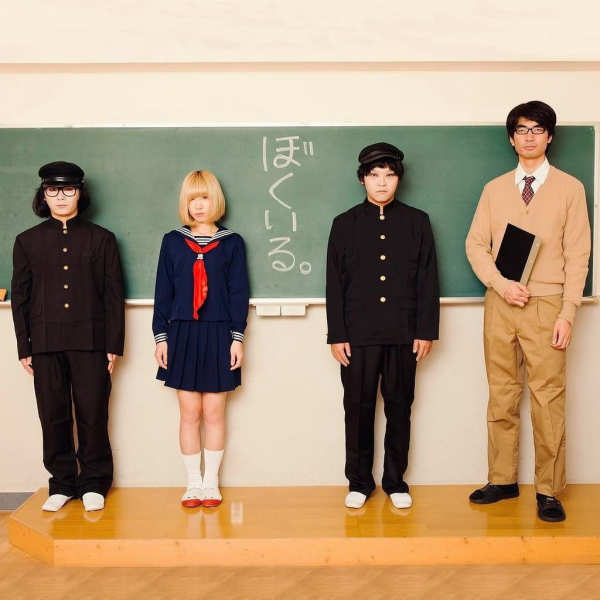 So it’s not my intention to clutter this feature with compilations or “Best of” releases, but when it’s an act I haven’t heard of before I think it’s okay to make an exception. “Bokuiru” is a compilation of previously released and now re-recorded material from Osaka’s Bokutachi no Iru Tokoro. (the full stop is part of the name). There’s a couple of new tunes too, but it was all new to me when I stumbled across this album at the end of January. I had no idea what to expect other than seeing tags like “Punk Rock” and the like being bandied about during an initial Google search.

I certainly didn’t expect how raw the vocals ended up being on many of the tracks. Jinsei Dame Ko’s (what a name) certainly seems to know what Punk Rock is supposed to be about when it comes to that side of things. You know, as I was listening to this album I did sort of get some Midori vibes going on. I’m sure I’ve committed some kind of sacrilege by daring to make such a comparison, but if you’ve been yearning for more music in that style then Bokutachi no Iru Tokoro. might well be worth a look. I certainly appreciate there being one more band with some “real” Punk Rock tendencies in the world.