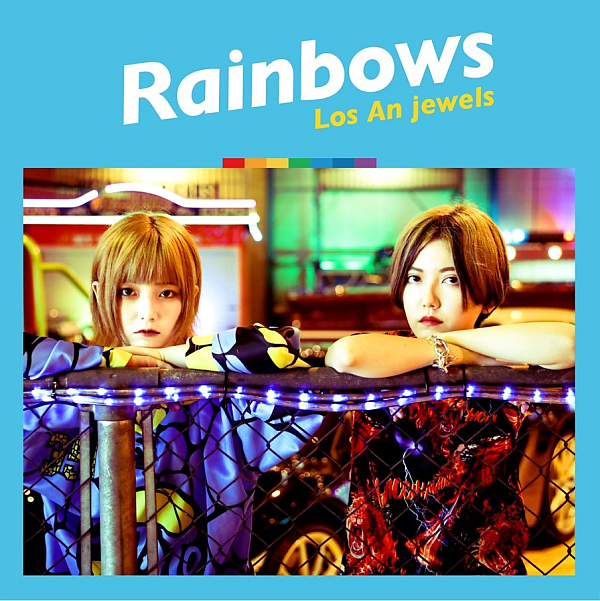 My thoughts on “Rainbows”, the latest digital offering from Los An Jewels.

As I mentioned in another recent review, 2020 has been full of ups, downs and surprises of both the good and bad variety. Well, more the latter if we’re being totally honest but every so often something cool comes along to make up for the less pleasant stuff going on currently. The recent lack of output from many of the Idol scene’s bigger names has also made it a lot easier for more obscure acts to get noticed, which doesn’t hurt either.

Los An Jewels are one such surprise from this year, at least for me anyway. I’m sure plenty of people out there just knew that tapestok records’s latest property were going to be awesome from the get go, but given that Rap, Hip-Hop and their related genres aren’t typically my go-to stuff you can forgive me for not really thinking that this group was going to be for me. Turns out I ended up being both pleasantly surprised and happy to be proven wrong on that one.

“Rainbows” is the latest digital offering from the group, after having released not one, not two, but three other releases already since debuting just a few months ago. Not wasting any time but also not hanging onto members either as the 3-piece recently because a 2-piece ahead of the release of this new single. That’s Idol folks, you have to roll with the punches and that’s what I’m expecting Los An Jewels to do here. Let’s see what this first offering from the now duo has in store for us, shall we?

Okay, I wasn’t expecting a field recording of some softly crashing waves to kick things off here but that’s what we’re going with so let’s see where things go. We then rather jarringly transition into the main beat of the track, a slightly Electronica tinged composition that provides a nice steady rhythm for the vocals to work with. Speaking of which, our first taste of them is very vocoded indeed which isn’t that out of the ordinary for Los An Jewels I suppose and it does rather compliment the tone of the instrumental too. It’s just not where I thought we were going after that opening is all. Don’t get too comfortable though because after not too long we transition yet again, this time into what I can only best describe as the Hip-Hop version of a summery Pop Punk/Ska song. It’s actually really catchy and works so much better than you probably think it would based on how it reads on paper. I’m pretty big into Pop Punk and Ska too so that probably helped my enjoyment here a bit too. That’s pretty much the direction that the track then takes for the most part, save for a few bass heavy wubs and a drop or two to change things up a little every so often. I really enjoyed the flow of the track, though there was a sense that it was about to spill over with energy and it never really got there. That said, the feelgood nature of it all and a rather catchy chorus make for a very enjoyable listen that I would encourage everyone to partake in at least once. 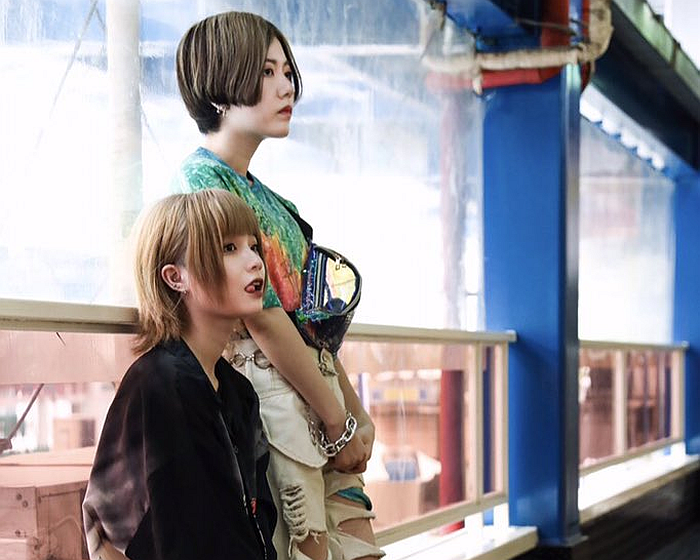 “Rainbows” is the sort of fun, lighthearted song that I think a lot of people probably need at a time like this. Granted if you’re not into Hip-Hop or perhaps more…creative takes on the genre then you might not care for this track as much as I do. However, if you’re open to something a bit different but with plenty of feelgood moments then this track has got all of that in spades.

It doesn’t seem like Los An Jewels are letting their recent line-up change slow them down too much here. In fact, this is probably my favorite song of theirs so far and if it isn’t then it’s really close. Hopefully they continue on with this steady release of new music because even if it isn’t always to my tastes I at least know I’m going to be getting something interesting to listen to in all likelihood and that’s never a bad thing. One of 2020’s sleeper groups as far as the Western fandom is concerned, more people need to be talking about these songs!

Enjoy the content? Consider supporting the site on Ko-Fi for as little as £1.
Los An Jewelssingle reviewtapestok records
0 comment
FacebookTwitterTumblrRedditEmail