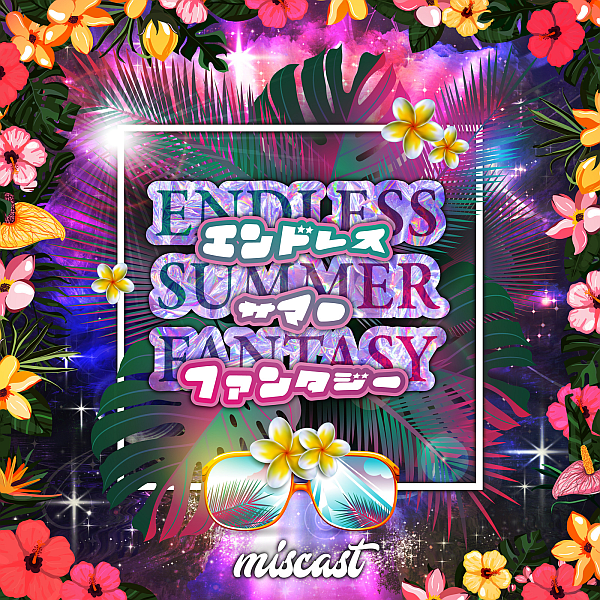 My thoughts on “ENDLESS SUMMER FANTASY”, the latest digital single from miscast.

It has certainly been a rather interesting couple of months as the Idol scene has tried its best to navigate what have been some truly unprecedented times. Some groups chose to keep the powder dry for the duration, while others have been releasing new material at such a breakneck pace that you would be forgiven for thinking that this website had turned into a fansite of sorts instead of the humble review blog that I’ve been cultivating for the past however many years.

Nagoya’s miscast have been one such group embracing the situation and releasing a slew of new material over the past couple of months. To the point where lately it feels like I’ve been reviewing them practically every other week. If you’ve missed any of those articles you can read them here, here and here by the way. Kind of illustrates why I don’t tend to review one track digital singles if I can help it but exceptional circumstances call for exceptions to be made and all that.

So yeah, “ENDLESS SUMMER NIGHT” is the latest addition to the rapidly expanding miscast discography. They’re billing this one as “a song with a summer feeling that has some sadness” or something to that effect, so I guess technically this is the first summer song of the year. It also seems to suggest that the EDM themes the group have been experimenting with of late will continue to be a feature because I can’t imagine a summer themed Hardcore song. I could be totally wrong on that though, but either way I’m intrigued and impatient to have a listen so let’s get this review going so I can check the track out. 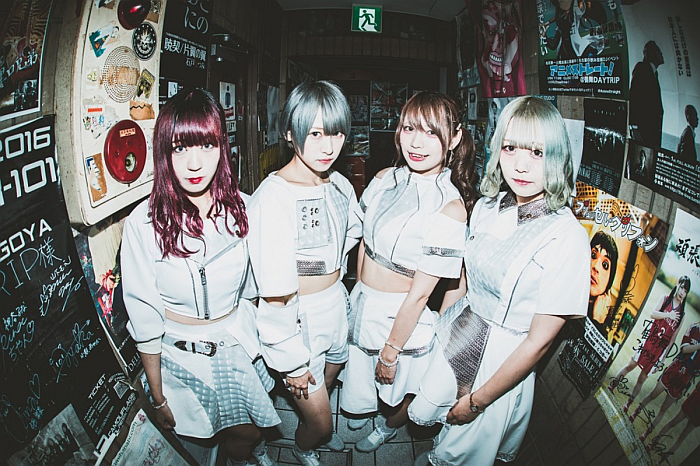 miscast advertised this as a summer song in both the title as well as the press blurb for its release and indeed that is what we’re presented with here, though not quite in the way that I was expecting honestly. I was expecting some kind of summery, EDM style banger but instead miscast have opted for an equally summery Pop Punk number which I doubt many people would have seen coming given the group’s recent musical direction. It’s not the most technically complex thing you’ll ever hear but it’s Pop Punk…with some incredibly heavily vocoded vocals which kinda feel like they’re a bit too processed but are providing much of the melody, so there’s that. The choruses on the track are more like breakdowns honestly, taking on this heavily distorted EDM style with the vocals turning harsh and grainy which is a little jarring initially but you get used to it after a while. It probably also helps that there’s an increased synthesizer presence in the Pop Punk parts of the track after the initial chorus too. An unconventional blend of musical styles in my opinion but by the time the song is racing towards its conclusion miscast have achieved a nice blend of both. Kinda wish the vocals weren’t so vocoded throughout but that’s the house style now it seems and they were pretty catchy on the whole too so this should be a pretty enjoyable one for most, depending on your tastes of course.

miscast have used the global pandemic and resulting lockdown to really experiment with their sound and try a bunch of new things. Some people might not like the direction that the group appears to be heading in currently but I think “ENDLESS SUMMER FANTASY” is a very enjoyable song and an example of how a group could perhaps push the boundaries of EDM a bit further in 2020. That’s just my opinion though.

I figured that miscast were done releasing new songs about 2 digital singles ago, so I’m not even going to speculate on if there’s more new material coming soon or not anymore. I certainly hope so as they’ve been providing some pretty interesting takes on the EDM genre and while I’d prefer my vocals to be a bit harsher than more on the robotic side, you can’t really argue that the material hasn’t been good quality stuff up to now.