[Review] miscast – Midnight Through the Night 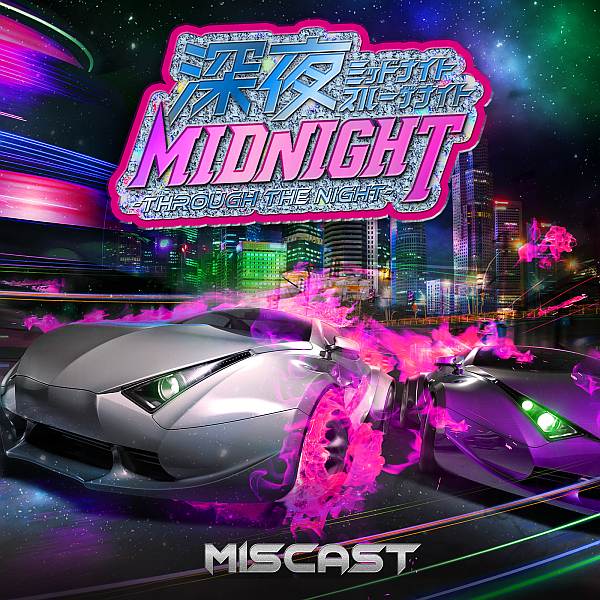 My thoughts on “Midnight Through the Night”, the latest digital single from miscast.

1. Midnight Through the Night

Back in my day, long before the term “Alt Idol” had ever been coined or any of the groups we all know and love had even come into existence, digital downloads and streaming just didn’t exist. As such, given the (albeit slow) adoption of these platforms by more and more Japanese Idol groups over the past year or two, this old man can’t help but feel that we’re living in something of a golden age when it comes to just how accessible all of this stuff is now. Especially given recent developments which have accelerated this movement quite considerably.

miscast aren’t exactly known for releasing a ton of music, not just digitally but in general really I suppose. I imagine part of that is to do with the line-up instability the group has suffered from for much of its existence, but they’ve been doing a lot better on that front as of late. The also started the year off on a pretty strong note with the release of their “23:00PM” digital single (review here) and despite me hoping they’d follow that up sooner rather than later I wasn’t really expecting to hear anything new from the group this soon.

Well, miscast have surprised me with the release of this new digital effort “Midnight Through the Night”. It’s just a one track release but hey, in the times we find ourselves in currently I think we’ll all take whatever we can get right? The cover is giving me some old school Eurobeat vibes for some reason, though I doubt that’s what’s going to be on offer inside but who knows. Perhaps it’s going to be some crazy Eurobeat/Hardcore mash-up, the only way to find out is to actually take a listen so let’s get to doing just that.

Well, I’m not quite sure you would call it full blown Eurobeat but there’s definitely an element to it in the song’s opening instrumental. Once it gets its legs under it after a slightly sputtering start at least. Lots of bright, upbeat synthesizer melodies but with a slightly darker, more distorted bass element to kinda keep with the overall mistress theme. Well, that’s until the vocals come in anyway because I’m not sure I’ve ever heard mistress get quite this vocoded and modulated, though it does pair well with the instrumental I must admit. Said instrumental does a pretty good job of building up tension during the song’s opening verses, though maybe a little too cranked on some of the distortion elements for my personal tastes. Then in comes the chorus and things go really Eurobeat on us with a super high tempo synthesizer instrumental containing some rather catchy hooks that really nailed what they were calling back to. The vocals get even more modulated and a bit more high pitched here, which works for the style and they threw in a few harsher moments too just to again keep everything somewhat connected to the group’s core sound. I especially liked the breakdown towards the end of the track where that darker, harsher side finally got a proper chance to shine but on the whole I think they struck a pretty good balance over the course of the song. Not what you’d normally expect from mistress but a fun time nonetheless.

I suppose your enjoyment of this single is going to hinge on if you’re much of a fan of Eurobeat or not. If you are then this is a fun take on the genre, with a bit of a hardcore influence added in for some additional flavor so kudos to mistress for adding a bit of originality to an already rather well explored genre. Lots of energy and hype on offer here as well, and I imagine this song is pretty epic in a live setting too.

It’s hard to imagine that this is going to be a permanent shift in musical style for mistress so I’d assume they’ll be back to their usual stylings on their next release, which I will be reviewing here in a little bit actually. As a one off or occasional thing though, stuff like this is a pretty fun and cool thing to do. Or hey maybe I’m wrong and Idol is about to go through a Eurobeat revival in 2021, though I’m not sure how many if any of us would be ready for something like that to occur.

[Review] GO TO THE BEDS & PARADISES from GANG PARADE – G/P