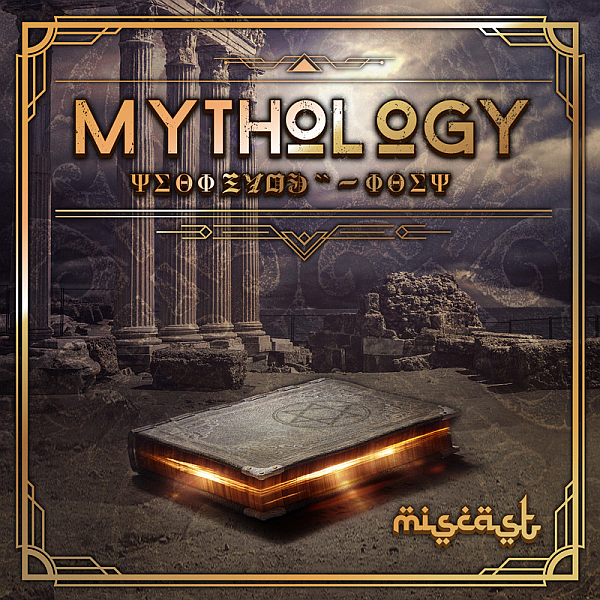 My thoughts on “Mythology”, yet another new digital single from miscast.

While many groups in this scene we call Japanese Idol have been hampered by the unfortunate circumsatances we’ve found ourselves in of late, there are also several who are doing their best to soldier on regardless. This tends to manifest in various ways, from online streams, to merch stores springing up left and right, as well as a few slightly less conventional gimmicks, stunts and what have you. You make do as you best you can right now folks.

miscast appear to be taking the rather simple approach of “release a bunch of new music”, all of which was probably planned before the world shut down but they’re staying the course by the look of things. This year has brought not one, not two, not three, but four new digital releases (with a fifth being released since I wrote this intro) from a group who were far from being considered prolific in their release of new music up to this point. Like I said, things are kinda weird right now.

The group’s past couple of releases have seen them experiment with a variety of Electronica and EDM elements to compliment their typical rougher Hardcore sound. They’ve been fairly effective with it, thought not exactly bringing anything that new to the table. This new single “Mythology” intrigues me though, because I’m not reading Electronica from that cover. That doesn’t mean much of course but you don’t really see these sorts of themes on Idol releases too often. Something new or just some fancy wrapping? Only one way to find out I suppose.

I wasn’t really sure what I was expecting honestly, but the noodley guitar riff that opens the song is pretty catchy to the ear and the drums are also providing a fairly energetic tempo to things too. A nice little bit of harsh vocals on show too which was also pretty cool to hear. When the first proper verse comes in I was taken out of the experience a little bit by the vocaded nature of the vocals, just wasn’t really expecting it I suppose though I did get used to it for the most part eventually. There are a few moments where things do get a bit too robotic for me personally, but some interesting little guitar riffs and such in the background help smooth things over some. It’s most apparent in the chorus to be fair, and it does somewhat take the shine off of what otherwise is a really energetic performance with a lot of catchy lines being thrown out. It’s still really enjoyable don’t get me wrong, and considering miscast have been adding more electronic elements to their recent musical output it shouldn’t really be too much of a surprise to hear something like this here I suppose. Outside of that we’re treated to a pretty chaotic sounding breakdown in the song’s bridge, which scuffed up the shinier edges of the song that all of that auto-tune had put so much work into creating. Honestly, this is probably one of my favorite miscast songs to date outside of a couple little things here and there. 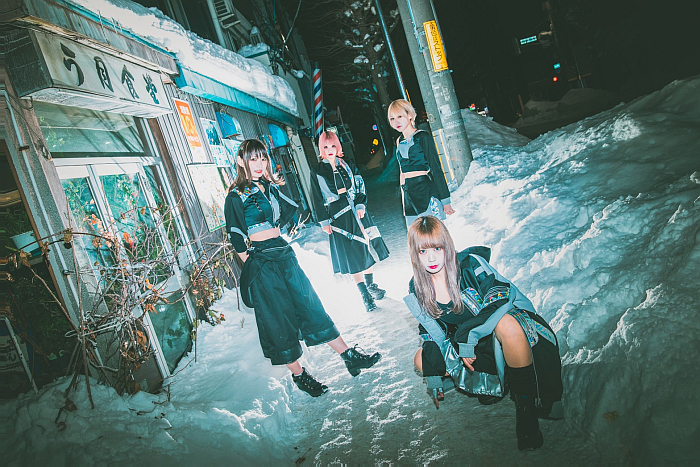 Like I mentioned, I wasn’t really sure what to expect coming into this one and I dunno if vocoded Digital Hardcore really screams ancient mythology to me but hey, you can’t argue that this track isn’t pretty fun to listen to. Obvious comparisons can be drawn to groups like PassCode and such and I think miscast make a good showing of themselves here. Certainly if you’re into Melodic Hardcore style music with a healthy coating of vocoder then I can wholeheartedly recommend that you check this digital single out.

Will we get yet another new miscast song before we know it? Heck, there could have been 3 or 4 more by the time this review come out for all any of us know. I think I wouldn’t mind a bit more in this single’s style honestly, granted it’s not like they’ve reinvented the wheel here or anything. It’s a very fun and exciting musical style though, and there are far worse that a group could be trying to get by on these days.