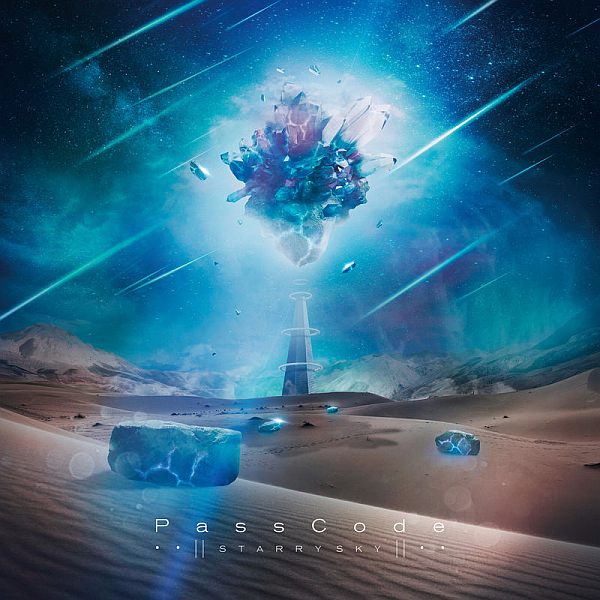 My thoughts on “STARRY SKY”, the latest single from PassCode.

It seems like, at least for the most part, if you’re an Idol group with any kind of major label backing then you pretty much had the luxury of writing off the past month or three as far as releasing new music or doing much of anything really was concerned. It certainly opened up the playing field for smaller groups with a lot less to lose but I can tell from social media (and my flat-lining analytics) that people are really missing new content from the bigger hitters in the scene.

PassCode are one of the few larger groups who didn’t end up delaying the release of their new CD until late June, or July…or even August in some cases. I suppose they don’t rely on release events and other such things quite as much as some of their peers do, but it does seem like a bit of a risk given they’re unlikely to be able to promote very effectively for the foreseeable future. Still, I’m sure there’s plenty of people out there who are thankful that they weren’t made to wait an extra month or two for this particular release.

Speaking of which, “STARRY SKY” is PassCode’s latest single and much like a lot of their recent output the title track has been designated for a tie-up. The tie-up in question being the theme for the TV drama “Inseki Kazoku” which has just recently finished its run. We all know the deal with tie-ups at this point but PassCode usually make them work pretty well to be fair, and even if that’s not the case this time we still have 2 other tracks to check out as well. Right, let’s get this review going and give you guys something that you actually want to read for a change.

Well despite it being a tie-up for a nationally syndicated television drama, title track “STARRY SKY” wastes very little time bringing in the ear shattering harsh vocals that PassCode are known and loved for. They are accompanied by a heavily digitized synthesizer melody, the likes of which you’d probably hear from bands like Fear, and Loathing in Las Vegas so pretty quality stuff on offer early. Then things get a little calmer, which is more the sort of style that I was expecting out of the track honestly. Nice bright melodies with just a touch of vocoder to tie back into the initial style a bit. There’s a few moments where the harsh vocals make another appearance but you wouldn’t say that they dominate the track in any real way outside of a mid-song breakdown of sorts. When it comes to the song’s chorus, I’m sort of in two minds about it if I’m honest. It has some nice energy to it and the lyrics are fairly catchy but it kinda feels just a bit too bright and vocoded, for me at least. They could have dialed it back a touch and probably had a slightly better result, but I’m not a producer so what do I know. Minor complaints aside, the ending sequence after a rather pleasant piano bridge is fairly chaotic and fun to listen to so they definitely end this one off on a high. Kinda tame by PassCode standards but they got away with a lot more than I was actually expecting them to here honestly.

The single’s first b-side is the rather awkwardly titled “Seize Approaching BRAND NEW ERA”. I have no idea how they came up with that one but boy does it look rough written down on paper. The song’s opening verse also appears to be sung in English, though it’s kinda hard to make out due to how quickly the lines are flowing together, while also being fairly well vocoded on top of that. It sounds fairly catchy though, I’ll give it that. One blood curdling scream later and the song is in full swing, taking on this sort of Industrial EDM style with some slap bass providing an element of funk that isn’t at all out of place somehow. Quite a lot of vocal variety on offer as well, with various styles from Rap, to Pop, to harsh screaming all with at the very least (and in some cases way too much) a mild amount of vocoding applied. A fairly chaotic mix of styles but it does work for the most part, though I could do without the more heavily modified, robotic sounding vocals honestly. The chorus is a pretty hard hitting, floor filling EDM banger on the instrumental side of things, though it is kinda lacking vocally with a bunch of “Woahs” and the song’s title being the bulk of the content in that regard. It’s a nice listen though so very minor negative points there. That said, I wasn’t expecting the track to end off sounding like a heavily vocoded Power Ballad but they did throw pretty much everything at this track so I guess the kitchen sink was the next logical thing. A ton of stuff going on here, so multiple listens are encouraged for sure.

Rounding out the release is “Tramonto”, which Google-sensei tells me is the Italian word for “sunset” apparently. Who said that these reviews weren’t educational? The instrumental starts out in this sort of mid-tempo rhythm and mostly sticks to it for much of the song. It’s pretty bright and optimistic sounding, and doing some pretty interesting things with synthesizer melodies to accompany the soft Rock style instrumental that they’re using as the basis for everything. The vocals eventually come in and confirm your suspicions that yes this is indeed a Ballad folks. The vocal performance is about what you’d expect from the style, understated but with some great emotion and vocal range being shown off by all of the members. I’m a little disappointed that they vocoded some of it because it doesn’t really need it but I guess it’s the “house style” for this group for better or worse. Things liven up a bit for the choruses, with the instrumental getting a bit chaotic and muddy as the vocals soar above it. Not the catchiest lyrics that you’re ever likely to hear but they’re pleasant enough to the ear and the overall performance is good. Not too much else to say about this one really, in all honesty if you told me this was the tie-up song I’d have an easier time believing it than if you told me “STARRY SKY” was which is something interesting to think about I suppose.

All things considered, “STARRY SKY” is a pretty solid release…for being a tie-up and all. PassCode definitely got away with a lot more than I was expecting them to here, which was pleasantly surprising. That being said, I wouldn’t say any of the 3 tracks here really blew me away with an awesome moment or anything like that. It’s pretty middle of the road but still enjoyable enough stuff and there’s nothing wrong with that, so don’t think I’m saying that there is.

It should be interesting to see where PassCode go from here on their next release. They’re kinda on the tie-up train now it would seem so whether that has an increasingly detrimental impact on their musical output or not will be something to pay attention to in the coming months. There’s still fire in the belly of the beast though so I expect the group to come out swinging on their next release, whenever that might be.

Enjoy the content? Consider supporting the site on Patreon for as little as $1 a month.
PassCodesingle reviewuniversal music japan
0 comment
FacebookTwitterTumblrRedditEmail