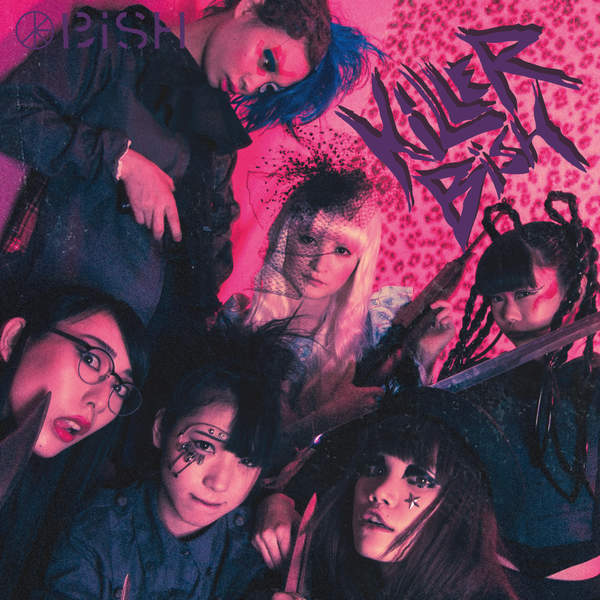 Get used to seeing their name for the rest of this article. BiSH was a total home run for me this past year, and their first major album is the height of that. I don’t think there is any circumstance that I would ever skip a single song on this album. The likes of “Orchestra”, “Am I FRENZY??”, “Hontou Honki”, and even the honorably named “IDOL is SHiT” are going to be songs that I come back to regularly for years to come, and everything else in the album is quite memorable too. This was the year I really started to dive into alternative idol rock stuff, and albums like this make me so glad I did.

How did others fare? Let’s see!

I’m really in love with how this album list turned out. It’s such an awesome example of how much my interests have diversified since the AKB48 bubble burst. Well, burst for me. You like what you want. Dream5 really hit a home run this year with the mini-album “Colors”, and the promoted song “Futuristic” got such a beautiful PV. I guess it’s lucky this album was so good, because little did we know at the time it would end up being their last release.

On the insane side of the idol realm, Wa-suta practically owned the genre. “Ultra Miracle-cle Final Ultimate Choco Beam” set the western fandom on fire in a way not often seen anymore. While their album stuck to the bubblegum pop iDOL Street loves to put out, it was very diverse in composition and made for a very fun listen.

Especia’s “Carta” was a beautiful album from start to finish. Their style was so good, man. I say “was” because as we all know their style changed recently with the departure of three members and a move from Osaka to Tokyo. Quite frankly I think the new Especia fucking sucks. That New Wave Pop or whatever they call that annoying noise is absolutely awful to listen to, and the full-English lyrics sound really bad. But hey, Wakita Monari’s new solo career seems to follow Especia’s old style so far, and there’s always their amazing back catalog to go to, so that’ll do.

BAND-MAID was a game changer for me in 2015, and their music and videos remained very, very high quality in 2016. Pretty much every time I reviewed them they received well deserved five stars. This album continues their trend of exceptionally well done music. The group has also started producing their own stuff, adding even more awesomeness to their formula. So far they can do no wrong with me, so I’m excited to see what 2017 brings for them.

PassCode is new to me this year, and they have totally joined my personal Alt-Idol revolution. I love their mix of retro gaming audio and rock styles. Really well done stuff. Q’ulle’s album was also a very fun listen even if all it did was mostly bring a lot of their past songs together. The new content was pretty nice too. Oyasumi Hologram changed my playlist up from the growing rock music to something a little more fuzzy and awesome. Big props to Garry for introducing me to this group. They have become a staple of my music sessions and this album is my personal favorite from them this year. Super Girls and Fudanjuku also make the list this year. Mostly I just like these albums for bringing all their singles together, but so much so that they deserves a spot on the list.

As we wrap up the releases, I just gotta say this was a great year for music. Quality was high and quantity was more than satisfactory. Lots of groups did terrific things this year and it was awesome to listen to. I’m hoping this trend continues into 2017 because it has been an awesome ride for idol music, vanilla and alternative alike.