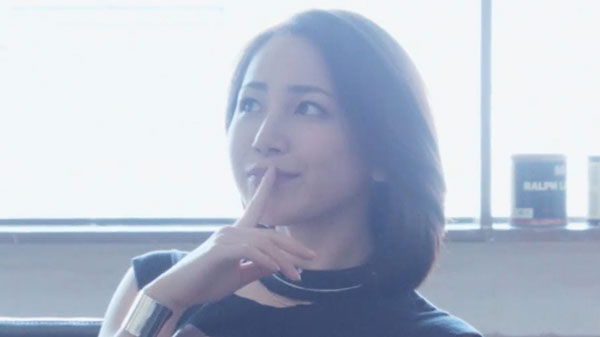 Like pretty much every release from UP-FRONT WORKS lately, Kikkawa You’s new single is a double-A side. This time around, we’re treated to a kinda meh pop-rock song and a pleasant but unmemorable PV.

Don’t get me wrong, this PV has nice visuals. I mean, it’s hard to go wrong with Kikkawa You on the screen. I can give this PV props for the outfits. It feature two rock-inspired outfits that have a lot of accessories to them. Bracelets, chokers, everything you’d expect for a rocker girl theme. It’s no secret that Kikka’s pretty gorgeous and knows how to play up to the camera. In that regard, of course the PV delivers.

Unfortunately, the rest of the PV is just kinda there for the ride. The camera work is practically non-existent. Most shots are totally still and kinda dull technically. What shots do move around look like they were filmed on a cell phone, and even go as far as including some wacky overlay effects like we’re seeing on Twitter on a daily basis. The PV also puts multiple shots on the screen. Sometimes they are different, other times it’s the same shot repeated for effect. I’m really not a fan of this gimmick, but some of the shots are pretty nice at least.

As far as the other technicalities of the PV, there really aren’t any. There’s no dance shot at all. Most of the shots are just Kikka looking badass, which is cool, but it’s hard not to notice the lack of content in this one. It really feels like a B-side PV.

As for the song, I feel very similar. It’s an average light pop-rock song with instrumentals that aren’t bad, but aren’t the least bit memorable. Kikka’s singing feels underutilized in this one to an extreme degree, and that I really dislike. Her voice may not be the most impressive, but she has been able to use it in amazing ways, and this song does not demonstrate that at all. Sadly, in a jam session this one would be a total skip.

Were it anyone else, this PV would have been a two-star at best, but Kikka’s ability to flirt to the camera is second to none so only she could make something so bleh so…meh?