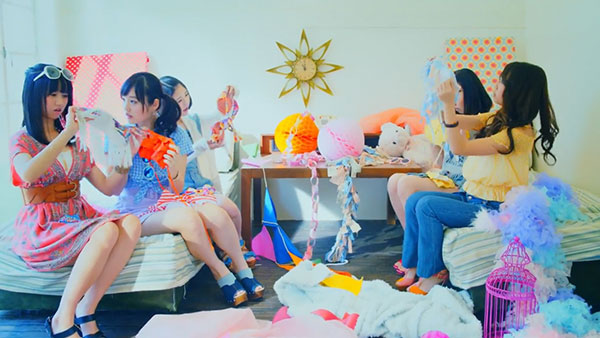 PV Roundup is back! This may not be Top Gun, but we’re definitely going to the danger zone.

Hi everyone. Sorry for the week off I had with PV Roundup. May can be a pretty chaotic month at work, and sometimes the exhaustion takes over after hours. As always, my articles here are provided on a best effort basis because, as much as I wish it did, rambling on the Internet doesn’t pay my bills. I never even intended this to be a weekly scheduled thing, so I’d say I’m doing pretty good so far. Anyway, less excuses, more idols. 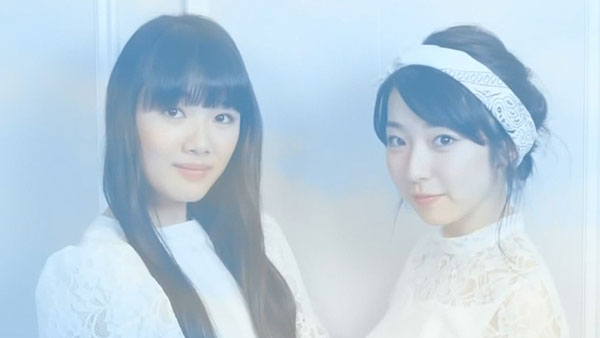 Dorothy Little Happy got the short end of the stick when callme split off into an independent group, but these girls are not to be underestimated. They’re still doing pretty good as a duet which I’m glad to see. I still contend that DLH was one of the best idol groups we had musically, so it’s great that both groups are still doing very well. This time around, we get a video that’s very low key and “nice”, but so nice that it’s good. That’s a lot of adjectives.

One thing we’ll notice right away is this PV is in love with the color white. We get only one set of outfits that are totally white. There’s not a lot to say about them. Takahashi Mari gets a one piece dress while Shirato Kana gets the shirt and shorts treatment. They’re nice but ultimately bland. Kana’s has some lace accents on the top but that’s literally it.

The PV’s white love (props if you get this ancient reference) continues on with the set that features a cloudy yet bright sky, a blue and white tiled studio shot, and one shot of color with a brick walled set. All of this doesn’t look bad but it does feel kinda cheap. I guess “no frills” would be a more positive spin on it. In any case, it’s kinda meh to look at.

Probably the best thing going on with this PV is Shirato Kana. Sorry, but I must fanboy a little. I don’t talk about her much as Dorothy Little Happy isn’t active in the magazine or gravure scene, but if I were able to sculpt a girlfriend from the ground up, I would just put her picture on the girlfriend xerox machine and press the Go button. She is one of the prettiest girls I have ever seen. I just love her looks, and does she look ever so gorgeous in this PV. Her hair looks so nice tied up and the leg game is strong. Her expressions are also on point. She’s just beautiful. As the kids say these days, I can’t even with this girl.

Anyway, fanboying aside, what else? The technical side of this PV is equally just okay. The dance is more a “wave your hands” type of thing than any epic moves, but that’s not usually DLH’s thing anyway. The camera work is downright stiff. The shots are mostly front facing and there is very little panning going on. Luckily, the shots have a good height to them and everything does look nice, if not kinda still. Once again, the cute girls kinda make it all work.

As for the song, it’s good, but maybe a bit too bland. It’s a fairly typical Dorothy Little Happy song and very upbeat. The instrumentals aren’t as strong as some of their previous songs, and aren’t very memorable to me. They’re pleasant enough, but really could use some more power. The vocals however are as pleasant as ever.

I’m really impressed with how these girls adjusted to being a duet. Granted, neither of them have a super impressive voice that’s gonna be belting out epic notes, but they do what they do very well. As a whole this release is nice, just a tad short of my expectations for this group, which are admittedly a little high.