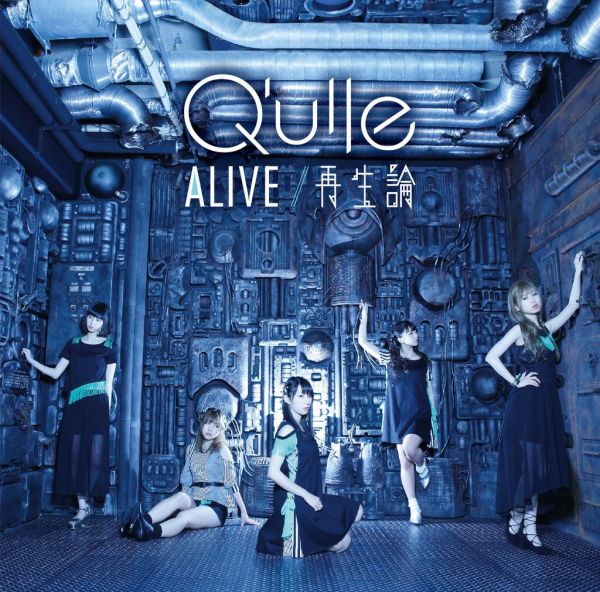 My thoughts on the 5th single from reborn DANCEROID group Q’ulle.

“Shall I compare thee to a summer’s day?” muses the speaker in William Shakespeare’s famous “Sonnet 18”. While all of the ladies in Q’ulle are quite lovely, I think they’re more comparable to a phoenix than a summer day myself. You’re probably wondering what the point of this lead-in even is, and trust me there is one. Although to be honest, I did also kinda want to show off how incredibly on point my reference game is.

So back to this phoenix business, as many of you know before there was Q’ulle there was DANCEROID. They were net idol dance group formed in 2009. They released one single and a handful of DVDs before their disbandment in 2014. Moderate success would be a fair assessment of those 5 years, but there’s only so much you can do as a group that’s primarily known as a dance group. The formation of Q’ulle looked to improve on that.

And improve on it they did. For me and a lot of people I talk to, Q’ulle was the breakout act in the idol genre in 2015. They released 4 singles and an album, and you’d be hard pressed to find a major fault in any of them. “Alive / Saisei Ron” is the group’s first single of 2016 and I’m sure a lot of people have been eagerly anticipating it. Let’s see how it measures up.

This is a double a-side deal, but “Alive” is listed first so let’s open with that one. The title is very simple but also quite powerful, which is reflected in the PV for the song. I think a lot of us get caught up in the day to day grind of life and it is easy to switch off to a lot of things around us. I know I personally have to take time out every so often to remind myself what it’s like to feel alive and not just be a slave to the machine.

“Alive” as a song certainly does a good job of breathing life into you, in my opinion anyway. It has a very catchy EDM style instrumental, which I guess replaced the vocal hook that this song lacks. I like the energy that the song has, and even the rap style intro is pretty great even though I’m totally over idols rapping at this point.

While certainly not the best song that Q’ulle has ever released (and the sample size is still really small anyway), “Alive” is definitely a very solid entry in their discography. Hopefully they put out another live DVD at some point, because I’d be interested to see how this translates to a live setting.

Up next we have the single’s second a-side (please, stop this nonsense) “Saiseiron”. I have no idea if I’ve written that correctly or not but I’m committed to it at this point. Google Translate says it means “play theory”, which could also be right or wrong as far as I know. I should probably brush up on my Japanese at some point huh?

Anyway, “Saiseiron” also follows the electronic dance music template, but in a much harder style than “Alive” does. If “Alive” was something you’d play in a typical nightclub, then “Saiseiron” is something you’d be playing at a basement show or similar setting. I really like how the wove together each of the girls’ vocal parts in this song and I also liked the little solo interlude they did in the middle. It’s pretty basic, but it’s uncommon enough to stand out and be interesting.

“Alive” and “Saiseiron” are a pretty good example of how two songs in the same genre can vary in style and sound greatly. No one would claim that either song is incredibly original, but there are a lot of really interesting techniques and flairs thrown into them if you take the time to notice. 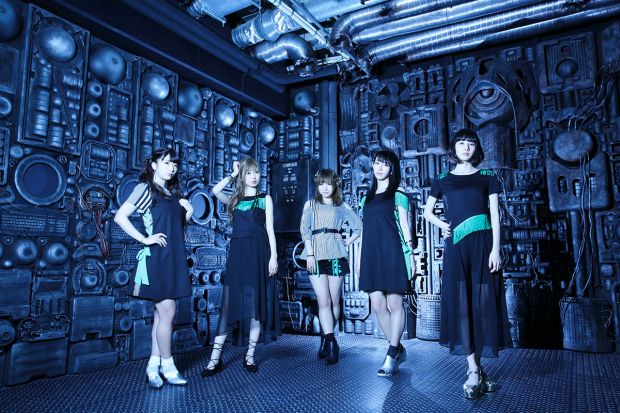 Also included as a b-side on the limited edition of the single is a cover of “GO!!!” by FLOW. If you watched Naruto back in the day then you’re probably pretty familiar with this song. Well, in a shock twist Q’ulle have put a punk rock spin on it and I have to say that it’s really, really good. Unfortunately it doesn’t have a PV but it should be fairly easy to track down if you’re interested in hearing it for yourselves. It might actually be my favorite song on this single.

As a complete package, “Alive / Saiseiron” is a really great single which is something that we’ve come to expect from Q’ulle. They’ve slowed their release schedule down considerably this year but the quality is definitely still there. If you liked what you heard here and aren’t familiar with Q’ulle’s back catalog, then I’d suggest picking up their “Q&A ‐Q’ulle and Answer‐” album as your next move.