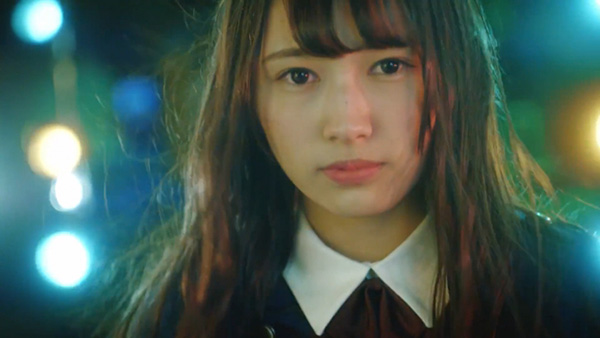 This week’s PV roundup features some old favorites, some weirdos, and a whole new set of idols I’ve fallen for. Because if there’s one thing I really, really needed, it’s more idols to follow. *bangs. head. on. desk.* I blame Watanabe Rika! 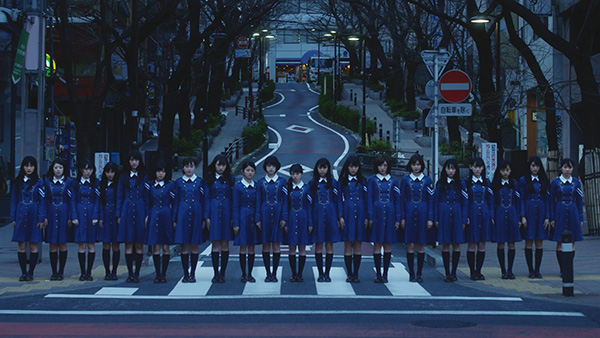 When Keyakizaka46 was announced, I decided to just ignore them. And for a while, I did. For better or worse, an episode of “Keyakitte Kakenai” caught my eye in which they were doing the cooking segment. I decided to have a peek, if for nothing else to relive some of the better “Nogizakatte, Doko?” days. Man, I miss that show.

Whether this was a good or bad idea is up to interpretation. In that episode, I discovered one of the most klutzy, borderline hapless idols I’ve ever seen: Watanabe Rika. This lead me to learning more about her and naturally the group, and after seeing more of her I’ve totally fallen for this adorable, gorgeous ponkotsu girl and her group. Aside from being such a goofball, she’s quite lovable and gives off a very genuine feel. It’s fairly clear she wants to be a good idol despite not having the typical personality of one. She’s the kind of girl that’s fun to root for. It’s pretty much the same reason I fell for Sasshi several years ago. 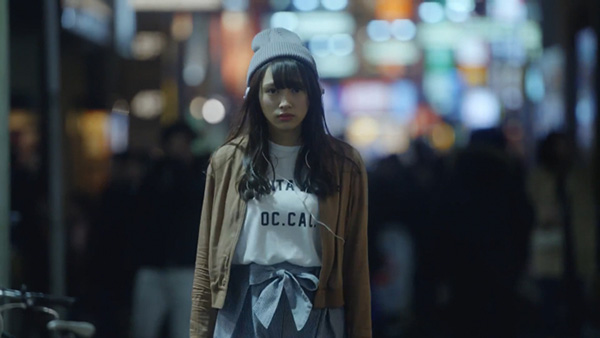 So yeah, I’m a fan of this group now. Whoopie, more idols to keep tabs on. Heh. Well, here we are with their debut single. It looks like I joined up at just the right time, because it’s a damn good debut.

The video largely takes place on a construction site where the dance shot and a majority of the smaller group shots are filmed. It’s stylized a bit with some decently done lighting resulting in some nice lens flare effects. It’s just enough to give some life to an otherwise dull set, but not bad enough to be blinding. There are also some solo shots of a few particular members, namely the first row of girls, but the only ones to get the more extensive shots are center Hirate Yurina, Suzumoto Miyu, and Watabane Rika.

Putting my bias aside as best I can, it feels like Rika is second-in-command of this single. To my delight, we see quite a bit of her in this video. Putting my bias hat back on, she looks the best in the civilian clothing shots. Ahem. The rest of the group gets very little to no solo camera time. The whole thing very much sticks to a group formula. 99% of the PV features the girls in their uniforms, which look like something out of a military anime. They’re actually very nice outfits with a nice amount of detail and a really stand-out color.

I think the girls do an above average job in this PV as far as a debut goes. The video and song definitely aren’t watered down for a debut in my opinion. The solo shots are all very well done, and there’s pretty much no deer in the headlights effect going on for any of them. The dance shots could be a little better in the timing department on some member’s part, but it’s not terrible.

Song-wise, I love it. I’ll just lay it out there. It’s some kind of really awesome lovechild of a Nogizaka-like style and AKB48’s “Kaze wa Fuiteiru” to me. It’s definitely got a “46 Group” flavor, but it also has a good kick to it. I love the instrumentals, and the vocals of this group as a chorus are very nice. Some parts of the song even feel more diverse than what Nogizaka46 has delivered thus far. With time, experience, and practice, these girls could really be amazing in a few years.

Sadly, we only get a few quick non-chorus moments. Aside from a few moments where they break into smaller vocal groups, we don’t really hear much from them solo. Hirate Yurina gets a really short solo bit at the beginning, and it’s actually fairly impressive. Her voice has an Akimoto Sayaka-like flavor to it, which makes me very excited for her future potential.

It’s kinda funny how the groups I would prefer to avoid at first end up being so impressive. Better late then never, right?