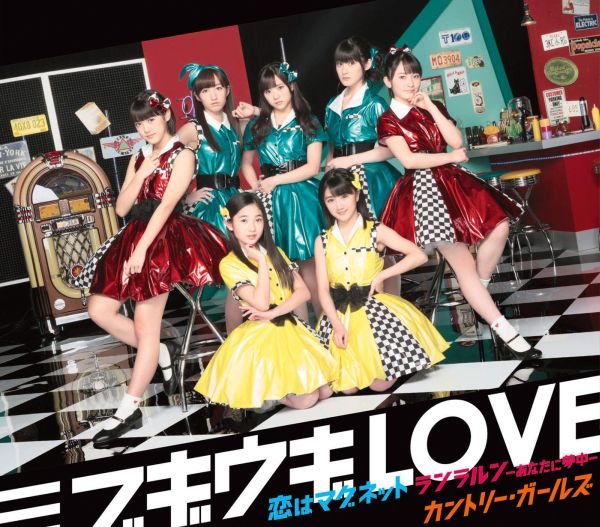 My thoughts on the third single from re-branded Hello! Project group Country Girls.

2015 was the very definition of a roller-coaster ride for Country Girls. Their re-debut (I doubt many people remember their first go-around) with “Itooshikutte Gomen ne / Koi Dorobou” was warmly received by pretty much everyone I know and people had high hopes for the group. Especially Shimamura Uta. You couldn’t have asked for a better start.

Well, that didn’t last very long. Shimamura Uta peaced out of the group not even 3 months after their re-debut. What followed was a rather dark period, with much sadness being expressed by practically every fan of the group that I know. A new single followed a few months later in the form of “Wakatteiru no ni Gomen ne / Tamerai Summer Time” but all anyone was still talking about was Shimamura Uta. She made quite the impact.

Well, 2016 is a new year and while I’m sure the group wasn’t exactly looking for another fresh start this soon, that’s exactly what they’ve got here. Their new triple a-side single “Boogie-Woogie LOVE / Koi wa Magnet / Ran Ra Run -Anata ni Muchuu-” sees the line-up bolstered by the addition of Yanagawa Nanami and Funaki Musubu, two rather underrated up-and-comers. Are the songs good though? Well, read on if you want to hear my thoughts on the matter.

“Boogie-Woogie LOVE” lives up to its name and delivers exactly what it states on the packaging. I’m pretty sure I’ve said this before in another review, but this revivalist movement is definitely a thing, so expect to keep seeing more and more of it as the year unfolds in front of us. It’s not like Japan ever needed an excuse for a throwback, but with retro being the new popular thing with the kids you can bet they’ll keep going back to the well for more.

The song itself draws on various elements, the obvious being boogie and blues, which I guess is a good thing because if you’re going to call a song “Boogie-Woogie LOVE”, it better have some boogie in it. It’s all very smooth, if not rather melancholic, another typical feature of boogie. Full marks for authenticity there.

While we’re here, it would be remiss of me not to mention that everyone seems to be comparing this song to Morning Musume’s “Mr. Moonlight”. I mean, I guess in the most technical of terms they are somewhat similar. I get that it’s the internet and we all love to compare things, but I feel like “Boogie-Woogie LOVE” is more than different enough to stand on its own. That’s just my opinion though.

The retro vibes keep flowing as we move on to “Koi wa Magnet”. This is very much the quintessential mid-80s synthpop style, with no real updates or new spins put on it. That suits me just fine, because I love me some 80s style synthpop, but if you’re hoping for some kind of modern twist on a classic then you’re going to be left feeling disappointed.

I don’t think that’s a bad thing though, sometimes it really is best not to mess with a classic. Unless of course you’re doing some kind of Vaporwave remix, those are pretty cool. Actually, I could see someone chopping this song up and using elements of it in a Vaporwave track. It has more than enough aesthetic, so it would fit right in.

So at this point a lot of you have probably decided how you feel about this single (I’m also posting this review a week or two after release). If you’re not into all this retro stuff then you’re probably not having a very good time so far. There’s still one song left though, so let’s see how Country Girls round this one out.

So we’re all here enjoying some chill retro tunes and then along comes “Ran Ra Run ~Anata ni Muchuu~” to crash the party. It’s kinda hard to pin this song down to a specific genre, but if I say it sounds like a kids’ song then hopefully that’s enough of a descriptor for all of you. It’s definitely nothing like the other two songs on the single, that’s for sure.

You know, the more I listen to this song, the less I find myself enjoying it. I know it’s a cover of “I’ve Told Every Little Star” by Linda Scott or whatever, but I can’t say I’m familiar with the original so it’s not like my judgement is being colored either. The song isn’t really bad or anything, but it’s not really the kind of thing that I’m into. It’s hard to explain, but it’s just a bit too childish and there’s not really much there for me to get my teeth into.

It’s pretty perplexing as to why this song was included on this single. There was a clear theme with the first two songs and then we just went completely off the tracks and into the wilderness for some reason. I’d love to hear the reasoning behind that decision but I doubt I’ll ever be in a position to ask. 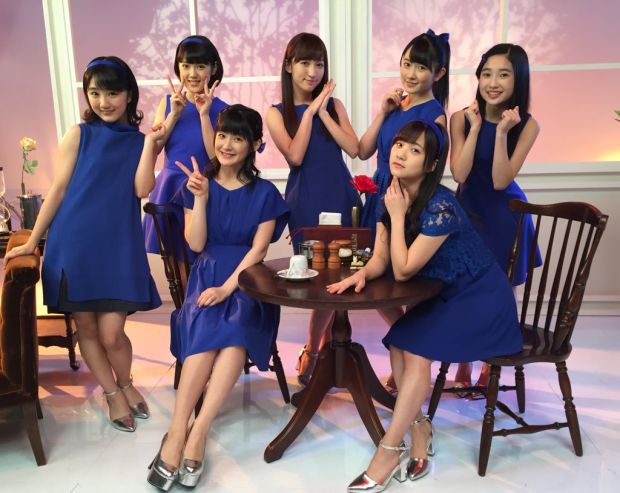 So there you have it, my thoughts on the new Country Girls single. I know it’s a day late or whatever, but I’ve been getting my ass kicked by the flu for the past week and a half, so just sitting down and focusing on writing this has been a struggle. Still, we got there in the end and the single is actually really enjoyable so that made it a bit easier.

Hopefully Country Girls continue to progress further in their still young career (well, Tsugunaga Momoko doesn’t count as having a young career I guess) this year, and hopefully no more unexpected line-up changes befall them between now and their next single, whenever that will be.