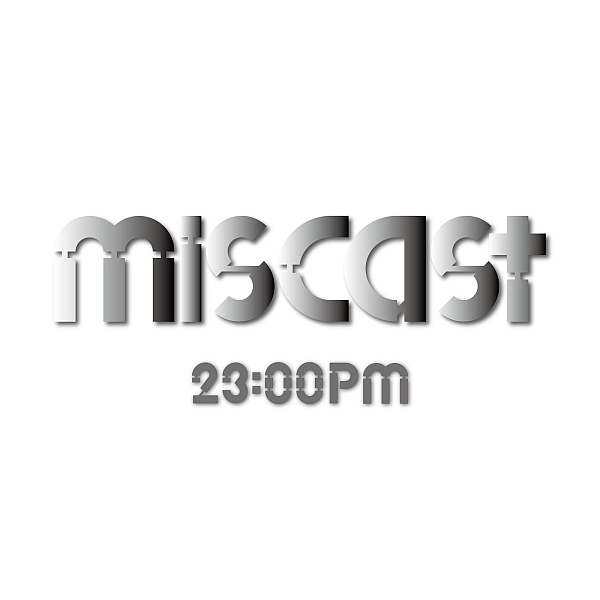 My thoughts on “23:00PM”, the latest single from miscast.

To a lot of people it probably seems like I’m pretty wired in to a lot of what’s going on with this whole “Underground Idol” thing or whatever you want to call it. Perhaps I’m giving myself too much credit there I dunno, but it works for where I’m trying to go with this intro. The point is, there’s a bunch of stuff I don’t have time to keep up with and that’s not even counting the groups that change names, line-ups, etc a bunch in a short space of time.

One of those groups is miscast, or Mistress, or The Mistress depending on how long you’ve been paying attention to this stuff. Yeah, the group has a pretty complicated history so even I just sort of threw my hands up in the air after a while and decided to let them get on with whatever they were doing. It was always my intention to check back in once they seemed like they’d figured things out but the opportunity never really presented itself until now.

“23:00PM” is the latest single from mistress, and the first one that I’ll be covering on the site I believe. Seems like they’re getting in on the whole naming a song title after a readout from a digital clock thing that’s popular these days for some reason. Outside of that observation though I don’t really have any preconceived notions about what this single is going to sound like. Its been forever since I’ve listened to a song from this group and I imagine things will have (hopefully) evolved a bit since then too. Open minded and willing to give things a chance, let’s do this.

“23:00PM” gets things off to an intense and also fairly chaotic sounding start with a pretty dense, stompy Metalcore instrumental being the weapon of choice here. There’s definitely a wall of noise aspect to much of the instrumental, with pounding drums and deep bass making up the bulk of it, but there’s also a slightly more melodic guitar riff involved too which helps to give the song a bit more balance. The only real vocals we hear for the opening 30 seconds or so are the odd low growl or grunt but when the first verse arrives it brings with it some pretty impressive harsh vocals. Not a super unexpected route to take but the quality was a bit surprising, though over the course of the track there’s a few rough moments but generally speaking it’s good stuff. There’s also a melodic element, so don’t worry it’s not wall to wall noise and screaming. Quite a lot of melodies actually, for the most part delivered with a decent amount of vocoding because go with what you know already works I suppose and it worked pretty well here too. I appreciated that they tried to keep the intensity up during these parts too by way of the drumming and the breakdown about three quarters of the way through was also a pretty cool moment. If you’re into your Digital Hardcore, Metalcore, etc sort of stuff then I’d recommend checking this track out.

The single’s b-side “raison d’etre”, or “Reason For Being” if French isn’t your strong suit, decides to head off in a slightly different direction to “23:00PM”. You can hear this right from the start with how much more melodic the song opens compared to the previous track. It’s still in a similar vein I suppose but with the instrumental leaning a lot more heavily on synthesizer elements and a much less abrasive compliment of guitars and drums. The vocals maintain a fairly heavily vocoded style throughout the track apart from the moments where things get broken up with some harsher material both vocally and instrumentally. It never quite gets to the levels of the single’s title track but it’s enough to keep things from getting too monotonous. There isn’t a whole lot I didn’t like about this track, the lyrics have some nice hooks and the instrumental is pretty strong on the melodies too. Maybe they could have gone a bit harder with the harsh stuff but I can see why they chose to avoid doing so too. Kind of interesting to note that they’ve pretty much just flipped the roles of each style from one track to the next but the results are no less effective. It does kinda end up sounding pretty similar to several other songs in the genre I will admit but there’s definitely a lot worse out there too.

On the whole I think “23:00PM” is a very strong single and miscast should be very pleased with their efforts here. There’s definitely something to be discussed about how much the songs wear their influences on their sleeves I think, but if you’re looking for originality out of every single thing a group puts out then you’re on a hiding to nothing honestly. We definitely didn’t reinvent the wheel here certainly, but I think we still had a pretty fun time.

Kinda hard for me to upsell you guys on other miscast stuff or what they might be planning for the future because honestly, they kinda focus on live shows and their domestic market for the most part. That’s probably another reason why I haven’t paid them too much attention of late and it’s not their fault nor should they be catering to me in the first place. They might not be a group that I can ever get super invested in but after this single I can definitely say that I’ll be looking forward to whenever it might be that they choose to release some more new music. And I think in this case that’s enough for me.