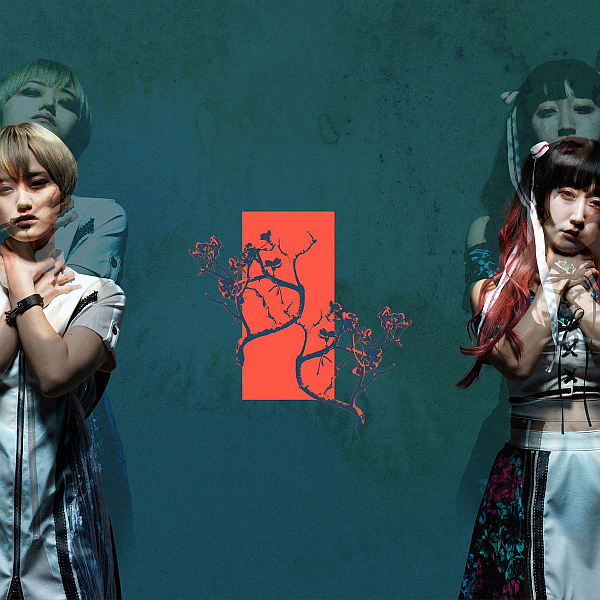 My thoughts on “Still Roaring / REDERA”, the latest single from Yukueshirezutsurezure.

I’m not sure when it happened, but at some point over the past 8 to 12 months or so codomomental really conditioned me to just sort of assume that anything “new” that their groups put out is just more re-recorded material. It’s an incredibly unfair thing for me to think obviously, but that’s just the reality of the situation. 2019 was a bit of a write-off if you were looking for new material from the majority of their properties, but a pretty great year if you were only just now getting into them

2020 is a new year though, and for Yukueshirezutsurezure it also means that it’s finally time for some brand new music. Can you believe that their last single came out in July of last year? And that all we’ve had since then are two re-record albums? That’s kinda crazy, but also somewhat expected I suppose given the very large Shidare sized hole that the group spent a pretty decent chunk of last year trying to smooth out and paper over.

The results have been a little bit mixed in my opinion, but I really do like this group so I’m prepared to give them plenty of chances to impress me once again. Like here today on their latest single, the double a-sided “Still Roaring / REDERA” which is only the second time we get to hear material recorded with new(ish) members Kotetsu and Takara in mind. Should be interesting to see how things have developed in the time between new singles and with two re-record albums now under this new line-up’s collective belt. How about we just cut right to the chase and get into it.

The mildly fuzzed out piano that kicks off lead track “Still Roaring” caught me off guard a little I must admit. It’s not something that you would typically associate with Tsuzrezure after all, well at least I wouldn’t anyway. The very bright and melodic lead guitar that soon accompanies it then had me questioning if I was listening to the right single in the first place. It’s very pleasant, don’t get me wrong but this definitely ain’t your grandpa’s Tsurezure folks. Vocals eventually come in, with something of a grainy filter applied to them to tie in with the mild fuzz of the instrumental. Very emotive stuff, though a little lacking in energy for my tastes but the subtle orchestral shift that the instrumental goes through in response is a perfect accompaniment to things. There’s a sense that something is being built up to; like a drop, breakdown or similar but it never materializes for whatever reason which is pretty disappointing. We do get a very catchy, melodic chorus that has a really nice flow to it which is definitely a plus but outside of that and a small moment right at the end of the song it just doesn’t really feel like we go anywhere on this one. I like everything they’ve done here even if it’s far from conventional Tsurezure, but it still feels like it’s missing something somehow.

The single’s second track “REDERA” is fairly short by today’s standards, clocking in a just a hair over 3 minutes but sometimes less is more so I try not to judge stuff like that. The guitar riffs that greet the ears in the song’s opening moments have a very familiar sort of vibe to them, kind of like what we heard on “I can’t say NO!!!!!!!” by BiS a couple of years ago but a more toned down version of that style. A very busy, galloping drumbeat accompanies this and I guess if they just wanted to pad out the instrumental it’s very effective at doing that. It sounds a bit muddied to me personally though. The vocals when they come in match the somewhat downcast, gloomy mood of the instrumental rather well but by doing so they’re once again lacking in that cutting edge that you usually get from a Tsurezure song. The melodies and tone are solid, don’t get me wrong, it’s just not the most exciting thing I’ve heard out of this group over the years. Even the chorus, while sung fairly well from a technical standpoint, just isn’t really doing enough to lift this track up and the very forgettable instrumental that’s backing it is doing nothing to capture the imagination either. The breakdown about two thirds of the way through is by the far the highlight of the track, injecting some much needed emotion and intensity into the equation along with some harsh vocal work. Hard to justify sticking around for that alone though unfortunately.

It feels kinda weird to even call “Still Roaring / REDERA” a Tsurezure single as I sit here trying to wrap up this review. The lead track feels incredibly safe by the group’s normal standards and while I’m all for experimenting with new ideas, the second track did not connect with me as much as I would have hoped. I suppose this single is worth checking out if you generally don’t like how Tsurezure normally sound but I’m not sure that’s the highest of praise a fan of the group can give.

If anyone can tell me where we’re going from here that would be great, because at this point I have no idea. This single is so wildly different to what I always considered to be the “core” Tsurezure sound that it almost feels like a totally different group entirely. I could really do with a little bit more certainty in these uncertain times that we find ourselves in currently, that’s for sure.

Episode 02: Started From the Bottom