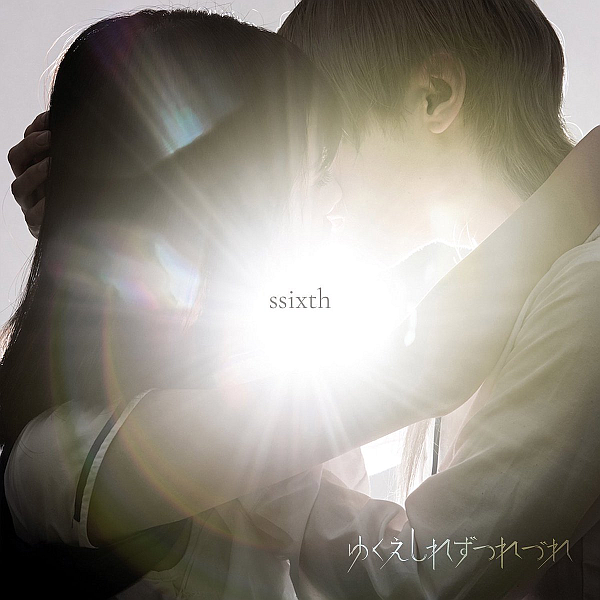 When it comes to codomomental groups, it feels like there always has to be one of the collective that’s going through some kind of hardship. This usually takes the form of line-up turbulence, and has been plaguing Yukueshirezutsurezure for what feels like forever. Well, it seems like they might have shaken that monkey off of their back (and passed it onto KTA) as things recently have been going fairly smoothly by comparison. Well, as smoothly as things can go when we’re only a couple of singles removed from the departure of a founding member.

A three month turnaround in releases is something of a rarity where Tsurezure are concerned but hey, here we are so I’m already pretty happy coming into this new single. Their last single “Odd eye” (review here) was the first outing after Shidare’s departure and I have to say things went pretty well. Of course it’s going to take a little bit of time for everything to level out but then I suppose stability hasn’t ever really been the group’s strong suit in recent years. The group are in a much better position currently than I could ever have hoped for though.

The loss of Shidare is still a very present thing for me coming into the group’s latest single “ssixth” (it’s also their sixth single, see what they did there?). I can’t help it, she was my favorite so I’m probably going to notice her absence more than most. That said, I’m sure Mei Yui Mei is going to do her absolute best to fill the harsh vocal void so I’m interested to hear how she’s progressing on that front. Outside of that, I’m just hoping that I enjoy this single in a general sense. If it still has the old Tsurezure spirit while incorporating some newer stuff from the new members then I think that’ll be pretty cool. If I don’t like it then I’ll probably be pretty sad but I’m coming in with as open of a mind as possible so let’s get into this.

Title track “ssixth” gets things off on a fairly subdued but very melodic note. Definitely not coming screaming out of the gates on this one, though if you listen to Tsurezure with any sort of regularity that hasn’t really been their style for a while now. I might have preferred a bit more of a statement but the song’s opening Rock style instrumental is pleasant enough to be getting started with. The vocals come in and there’s an immediate sense of familiarity, though it’s definitely noticeable that this is pretty much an entirely new line-up at this point. Still, the ethereal tinged vocals that Tsurezure are known for endure no matter how many new faces might be in the group these days. There’s some nice melodies and the lyrics are fairly catchy but might take a listen or two to really sink into the old grey matter. The instrumental during the first couple of verses is a bit dull, but during the chorus it really picks up the energy and tempo which is good. There’s a nice albeit subtle build over the course of the song, which sees things really explode into life after a bridge that features some harsh vocals that I must say I didn’t particularly care for the treatment of. I dunno, it felt like they were trying to hide a weakness which is fair enough but yeah, it just isn’t my preferred style I guess. The last minute of the song is fantastic though and more than makes up for it. Yeah, this song is pretty darn good.

The first thing I noticed about b-side “Dear Sorrow” was its rather short (by today’s standards) runtime at a little under 3 minutes. I’m a fan of songs of all lengths though so no worries there. A…symphonic-y synthesizer arrangement is the first thing to greet the ears upon hitting play and much like the previous track it’s quite a pleasant listen. I maybe could have gone for something a bit more noticeably different in overall tone but that’s just me. The vocals come in and they’re pretty light, with an almost whispery quality to them that works pretty well with the vocal ranges of the current line-up. I do like how the vocals sort of weave in and out of the instrumental, giving the song a bit more dimension. Again, like the last song, things do pick up a bit as the song gets going and the instrumental ends up losing quite a lot of its symphonic qualities which is a bit of a shame but the sparkly piano Rock that replaces it is fairly enjoyable so it’s an alright trade-off. The lyrics in the chorus are nice and catchy and I do appreciate that they changed the tempo up a bit too, though I would have liked for there to be a little bit more intensity behind them but maybe I’m asking for the wrong things from this line-up. There was a few high notes throughout the song that I could have done without too, but like “ssixth” the last 30 seconds or so which did see an uptick in intensity and the return of the symphonic side of the track really did make up for all of that. Fairly decent, though I would hope this style isn’t something we hear too regularly from Tsurezure.

Rounding out the single is a rerecording of “Gaga”. This song originally featured as a b-side on Tsurezure’s “MISS SINS” single (review here) and more recently on their “exFallen” album (review here). I’m a pretty big fan of this song so any kind of rerecorded version with this new line-up is going to have fairly high expectations to meet. Well, it seems like they haven’t really tried to change things up too much which in my opinion is probably for the best. The ridiculously catchy instrumental is still there in all of its glory, and sounds like it was probably just ripped straight off of the album version of the song. Why fix something which is not broken, am I right? Man, that guitar is still so good and really provides the song with so much of its personality. If you ever needed an excuse to jump around at a Tsurezure show then this instrumental should provide you with plenty of them. On the vocal side of things, there’s definitely a bit of a lighter tone to the delivery. It’s not crazy noticeable but it is there and does make sense given no one in the current line-up is known for having a particularly deep singing voice and no, Mei Yui Mei busting out the harsh vocals doesn’t count. For most people, you’ll probably not notice any real differences with this 2019 version and anything I noticed was fairly minimal at best. “Gaga” is a great song and this updated version hasn’t done anything to change my opinion on that. 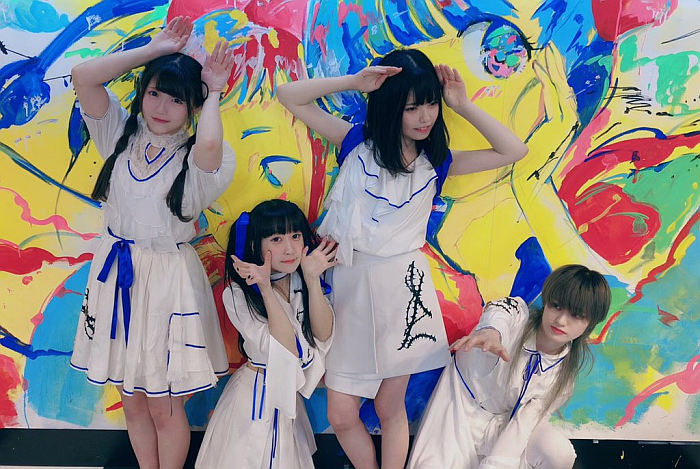 “ssixth” is a pretty enjoyable single but I’m not sure either of the new songs would rank particularly highly on any hypothetical “Favorite Tsurezure Songs” list that I might make. They’re by no means bad, but they do have fairly similar moods and I feel like this single is missing some intensity because of it. Hopefully Mei Yui Mei keeps improving her harsh vocals too so they can make a bit more use of them going forward. I feel like she’s on her way to getting pretty good at it but it’s going to take time.

I’m pretty content with this single given the various outside factors going into it and what have you. I also appreciate that Tsurezure are trying some different things here and there, even if it doesn’t always land with me. While I’m still a little concerned over the future of the group, especially when Komachi eventually leaves, I’m growing more and more positive about it with each new single. Speaking of which, hopefully we’ll get another one of those before the year is out. That’d be nice.