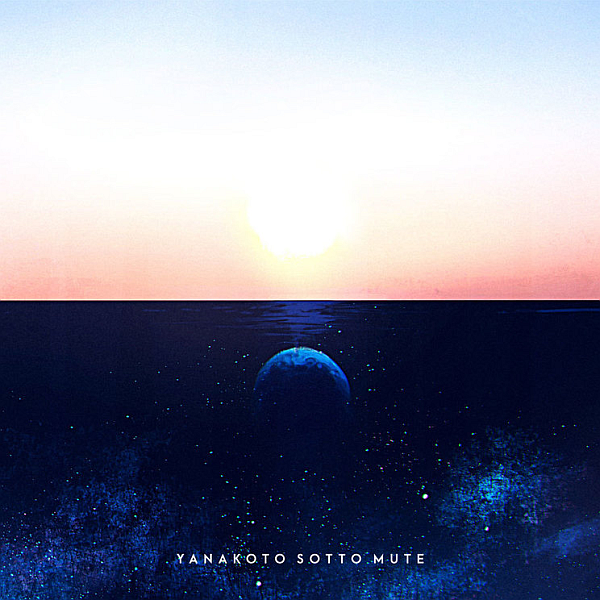 My thoughts on “Afterglow / beyond the blue.”, the latest single from Yanakoto Sotto Mute.

These days it feels like I’m taking a lot of shots in the dark when it comes to these reviews. Sure, they usually work out but I’m never sure where things are going to go from an enjoyment standpoint, and certainly not from a quality one. Though I suppose to be fair it’s not like a few of the more established brands haven’t been having some stinkers lately too. That said, with this review it’s going to be nice to write about something where I don’t have to worry about all of that too much for a change…well, I hope so at least.

Yanakoto Sotto Mute are a group who are just about coming up on their 4th year together at the time of writing this review. They’ve also been recently reinvigorated by the addition of a new member in Tsukasa Rin, who joined at the tail end of last year to replace the departing Rena. I haven’t been covering them much on the site of late as the group has been focused on a venue only release project titled “NINE” which saw them release 9 tracks over the course of about 8 months physically and then a bit later (and more sporadically) digitally. I’m waiting for the inevitable album if I’m honest, then you’ll get your review.

In the meantime though Yanamute just went major with their debut double a-sided single “Afterglow / beyond the blue.”, which also happens to be the subject of today’s review. This is something that I feel has been a long time coming personally, though there is always the risk that Universal Music Japan could get a bit too hands on with the product I suppose. A bit early for that sort of talk though and as of right now I’m very optimistic that this move will help get the group some much needed recognition as well as propel them on to bigger and better things. Let’s find out if my optimism is justified or not, shall we?

Lead track “Afterglow” sets a very title appropriate tone early on, with an emotive solo piano piece managing to somehow walk the razor thin line between being both emotionally charged as well as imparting a feeling of serenity onto the listener at the same time. This rather beautiful composition is serving as an accompaniment to the thing that Yanamute do best, and that’s their vocal work. Beautiful, clear, emotionally laced vocals sweep you up as the instrumental slowly begins to build up before the calm is decimated by fuzzed, Shoegaze style guitars and resonating drumbeats. They do still manage to retain that serene feeling through all of this somehow though, which makes for one of the more compelling Shoegaze instrumentals that I’ve heard come out of Japan in a while. The vocals are definitely playing a big role in this as well, with soaring melodies and well controlled high notes cutting through by use of some very simple but effective contrast. Things do drift away from the very prevalent Shoegaze style as the song progresses however, with many of the underlying guitar riffs that those with a keen ear might have already picked out starting to come to the forefront more and more. It makes for a very melodic crescendo and brings things back to where they started, albeit with a little bit more fuzz.

“beyond the blue.” is then given the rather unenviable task of following up that quite excellent previous track. Starting off with some piano notes on top of what I believe is a field recording of some sort is something a bit different from Yanamute, as is the drum machine beat and click track that joins the party in short order. I was sort of expecting the worst (i.e. some weird Rap/Dub type thing) but the vocals come in rich, low and in a fairly normal Ballad style. This song does a really great job of building up a comfortable atmosphere and then adding little parts to it here and there, like when guitars are eventually incorporated and the mood gets lifted rather significantly. It’s a bit of a slow build but after a while the song gets some steam behind it and takes on this really great, melodic Alternative Rock style that is something of a far cry from where we started from. It gives the vocals so much more room to breathe though, and that’s just what they do with more soaring melodies and that great Yanamute tone we all know and love being out in full force. There’s quite a lot going on in this one, with many genres and blends of genres being incorporated over its almost 5 minute duration. Everything flows together incredibly well however and you never once feel like you’re taken out of the moment while listening. Very compelling stuff here.

I knew that I shouldn’t have anything to worry about with this single and thankfully I was proven right in the end. Despite their newfound major label status this single is still Yanamute doing what Yanamute do best. Sure there was a little bit of experimentation along the way but if you usually come for the insanely high quality vocal performances and the Alt Rock/Shoegaze style instrumentals then there’s plenty of that on offer on this release.

Yanamute are off to just about the best start imaginable to this new chapter in their careers and I’m certainly excited to see what sort of direction their sound ends up heading in on their next couple of releases. I’m sure the dreaded tie-up single is lurking in the shadows, waiting to strike but let’s try to put that out of our minds for now. Instead let’s choose to look forward to the group’s next single or the physical release of “NINE” as a complete album, whichever of those comes first. That’s what I’m going to be doing anyway.

Enjoy the content? Consider supporting the site on Patreon for as little as $1 a month.
single reviewuniversal music japanyanakoto sotto mute
0 comment
FacebookTwitterTumblrRedditEmail