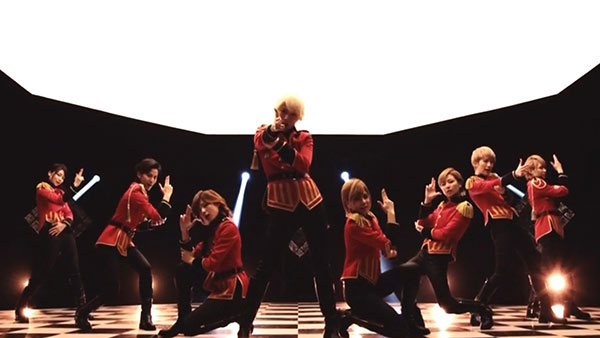 Let’s see how awkward I can make this one. It’s not gay if there’s no dongers, right?

It’s no secret I have a borderline fetish for dansou, or as I’ve lovingly called the medium in the past, dongerless guys. Ahem. But in all seriousness it is a thing I find very attractive if done correctly. The girls of THE HOOPERS are a shining example of epic dansou. Sadly, I’ve never been too into their music, but I always give them a try. This time around, we get something a little more enthralling on the audio end, and business as usual on the visuals. In other words, hotness.

The visual side of things is fairly simple but well done. The PV takes place pretty much exclusively on an elevated dance floor and we see the girls do their thing for a solid four and a half minutes. There are a few solo shots with a completely black backdrop, but mostly we stick to the dance formula. This is more than okay as this group has a pretty stellar collection of performers. It’s really energetic and fun to watch. Everything is shot very well and has a good sense of style and impact.

Most of the visual appeal depends on if you are into dansou or not. As someone who is, hot damn are these girls fine as hell. I’d say as a group overall, they’re better looking than Fudanjuku, but Fudanjuku has the better music. The outfits for this PV are black dress pants and these really nice tops that look they took cues from some kind of royalty garment with a dash of marching band. I have a slight bias for Sena in this group, but I wouldn’t mind being rescued by any of these princes, and I don’t really care who knows it. 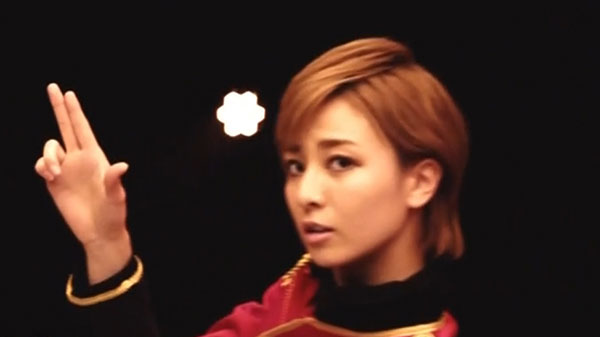 Sena-sama…please, I’m trying to do a roundup. Later. Oh, hello.

As for the song, I still think it’s below their potential and quite behind Fudanjuku’s offerings, but I’m much more into this one than their past songs. It does have more energy to it which I think this genre pretty much demands. If the idea of the group is to imitate dudes, then I think it needs a little more power. Hopefully this is the start of a more energetic HOOPERS. They’re amazing performers. It’s time to let them rock out with their non-existent cocks out.