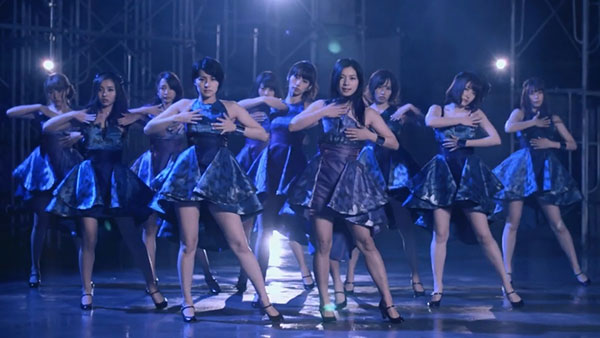 Ah, predia, one of the few groups around that I don’t have to feel too awkward watching. I try really hard to like this group. Since the disbanding of the amazing, ridiculously underutilized, missed opportunity that was SDN48, they’re one of the few “otona” idol groups around. Don’t get me wrong, I really like the members, but I’ve never gotten more than an “eh, it’s alright” reaction from their music. Their PV’s are usually nice and sultry, but not particularly memorable either. This one isn’t much different, but hey, at least they’re consistent I guess.

So let’s start off with the obvious. Damn, these girls are hot. If nothing else, this group always beings great womanly eye candy. It’s a little refreshing in the idol landscape to enjoy some content from girls who are closer to my age. The shots in this PV are very well done. This video is completely void of rapid shots. Everything lingers just long enough to get a great view of every shot. Cuts are very fluid and scenes are very well connected. I gotta say, Aoyama Reiko wins best visuals for this PV. The shots of her in the bathtub…dayum, son. 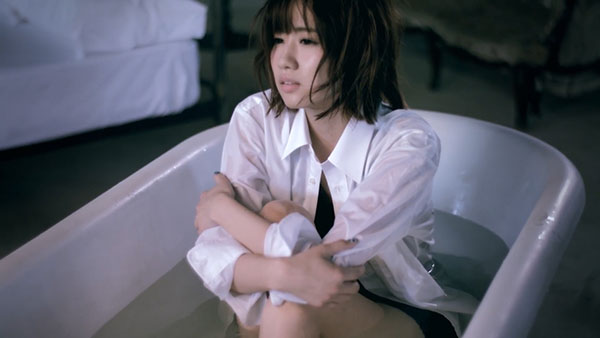 Not even my bias toward Hayashi Yuzuka can make me overlook them, and that’s saying something because Yuzuka’s wonderful chest is pretty much on full display for most of the PV. 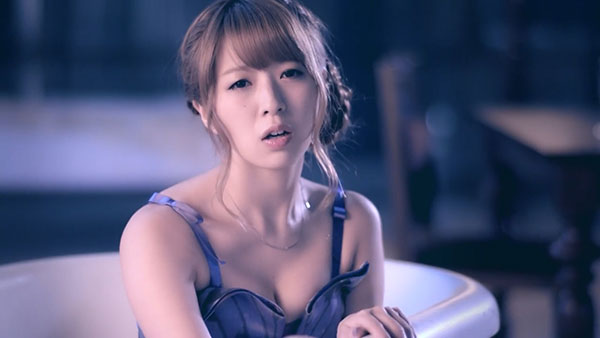 The choreography in the PV is medium-paced and matches the song well, but results in a fairly unmemorable dance shot. Most of the memorable shots are the more skintastic solo clips. Luckily in all of these shots we’re treated to some great outfits. I really like the dark blue outfits featured in the dance and certain member shots, and the clothing in the more raunchy shots is pretty nice and, well, raunchy. I really could have done without the crying and anger shots. They’re nicely done but they’re just not my thing in any kind of PV, but at least they’re not prominent.

As for the song, it sounds like predia. This particular song is either a really fast ballad or a really slow light pop song. Take your pick. Its very unmemorable but not bad at all. I say this about a majority of their music. In the most scientific way I can explain it, I wish they had more “umph” to them. Their visuals are epic, but the sound just doesn’t have something I want. They have some pretty powerful vocalists and they don’t do much with them. It’s kind of frustrating. But hey, they’re hot and I guess for a group like this, that should count for more than usual. And the video’s good.