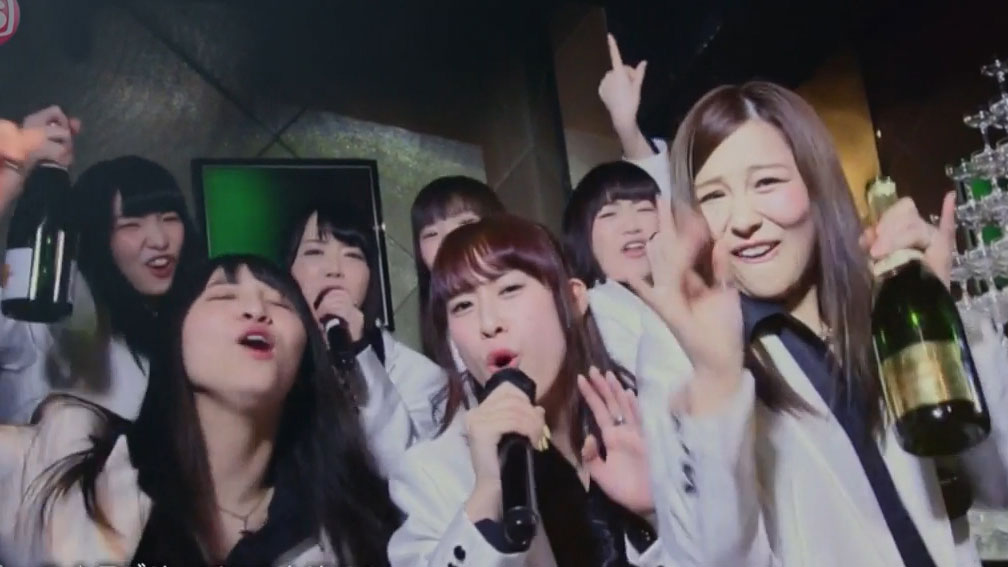 This week on PV Roundup, it’s time to let the alcohol fly and question our sexuality. 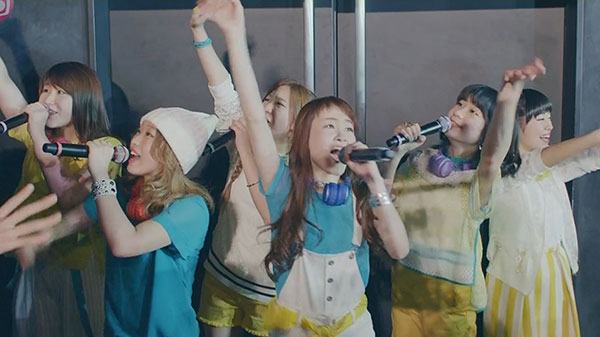 Little Glee Monster is one impressive group. You can always count on them to deliver some of the most powerful vocals in the Japanese girl group genre. This time around, they’re a little low on the power, but even a standard effort from this group blows most out of the water.

At the start of the video, I was worried we were gonna be given a live performance PV. Luckily this is an epic troll and merely a transition. The rest of the PV follows the girls around in some post-live adventures, including karaoke, visits to the mall, and other girly things mixed in with some good, but simple dancing and singing shots. The filming for this PV is nice, but it’s very standard. There’s no visual hook or gimmick like we’ve seen before. It holds its own, but is a comedown compared to their previous works.

On the more positive side of things, everyone looks fabulous. The girls continue to vaguely represent their assigned colors, most apparently in their headphones. They are consistently in the same outfits, which remind me of clothes from a shop like Uniqlo. Their outfits are very simple, but look great. I really dig the look these girls have, and that’s one thing that’s consistent from their previous releases.

The coolest moment of the PV takes place in the last minute or so. It’s not quite as acapella as the absolutely amazing moment in “Suki da”, but it’s still a cool moment where this group’s talent really shines. I really don’t know where the producers managed to find six brilliant vocalists who harmonize so well together, but holy shit these girls create some of the most beautiful sounds I’ve ever heard. It’s a nice video overall, just lacks a little impact that its predecessors had in spades. If we were talking about another group this wouldn’t be an issue, but Little Glee Monster have more than established what they’re capable of, so it’s hard to not want more. Maybe it’s selfish of me.

As for the song, honestly, I feel it’s a lot like the video. On its own, it’s quite lovely, but it doesn’t quite have the pop of their previous tunes. There’s nothing really wrong with it, but it’s just a bit standard. It feels like the producers played this one kinda safe. The girls don’t really belt it out like they have in the past, and the instrumentals have a nice melody to them, but no real stand-out moments compared to other songs in their catalog. The fact that I find fault in such a nice song is less of a complaint and more of a testament to how great this group can be.