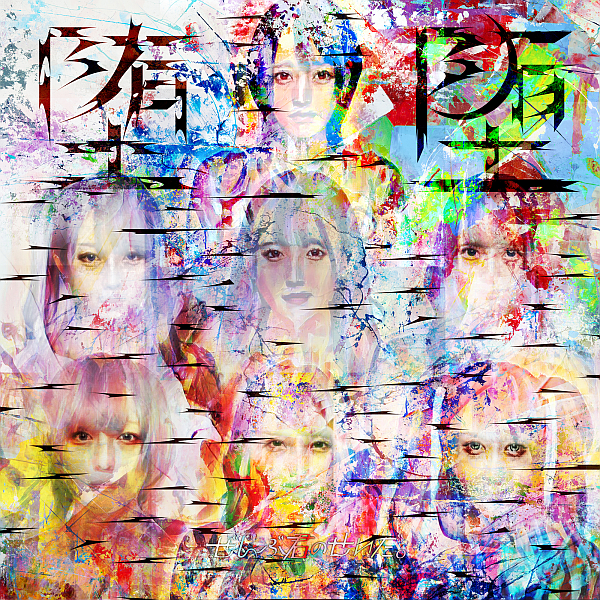 My thoughts on “Dada”, the latest single from Zenbu Kimi no Sei da.

At this point I’m pretty comfortable admitting that I have no idea what’s going on with codomomental. All of these graduations, groups disbanding, new groups debuting, old members returning, members transferring between groups…it’s a lot to process and keep up with is I guess what I’m trying to get at. Still, all of the agency’s properties that are still with us seem to be chugging along rather smoothly all things considered so perhaps I should stop worrying about the details and just sit back and enjoy the ride for a change.

We’re currently on about iteration 8428402482 of Zenbu Kimi no Sei da at this point I think, though my math could be a little out on that. The group only put out their previous single “Insomnia” as a 5-piece back in November but in the time since then they’ve picked up both Mei Yui Mei and Kotetsu from the now defunct Yukueshirezutsurezure to bolster their numbers. Probably no bad thing either because if you read my review of this group’s previous release you’d know that I found it to be…a bit lacking would be putting it mildly.

So what does the inclusion of Mei Yui Mei and Kotetsu mean for Zenbu Kimi no Sei da going forward? I suppose that’s the question that we’re hopefully going to get some hint of an answer to on the group’s latest single “Dada”. It features 2 new tracks, though I believe the b-side is recorded with only 5 of the members because I guess they must have finished it before Mei and Kotetsu came along or something. It really does make you wonder how short notice them joining really was huh? Anyway that’s a topic for another day, let’s see what this new new Zenkimi line-up are all about and how they compare to the old and old new line-up too for the hell of it. Let us begin, shall we?

Our first look at what this new Zenkimi line-up has to offer is off to a very strong start as the single’s title track “Dada” marks something of a return to form for the group. It’s hard not to notice the callbacks to the Electronica style that dominated much of Zenkimi’s early discography in the track’s opening instrumental and even the vocals are playing up to it somewhat with a bit more of an exaggerated tone creeping in here and there compared to a lot of the cleaner takes they’ve been incorporating on later material. Not as bombastic as they’ve gone in the past but the track still has a really nice, energetic feel to it and the instrumental bounces along at a very ear pleasing tempo and also gives a bit more snap to the lyrical delivery in the process. The higher tempo renditions of the song’s base style are reserved instead for the choruses here and it’s hard to argue with that decision when it makes them leap off of the page as strongly as they do. They’re not even doing anything drastically different to much of the rest of the track either, but it just goes to show how much of a difference a change in tempo and intensity can really have. If you are looking for something really different then the Screamo breakdown towards the end of the track might be of interest to you, at the very least it gave Mei a spot to shine in her new role in the group. The performance is intense, powerful and breaks the flow in a sensible way before we get one last run through of the track’s Electronica component to round things out. A strong showing here, so maybe 7 heads really are better than 5 after all.

Like I mentioned earlier, the single’s b-side “never ending xxx” (great title by the way) only features the 5 “original” members of this current iteration of Zenkimi. I didn’t really end up noticing it too much though so I doubt anyone should find things too jarring in that regard at least. A very nice, ambient synthesizer composition opens the track which I guess makes a nice contrast to the much more energetic nature of the lead track. We do eventually get some ways further towards that by the time the vocals are brought in though, with the tempo picking up a bit and a distorted Rock element being added into the mix to give things a bit more bass and a beat. I think the Ballad descriptor is a fair one to use when it comes to the vocals on this one, given that they’re very ethereal sounding in nature and are really playing up the whole emotionally charged, highly melodic angle too. If you want to go there then I would say it sounds a lot more one dimensional than “Dada” does but I don’t know if that’s by design or because of the personnel involved. Either way, the ethereal melodies of the vocals pair very well with the Electro Rock of the instrumental and the texture added by the bass riffs and kick drum give the track a nice texture that it definitely needed in my opinion. Outside of that though, you’ll have likely heard several songs in this style elsewhere before so you should already have a fairly good idea if you’ll like it or not after the first 30 seconds or so. It’s an undeniably strong take on the genre, but could have perhaps done with adding a bit more of that Zenkimi personality to it somewhere along the line. 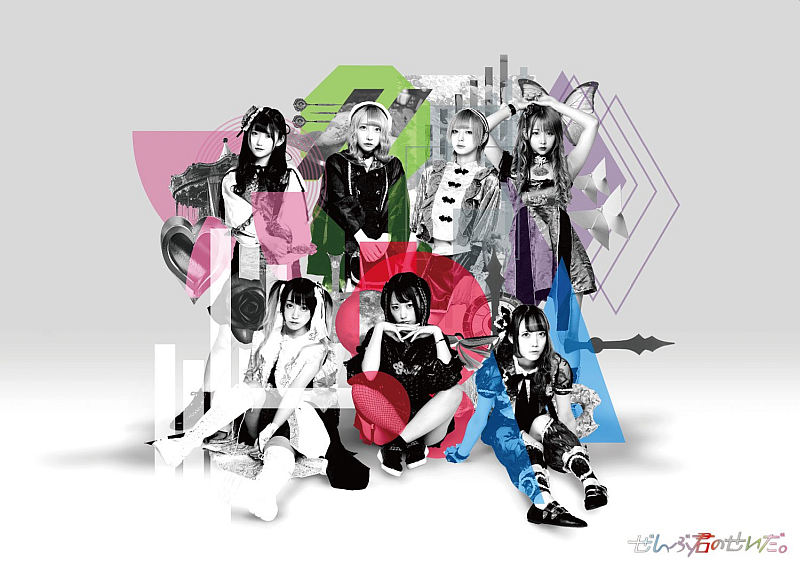 Well, I certainly enjoyed “Dada” a good bit more than I enjoyed “Insomnia” so make of that what you will. The inclusion of Mei and Kotetsu seems to have been just the booster to the original shot in the arm that the doctor ordered as far as Zenkimi is concerned. I’m not really sure if that last single was intentionally meant to act as a stop-gap of sorts while they figured this 7-member orientation out or if the writing team just had a rough month or two in the studio but things seem to be getting some ways to being back on track now so that’s good.

Zenkimi have some pretty big goals that they’re working towards it feels like, and even a what at this point feels like a revolving door of members doesn’t seem to be deterring them from pressing on and trying their best to achieve them. Nothing is ever certain, especially not these days, but if nothing else at the end of the day nobody is going to say this group didn’t give it their all despite constant setbacks. Perhaps this can finally be the time of extended line-up calm that the group can benefit from and really start driving hard towards those bigger and bigger stages. I suppose only time will tell on that front.

Enjoy the content? Consider supporting the site on Ko-Fi for as little as £1.
codomomental incsingle reviewzenbu kimi no sei da
0 comment
FacebookTwitterTumblrRedditEmail