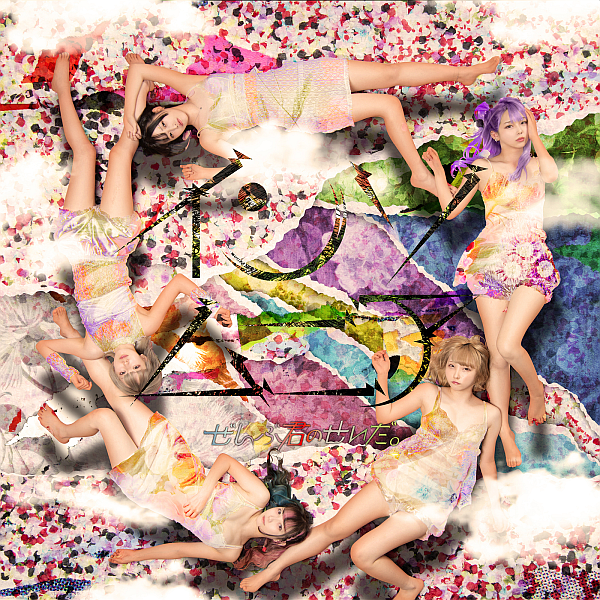 My thoughts on “Insomnia”, the first single from the new-look Zenbu Kimi no Sei da.

It’s safe to say that while line-up changes haven’t exactly been uncommon for the various codomomental groups over the past…forever, there really have been some seismic shifts of late when it comes to pretty much all of their groups’ personnel. Most of it hasn’t even been related to the wider issues that the world has been facing since the start of 2020 but lately it has rather felt like a “when it rains, it pours” sort of scenario if you’re a fan of any of the agency’s properties besides perhaps Seireki13ya, though I’m sure their time is going to come before long too.

Zenbu Kimi no Sei da were on something of a hiatus for a couple of months towards the end of the year there, which is hardly surprising seeing as they probably had a lot to figure out after the departure of two of the group’s longest serving members in Mashiro and Yotsu. That leaves the group with only Megumi as the sole surviving member of the initial line-up and in a lot of ways the group is now unrecognizable from those times. A tough pill to swallow for longterm fans of the group like myself, as the form in which Zenkimi now exist might as well classify them as an entirely different entity than they one that we originally fell in love with.

“Insomnia” is the first single to be released from this new (and with recent developments something of a stepping stone) iteration of Zenbu Kimi no Sei da and like is always the case when a group has a line-up change, I’m interested to hear what if anything is different from the stuff that came before it. I’m sure the vocals are going to sound quite a bit different than I’m used to, though a move back to the more modulated style of the group’s earlier work could mitigate that some. I don’t think that’s going to be the case here though, and in likelihood we’ll be treated to the same sort of style we’d been hearing on the group’s recent releases just with a bunch of different voices than we’re used to. Whether the material is interesting/enjoyable enough to overcome the huge changes this much beloved group have recently undergone is probably the biggest question on my mind right now so let’s stop wasting time and see how things are sounding in the Zenkimi camp these days.

There’s definitely a strong sense of familiarity to the synthesizer enhanced Rock instrumental that kicks off our first look at this new Zenkimi line-up in the form of title track “Insomnia”. The beat hits pretty hard, the guitar riffs are pretty catchy and they even managed to sneak a little bit of piano in there too which is definitely works for me. The vocals come in after a short while and yeah, you can tell that there have been a few changes made given the general tone and such is a bit lower than you’d typically expect, but to be fair I don’t know how much of that is the new girls and how much of that is the vocal track being obscured by the distortion coming off of the instrumental. It’s not a bad performance by any means, though I wouldn’t have minded something with a bit more energy or intensity than what we’re given here I suppose. They do sort of hint at building up to something like that for the choruses and while there is a bit more emotion and such poured into them, it still all feels a bit too subdued for my personal tastes. I guess the best way of describing my issue with this track is that yes while it does have some really nice melodies, the lyrics are decently catchy and the whole ethereal atmosphere thing is cool…it just needs some kind of edge or something to really hook on to. I also don’t think they do a particularly great job of showcasing the new members with this style of vocal but I can kinda get why they don’t want to throw them in at the deep end right away. Still, as the first glimpse of this new line-up musically it’s hard not to come away feeling like this track isn’t just a bit middle of the road by Zenkimi’s usual typical high standards. It’s alright, just nothing super noteworthy in my opinion.

The single’s b-side “Chinu chinu serenade” feels like a throwback to the Zenbu Kimi no Sei da of many, many years ago with the bright, warm piano tinged Rock style of the group’s earlier days making a comeback for this track. I’m kinda happy to hear that personally as it is one of my favorite style from this group, outside of the super energetic Synth Pop stuff that we don’t hear enough of these days anyway. We also get a better look at the new members’ vocals on this song too which is nice and yeah, while it is pretty different to what came before it you can still make the case that this sounds like a Zenkimi number in the vocal department…up to a point at least. It probably helps that the lyrical hooks are particularly strong here, especially in the choruses which are bringing back yet more old school vibes that longtime fans will probably be able to recognize right off the bat. I am a bit iffy on the distorted, washed out quality that the instrumental has the more I listen to this song I suppose as while it’s not super noticeable on the first couple of listens after a while it does become a little bit too hard to ignore and I found myself wanting for perhaps just a little bit more definition on the guitars. If you know me though then you probably saw that particular comment coming so no real surprise there I suppose. Outside of that though, there isn’t much that I didn’t enjoy here though granted a lot of that is likely thanks to the heavy dose of nostalgia being applied, no doubt as way to smooth things over while this new line-up transition has a chance to bed in a bit more. It worked though, so credit where it’s due I suppose. 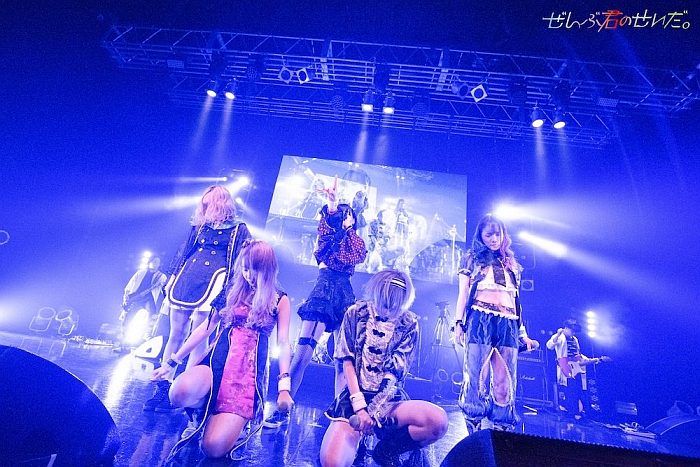 So for me at least this single is a little bit of a mixed bag. I’m not super keen on the title track and it’s far from the group’s best work but they definitely got me with the b-side and it’s not like I hated anything I heard here or anything. It’s definitely not the Zenkimi of old vocally but they’re trying their best to make it sound like it is in just about every other way possible I think. Whether that ends up working out longterm or not will of course remain to be seen.

I suppose that’s my main thought coming out of this review. How much should codomomental hold onto the past as their longest running group takes one giant leap into the future. They haven’t been afraid to change things up when their other properties have had major line-up changes so the tentative nature of this single is somewhat surprising to me. Granted they have since pulled in Kotetsu and Mei Yui Mei since the release of this single so perhaps this really was more of a filler of sorts until they’d had the chance to get all of their ducks in a row. That said, depending on how things shake out on their next couple of releases I feel like it could end up doing a disservice to the new line-up if they don’t at least try some new things to embrace this new era of Zenbu Kimi no Sei da that we find ourselves thrust into. Guess we’ll have to wait and see.

Enjoy the content? Consider supporting the site on Ko-Fi for as little as £1.
codomomental incsingle reviewzenbu kimi no sei da
0 comment
FacebookTwitterTumblrRedditEmail