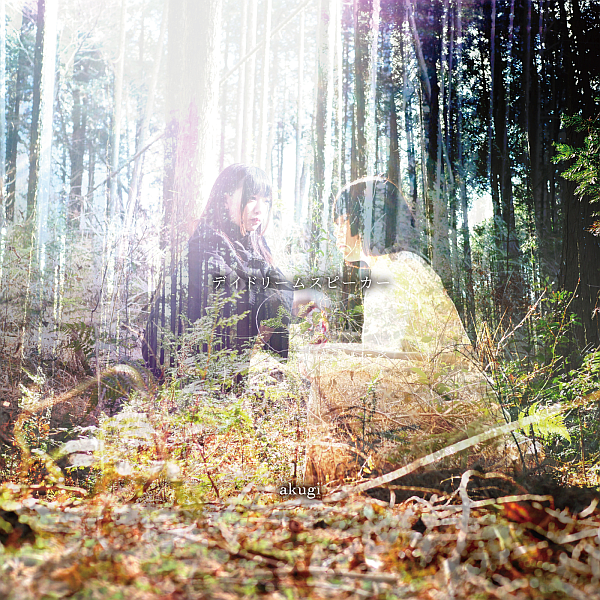 My thoughts on “daydream speaker”, the second digital single from akugi.

I think that even though we aren’t out of the woods yet, there’s going to come a time in 2021 somewhere where we’re all going to have to start rebuilding various elements of our lives. It might not be until near the end of the year but I would like to think that things are going to start getting better soon and we can eventually find ourselves in a place where we can begin to put the events of the last year or so behind us. It’s going to be tougher than a lot of us expect I think but I’m trying to approach 2021 with a bit of optimism here.

codomomental are getting a bit of a head start on the whole rebuilding thing though, more out of necessity than anything as the tail end of 2020 looked to wipe out much of what the agency had going for it with the dissolution of Yukueshirezutsurezure, and Zenbu Kimi no Sei da and KAQRIYOTERROR going through their umpteenth line-up drama and both needing to hit the reset button to varying degrees. Part of that whole process is a new unit called akugi, featuring Komari Yuu, Ama Mauru and Tokanai Nonno from KAQRIYOTERROR, Seireki13ya and TOKYO Tefutefu respectively. A “super sub-unit” as I like to think of them, featuring members from across the agency’s various Idol acts.

The trio have already released one digital single in “r u serious?” which featured Yamakomaro who has recently gotten herself back involved with the Idol life so make sure you read that review here if you haven’t yet. For this outing, the trio are joined by Towa Shiki who is also from Seireki13ya for a guest spot, so I suppose that might be a running theme here. As for what this is going to sound like? I honestly have no clue, I wouldn’t mind a bit more of the Kaqriyo Terror Architect style that featured on the group’s debut but with Shiki involved here I could see them taking a completely different direction entirely. There’s no point in guessing, especially with a group that’s still this new so let’s just hit play and see what codomomental have brewed up for us this time.

“daydream speaker” gets off to a pretty interesting, atmospheric sort of start with a whole bunch of grainy synthesizer ambiance going on and a subtle keyboard melody running as an undercurrent to it all. A pretty cool soundscape if this is something that you’re into and I am so a pretty good way to kick of the track as far as I’m concerned. Brightly toned guitar and a steady but slow beat are gradually introduced to give the track a bit more rhythm, shortly before the vocals come on the scene and we ease into this sort of Chill-Hop style that is very popular these days. The ethereal tone of some of the vocals really adds to the ambiance here quite nicely and the more Rap-ish parts give the track a nice amount of catchiness as well as an anchor of sorts to help the overall composition maintain its shape and not get too whispy on us as some of these songs have a tendency to do at times. It’s a pretty cool mix of Hip-Hop and a more typical Ballad style and both of these things compliment each other quite well here and I actually found myself really enjoying the listening experience despite these two styles on their own not typically being things that I would place very high on my list of favorite genres. The beats and riffs are fairly straightforward granted, but that’s kind of what you’re signing up for with this style of song and despite their simplicity, the way that everything has been woven together makes for a very pleasant instrumental. I also felt like everyone’s vocal work was top notch for what each respective voice was bringing to the track. It’s a bit different than the typical codomomental style but well worth a listen in my opinion if you’re a fan of anyone involved here.

Your enjoyment of “daydream speaker” is likely to hinge on how you feel about this whole Chill-Hop craze that has been sweeping J-Pop in the last few years. The track doesn’t sound anything like any of the other projects that its members are involved in which is a breath of fresh air as far as I’m concerned but for anyone looking for something instantly recognizable to latch onto you might have to take a minute to readjust your expectations some.

So far it feels to me like akugi is more of a project where codomomental can experiment with new ideas without having to risk trying anything too crazy with any of their more established properties. If that is the case then it’s producing some pretty interesting results so far and I hope that some of these ideas might filter through to one or two of the bigger groups on the agency in time. They need a bit more distinction between their groups’ sounds so if this helps in some way to achieve that then it’s hard to argue that it won’t have been a rather large success. We shall see though!

Enjoy the content? Consider supporting the site on Ko-Fi for as little as £1.
akugicodomomental incsingle review
0 comment
FacebookTwitterTumblrRedditEmail