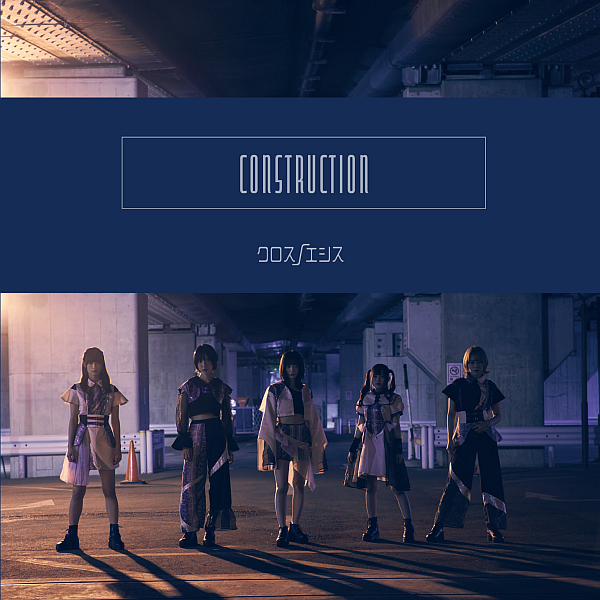 My thoughts on “CONSTRUCTION”, the first single from CROSSNOESIS.

While there might not have been a whole lot physically going on for the past year or so at this point, there certainly has been a lot of things to think about. In my advancing years that means that there just isn’t enough room in my brain to keep track of everything anymore, so naturally some things will fall to the wayside whether it be intentionally or not. With the best of intentions of coming back around to them when things a little less hectic and busy of course.

CROSSNOESIS are a group that have fallen into that category for me a bit unfortunately. The former-former HAMIDASYSTEM have a habit of putting out some pretty interesting Electronica inspired Pop tunes and we heard a lot of that from their debut mini-album “chronicle” (review here) when it came out in late 2019. They haven’t put out a ton of music since then which is fine but it sort of made it so they got lost in the shuffle that was 2020 in my brain. We’re going to try to fix that today though.

“CONSTRUCTION” is the first single from CROSSNOESIS and it’s also their first release since being picked up by T-Palette Records after a short stint on ekoms. We’re got 3 tracks to check out here and they all start with the letter V which is kind of interesting. Given how little attention I’ve been paying the group lately, I’m honestly not sure what they’re going to be bringing to the table here but sayshine is still producing all of their songs so I imagine it’ll be something fairly familiar and hopefully also quite good too. There’s only one way to find out though, so won’t you join me as I spend a little while getting myself reacquainted with CROSSNOESIS and see what their first single is all about.

Kicking off the single is lead track “VISION” which opens with a pretty upbeat, retro Sci-Fi style instrumental which I thought was pretty cool sounding and not something that you hear a whole lot of from Idol groups in this day and age, so something a bit different too which is nice. It mellows out slightly by the time vocals are brought into play but we’re still holding onto those bleeps and bloops so while the beat is a bit lower in tempo it’s still nice and catchy which is always a plus in my book. Speaking of the vocals, they’re a bit more subdued compared to the instrumental with maybe a bit more of a gloomy sort of tone to them but I think it makes for a pretty interesting contrast in a way so I don’t actually think it’s a bad call honestly. Things pick back up on the instrumental side as the song transitions into its choruses which was nice to hear, as was the quick paced, more energetic vocal delivery which gave things a bit of a Maison book girl sort of vibe in my mind. I’m not totally sure the lyrics are the catchiest thing ever but the flow and structure of them was if that makes any sense to anyone reading this. That’s not a criticism either by way, I’m just trying to explain what I was hearing to all of you, so don’t take it as anything other than that. On the whole, this is a pretty fun song with some really nice vocal melodies and catchy synthesizers plus if you’re into that retro sort of thing then you’re going to have an added dimension of enjoyment here. Good stuff and well worth a listen I think.

Next up is “VENOM” which despite its title doesn’t really start out all that venomous. Instead we’re treated to a pretty bright, but also kinda spooky sounding Electronica instrumental which I’m kinda digging quite a bit I must say, even though I tend to be a bit more partial to a darker tone for this particular style. Things get a bit fuzzier and more distorted as the song begins to develop, which I think is a bit of a shame really but it does give the vocals a lot more room to breathe than the initial instrumental would have if it carried on for much longer, so in that sense once again I think CROSSNOESIS and their producer have made a pretty good call on that front. Much like the previous track, the vocal performance is a bit gloomier in tone than the instrumental but there’s a bit more parity between the two here and they still compliment each other really well though I think in this instance probably even a bit better in all honesty. When it comes to the choruses on this track, I sorta felt like they were maybe a bit busy and the vocals do get a bit crowded out by how much is going on in the instrumental, along with how everything is balanced on the mixing side of things. It’s a bit muddy to my ear which is kinda unfortunate because I think if there was a bit more clarity that it would have been a lot more enjoyable than what it ended up being. A bit harsh perhaps, but you should all know my preferences by now. Outside of that, while I would say this is the weaker of the two tracks we’ve heard so far I did enjoy it for fairly similar reasons. Those being the catchy synthesizer melodies, and the vocal performance once again is really strong with some great harmonies. Not bad at all.

Last but by certainly no means least we have the third in our V-named trilogy with “VOICE” closing things out for this particular release. Deep bass is what the ear is drawn to early on the track as it sets up with a fairly ambient style synthesizer arrangement containing a bit of guitar for some additional texture. A fairly catchy but also kind of unconventional melody makes its way into the mix after a while, along with some once again fairly downcast sounding vocals and the song is now well and truly underway. We stick to this sort of pattern for a while and it’s a nice enough listen if you’re after something lowkey and fairly chilled out but there is a hint of a build up as we approach the first chorus where the tempo does pick up a bit and the vocal become a lot brighter and more harmonic. It’s sort of like what we’ve heard on the previous couple of tracks I suppose but the tone and style here is sufficiently different so nothing is sounding too similar to anything else. From there the track holds on to most of the momentum it has built up and keeps up the more energetic style of instrumental for pretty much the rest of its duration, with some pretty cool sounding synthesizer melodies and fuzzed up guitars being the standout features. The vocal work remains nice and melodic too, though there could maybe have been a bit more variety in tone or something as I don’t think it really changed enough with the instrumental but that might just be me. Still, a pretty enjoyable song that gets even more so if you give it a chance to really gets its legs under it. They could have easily gone with a fairly basic Ballad here so I definitely appreciate the fact that they didn’t. 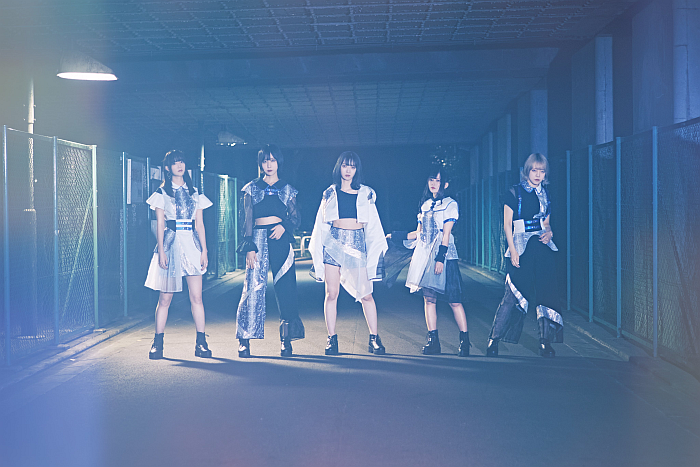 On the whole, “CONSTRUCTION” is a very solid single and should give fans a lot of what they expect out of CROSSNOESIS and maybe even a few new influences along the way too. My main sticking point with all 3 tracks is the kinda similar tone of the vocals for a good chunk of them but I guess that is just sort of how this group sounds a lot of the time. Still, I wouldn’t have minded something a little bit more different on at least one of the tracks, though in a vacuum each one is more than fine on its own.

Who knows when we’ll next hear some new music from CROSSNOESIS, but them signing with T-Palette makes me hopeful that they’ll be releasing new material a bit more frequently than they have been up to this point. That said, even 2021 is looking to be fairly uncertain right now so who knows. Like I always say, it’s best to enjoy all of this stuff in the moment because you never know exactly what the future holds. So let’s do just that with these 3 tracks here and as we wait to see what the future holds.

Enjoy the content? Consider supporting the site on Ko-Fi for as little as £1.
CROSSNOESISsingle reviewt-palette
0 comment
FacebookTwitterTumblrRedditEmail