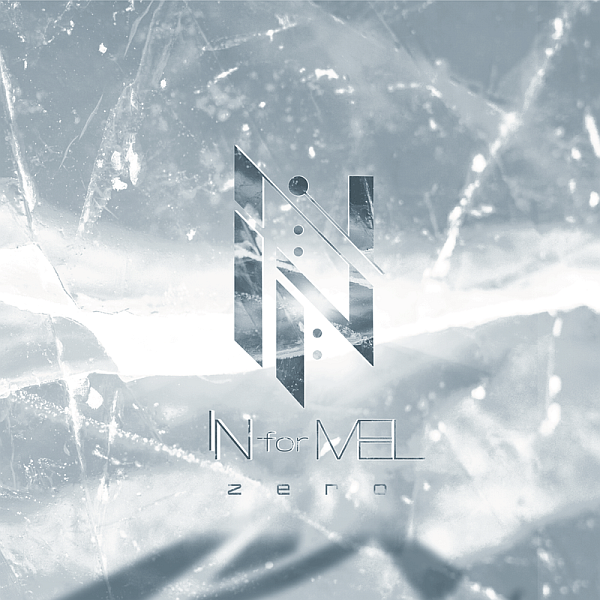 My thoughts on “Zero”, the first EP from INforMEL.

While discovering new groups and new releases is one of my favorite things about running this site in recent years, I’ve also come to appreciate being able to follow said new discoveries as they progress through their careers. I’ve seen so many groups start from nothing before ending up big names in the scene over my decade plus of being in this hobby but the sense of pride never fades. I guess it’s like being a proud parent in some ways, man I’m old.

INforMEL are a group who still incredibly new by Idol standards, having only just debuted in February of this year. They’ve already released their first digital single in “Fractal” (review here) and I definitely liked what I heard there. Great vocals and production are increasingly becoming the norm, even for debuting groups, but there was something about that track that just made me think that this group had the potential to go places. Though they’ve already lost a member to the churn of the business, which is unfortunate.

“Zero” is the first EP from the group and boasts a selection of 5 tracks. “Fractal” features as you would expect it to, so we already know that at least one of these songs is pretty good. As far as everything else is concerned, it should present us with a good opportunity to get a better idea of what this group is trying to sound like musically. They’ve already got the Melodic Rock style nailed down so let’s see if there’s anything else getting added to the pot here, I sure hope that there is!

The EP’s lead track is also its title track “Zero”. Not that surprising to see it in the lead-off position but what did surprise me is that it’s just a short intro track. I have nothing against such things on bigger releases but I do have to question why you would designate it for the title track. Anyway, it’s a fairly interesting piece of music which starts off rather ambient in nature before bringing in some more prominent synthesizer melodies which get played off of heavily distorted guitar and a catchy, uptempo beat. There aren’t vocals to speak of, but the members do sort of mimic the melody a bit which I thought was kinda neat. It’s a pretty cool track but there’s not a whole lot else to say about it so let’s move on.

“Fractal” ends up being the first proper song on the EP and fair enough I suppose, seeing as it was the first song that INforMEL released as a group. You can get my initial thoughts on it here if you’d like to read them by the way. It’s a very strong take on the Melodic Rock style with the instrumental providing a very ear pleasing beat to accompany some equally enjoyable and very melodic sounding guitar riffs. There is a bit of a Ballad dynamic to the track but that’s pretty much par for the course when it comes to this sort of song as we’ve all learned by now. The vocal performance remains one of the more impressive that I’ve heard coming from the newer crop of groups of late, showcasing a delivery that is both powerful and emotional, which really works well with the sort of atmosphere being created by the instrumental here. The lyrics are also fairly catchy which doesn’t hurt either and if you’re enjoying all of that then have some more in the chorus, just with the knob cranked up a few more notches. If you’re a fan of Idol Rock then this one should be right up your alley I think, as it should also be for anyone who is able to appreciate very well put together and executed songs.

Our first proper taste of new material from INforMEL presents itself in the form of the EP’s third track “refuse”. The track opens on a rather dark, solemn sort of note with a very measured beat keeping the rhythm while we’re treated to some highly charged chord progressions from the guitars. The vocals match the tone when they make their entrance, low and methodical in their delivery and adding just a bit more tension to the atmosphere that has been building up over time. Once again I’m impressed by the technical ability on show here as the members weave their emotional melodies throughout the verses. The chorus sees a little bit of brightness creep into the instrumental by way of a synthesizer melody and the vocals also increase their intensity and emotional output to match this. It’s not a huge departure from the rest of the track either lyrically or in tone, but it certainly creates a highlight moment in my opinion and that’s what you need out of a chorus when you’re an Idol group. The only thing that can beat it are the closing moments of the track where the instrumental really comes alive with vibrant guitar riffs accompanying a vocal performance that sees the members give it their all before we peak and the track is snuffed out. Perhaps not the flashiest song you’re going to hear this year, but man does it hit hard emotionally so buckle up.

I wasn’t really expecting there to be much of an Indie Rock flair on this release but that’s what we’re presented with initially on its fourth track “Raise a cry”. The guitars provide a nice warmth and brightness with their tone and are accompanied by a deep, pounding drumbeat to give a bit more body to the composition. Nice stuff that’s fairly pleasant to the ear is how I’d describe it. The vocals strike a much less bright and energetic tone, sounding positively low and methodical as they make their way into the mix and sounding very much at odds with the instrumental as a result. It’s a great performance don’t get me wrong, with some nice melodies and rich tones along with a strong hook or two for good measure. The chorus isn’t the most standout thing in the world as a result, but there’s some good emotion getting put behind the vocal delivery which definitely helps it along. A couple of unfortunate high notes here and there though, but they tried their best to keep things under control on that front. As the song progresses it does kinda feel like the instrumental takes on this more brooding vibe, particularly after the guitar solo about two thirds of the way through. An interesting development to hear unfold and I for one enjoy it when songs don’t just stick to one style or tone that they establish early and get locked into for the duration. It could have maybe done with a little more vocal variety however but it’s not a huge complaint by any means.

Capping off INforMEL’s first EP is the rather simply titled “Proof”. Ambient synthesizers accompany a fairly catchy, melodic guitar riff and a faint, rumbling drumbeat as the song starts to get its legs under it. You’re definitely given the feeling that they’re building up to something and they are, though the transition isn’t quite as blatant as we’ve maybe come to expect from modern music production. The synths and guitar get their brightness boosted significantly and the drumming becomes more prominent and complex as the track comes to life, creating this really “big” atmospheric feel. On the vocal side of things it’s another standout performance, with some great individual efforts up and down the octave range. Starting with those lower tones and then soaring higher when the choruses kick in. Very well structured on both side of the coin, with some technically impressive guitar work and drumming fighting it out in a friendly back and forth with the lyrical hooks for the listener’s attention. The choir style singing in the bridge is a particular highlight for me and further drove home the anthemic feel of the track. If this was put out by a female fronted J-Rock band people would be positively raving about it I’m sure. Make of that comment what you will, but as far as I’m concerned INforMEL have ended this release off on an incredibly high note.

As far as debut (well, technically) releases go, “Zero” is doing a whole lot of things right and not a whole lot wrong in my opinion. Sure there’s a couple of moments where the vocals don’t exactly do what they were probably aiming for but outside of that the instrumentation is great and the vocals at the very least are on par with anyone else in the Rock genre of Idol. A bit more variety in tone and personality generally wouldn’t have gone amiss however.

Yeah, INforMEL should definitely be on your radar by now if they haven’t already been previously. They’re still incredibly new and probably in the process of trying to figure some things out but they’re starting from an incredibly strong position already. As long as they can keep the current line-up together and things can get back to some semblance of normality I can easily see them going places in the next 12 months or so. Don’t sleep on this group folks!

Enjoy the content? Consider supporting the site on Patreon for as little as $1 a month.
indieINforMELMini-Album Review
0 comment
FacebookTwitterTumblrRedditEmail