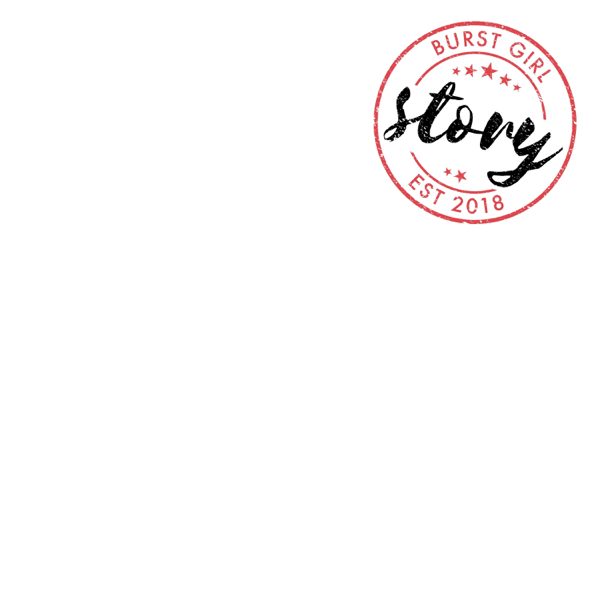 My thoughts on “Story” the latest mini-album from BURST GIRL.

I’ve been around the block when it comes to this whole Idol thing kids. As such, there isn’t too much that genuinely surprises me these days. After a certain point you can sorta predict or see things coming with a pretty good amount of accuracy, or at least I can anyway. I’m not sure if it ruins the fun as such, but it does make the times where an announcement or event that I genuinely didn’t expect to happen happens a bit more special I think.

One thing that I definitely didn’t see coming was Waka (re)joining BURST GIRL. I kinda figured she was focusing on KRY and other fashion related projects but apparently her old group-mates have convinced her to pick up a microphone once again as the group finds itself now in both a post-Anku as well as a post-Rei world. Waka had been providing costumes to the project for a while now and given her friendship and past exploits with many of the current members I imagine this is going to be a fairly seamless transition, a rarity in the Idol world.

Coming around to the review now, and “Story” is BURST GIRL’s latest…mini-album I suppose? It comprises of 3 tracks and each one features a collaboration with a different artist. We’ve got Oyasumi Hologram producer Ogawa Koichi, Goto Mariko and Hidaka Toru from Tokyo Punk band THE STARBEMS lending their talents to this release, so I expect this won’t sound like the BURST GIRL that many people know and love. An exciting new chapter in the group’s history or an ill-judged change in musical direction? I suppose there’s only one way to find out.

First up we have “miracle story”, with the lyrics and music provided by MARYA and arrangements coming from Ogawa Koichi, who produces most of Oyasumi Hologram’s musical output as I mentioned previously. You definitely get that Oyasumi feel from the song’s opening instrumental, with all of its ambient synthesizers and repeating, almost robotic sounding melody. The vocals too are markedly different from the BURST GIRL norm, ringing out in a style not too dissimilar to that of a chorus section and being very bright and melodic while doing so too might I add. Things do pick up rather significantly with the introduction of a twangy, mildly distorted guitar riff and fairly uptempo drumbeat for the song’s chorus, but the vocals don’t really deviate from their initial melodic style besides getting a bit more power put into them. I really like the instrumental when it gets into full flow though, and all of the beats and melodies are coming together to create this really bright and vibrant soundscape. That being said, on the vocal side of things it can feel a little bit repetitive at times though I can’t say I even mind that too much here honestly. If you’re fan of rowdy Punk music BURST GIRL then you might not have a great time with this one, but if you’re fan of Oyasumi Hologram you’ll probably love it…and also wonder why they didn’t get this track as a single or something.

Next to lend their songwriting and production talents to this release is DJ Goto Mariko, who many of you will probably be familiar with from either her solo career or her cult favorite band Midori from back in the day. Of late she’s reinvented herself once again as a DJ and while I’m not really familiar with her recent work, the instrumental for this track is about what I imagined it would be before listening to it. By that I mean it takes EDM as its base layer and then works in a bunch of other elements from various genres such as Jazz, Industrial, Pop, Rock and what have you to create a very varied but somehow still tight and cohesive soundtrack on top of which BURST GIRL are able to do their thing. In this case it’s a very odd vocal style that’s kinda all over the map when it comes to tone and how the lines are being delivered. You get normal singing, playful chatter, overly exaggerated cutesy moments and at times the feeling that a lot of this is being done for comedic effect. It’s certainly a far cry from the screaming and shouting that defined the group’s earlier output and it’s a bit jarring at first listen, that said though the energy is infectious and the lyrics are quite catchy so it’ll work its way into your brain before long if you give it a chance.

Last up we have “Against the drain” with music and lyrics being provided by Hidaka Toru from Punk band THE STARBEMS. Given what I’ve just typed you might expect that this song would sound a bit more like what we’re used to from BURST GIRL and you’d be right…kinda. It’s definitely not the high intensity, shouty Punk style that the group built their brand on but there’s definitely a stronger Punk element to this song’s instrumental than either of the release’s previous two tracks. It does play more to that melodic, Ballad style though with the riffs getting muted quite significantly and the drumming not having the punch or definition that I’d personally prefer myself. The stars of the show quite clearly are supposed to be the vocals and they do their best to do this half-way between Punk and Ballad sort of style that has its moments where you get a nice venom laced or melodic line but outside of that it all too often falls into this sort of mid-tempo style that is neither particularly terrible nor spectacular. This extends into the chorus, though to an admittedly lesser degree, where the lyrics get about half way there but don’t quite do enough to clear the air in the way that they probably should. The last 30 seconds or so are probably the most energetic out of the whole track and it’s quite an enjoyable closing section. I’m just kinda surprised that I enjoyed the Punk song the least on a BURST GIRL release. Crazy stuff.

I think it’s without question that “Story” marks a very significant juncture in BURST GIRL’s career as a group. They’re clearly very open to exploring new styles of music now that Rei has left and that was pretty obvious to me the second I saw a bunch of collaborators listed for this release. The results on the whole seem fairly positive from a musical standpoint, and I myself rather enjoyed the first two tracks featured here. I just have to question what this is going to do for the group’s existing fanbase.

Interesting times ahead either way I’m sure. Probably still a bit early to be making any kind of sweeping judgements on the future of BURST GIRL, not least because of how this pandemic situation has wrecked most of the year already. That said, I think their next release will be a pretty clear indication of where they’re heading as a group musically. I’m along for the ride personally but I do worry that they might turn some people off if they stop doing the shouty Punk stuff entirely. Only time will tell on that front I suppose.

Enjoy the content? Consider supporting the site on Patreon for as little as $1 a month.
burst girlBURST RECORDSMini-Album Review
0 comment
FacebookTwitterTumblrRedditEmail