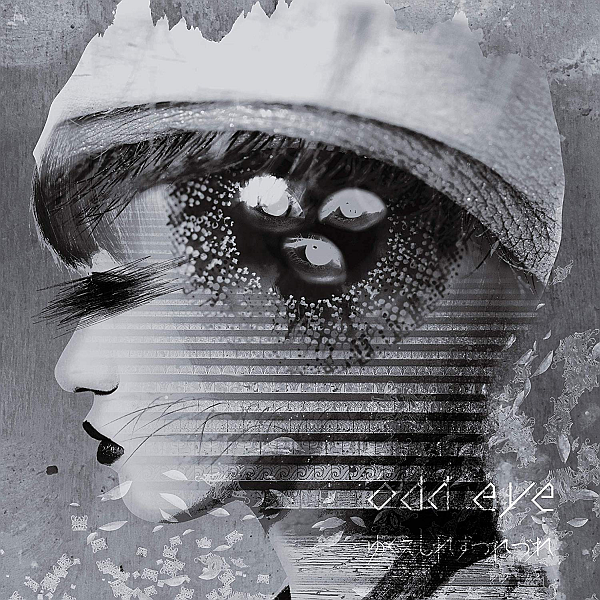 My thoughts on “Odd eye”, the latest single from Yukueshirezutsurezure.

I feel like I open every review of a Yukueshirezutsurezure release by saying that its been a really long time since we’ve heard new music from them. Well, that’s the case again unfortunately but more on that in a little bit. No matter the reason, it really bums me out that this group aren’t able to put out new material on a more consistent basis. That, combined with a sister group absorbing a lot of the elements of their sound that made them unique and you’re left wondering a little of what might have been.

In case you’ve been living under a rock, Tsurezure have undergone some fairly drastic line-up changes in the time between this single and their “exFallen” album (review here) that preceded it. Kotetsu was transferred in from Kaqriyo Terror Architect and a totally new member joined in Takari Takara. Unfortunately a few months later it was announced that founding member Futamaruya Shidare would be leaving and well, this single is the first time we get to hear what Tsurezure sound like after all of that.

I say this at the start of a lot of these things, but I’m really not sure what to expect here. On the one hand I’m curious to hear how Tsurezure will sound now vocally but on the other I’m worried that the absence of Shidare will be very noticeable. I believe Mei Yui Mei has taken up the majority of the harsh vocal parts and has been doing pretty well with them. Then there’s Kotetsu and her unique tone of voice, along with a relative unknown in Takara. There’s lots of questions here so I guess the best thing to do is start this review and see what kind of answers we get.

Title track “Odd eye” opens with a pretty pleasing (if you’re into this sort of thing) Hardcore-ish instrumental that is supplemented by some guitar modulation that adds a bit of an ethereal sort of vibe to things. That whole feeling gets shattered pretty quickly though, as the vocals come (literally) screaming into life. You can tell there’s something different about them, but honestly I think they’ve done a pretty good job of minimizing the absence of Shidare, so it’s not a totally jarring listening experience. The song compliments these wilder moments with more tranquil, almost dreamy sounding parts and both sides play off of each other pretty well. Synthesizers are the main driving force for these sections and they do a good job of calming things down for a (albeit brief) moment before the song ramps back up into something a bit more abrasive. Add in a pretty catchy chorus and I’m finding very little to complain about with this song. It’s actually fairly accessible if you’re willing to give the screaming a chance and even though I’m personally missing Shidare’s vocals in a lot of places, to the average person this is going to be a pretty damn good song.

“illCocytus” is the single’s first b-side. I believe the title is in some way a reference to a river in the underworld from Greek mythology, just in case anyone was wondering. Well, this song doesn’t waste much time does it? Unleashing an all-out assault on the eardrums right from the off. Pounding drumbeats, heavy guitar riffs and a nice coat of distortion create a wall of noise that sets the tone for the rest of the song. You’ll be glad to know that things settle down into a foot stomping, Metal style instrumental after a short while though the energy and intensity remain high. I like the punchy nature of the instrumental quite a bit, definitely an underlying Pop element to how they structured it which I think was probably a good call. On the vocal side of things, there’s little bit of a KTA influence going on…or maybe it’s just me. It does seem a bit more chattery and unhinged than a typical Tsurezure song though. Outside of that the vocals are pretty methodically delivered, very steady and deliberate, which really added to the tense atmosphere created by the instrumental. The chorus is a bit more bright and uptempo, though I could have done with maybe a slightly stronger hook. Apart from that though, I also liked this song a good deal. A bit different but still with enough of what makes a song a Tsurezure song.

For the second b-side and final track on this single, Tsurezure opt to rerecord their self-titled track “Yukueshirezutsurezure”. This song originally featured on their “exFallen” album and once again you can read my initial thoughts on it here. I was probably a little harsh in my initial musings, as this song has grown on me considerably in the months since its release. I still think the instrumental is a little bit blown out at times but I kinda get that maybe that’s just what they were going for. I do have a newfound appreciation for how the song flows between mellowness and harsh brutality though, and several hooks that I didn’t pick up on initially have made themselves known to me after repeated listens. Once again, I can tell the difference between this version and the original with Shidare, though it’s not like there’s a massive difference unless you’re looking for it. The screams are still great, the melodies are still really nice…it’s just going to take a bit more getting used to. Like I said in the original review, I feel like a self-titled song should be representative of what the group/band/whatever typically sounds like and that’s definitely the case here. It just sounds a little different to what I’m used to is all.

You know what, despite my worries coming into this review “Odd eye” ended up being a pretty nice little single. It’s probably going to take me a while to get used to Tsurezure without Shidare’s vocals but what they’re producing without her is still pretty damn good stuff. There also seems to be a little bit of experimentation going on which will be interesting to see how it plays out over the group’s next few releases…however long those take to come out.

Speaking of which, I believe Tsurezure should have a new singe out in about month’s time so I’m definitely looking forward to that. I really do like this group and their music so it sucks that they keep having all of these line-up problems. Hopefully the group of girls they have now are able to stick around for a while and build things back up a bit as there’s so much potential here that it would be a real shame if they don’t end up doing as much as they can with it. Guess we’ll just have to wait and see how things go.