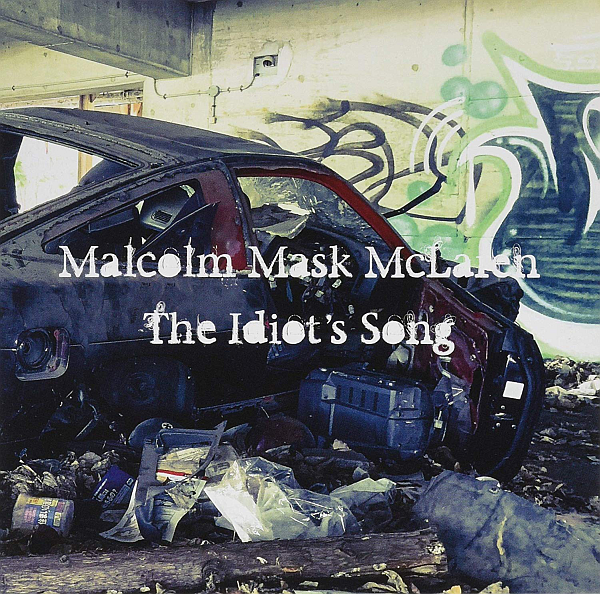 My thoughts on “The Idiot’s Song”, the latest single from Malcolm Mask McLaren.

I feel like I’ve been doing a pretty good job of covering a wide range of releases from a whole of host of groups this year. Quite a lot of new faces appearing on the site, often out of necessity such is the revolving door that is the Idol industry. On that front I think I’ve been doing alright, but there’s a few groups that I’ve enjoyed in the past that have slipped through the cracks this year. No real reason for it, it’s just one of those things that happens for whatever reason. I really want to fix that though so let’s start here.

Malcolm Mask McLaren are a Punk/Easycore group that currently consists of 3 members…who I had to look up because I’m pretty sure the group is a bit different from the last time I checked in on them. I really wanted to write about their “My Life My Way” album that came out at the end of last year but time just wasn’t on my side then. It was a pretty enjoyable release but they’ve still never quite matched the fantastic “MELODIC HARDCORE” album (review here) that they put out in 2016. I’ve been busy with a bunch of other stuff in 2019 so haven’t really been keeping up with them, which brings us to today.

“The Idiot’s Song” is Malcolm Mask McLaren’s latest single. Featuring two tracks, so by no means a lengthy listen I’d imagine. A pretty interesting name for a single/song I have to say, but I’m hoping some of that humor might translate over into the song itself. I’m not sure though because like I said I haven’t been keeping up with the group recently. As a result I’m not really sure what my expectations are for this single. One pretty energetic and fun sounding song out of the two hopefully won’t be too much to ask though, and Malcolm Mask McLaren certainly have (or at least had) the ability to deliver that. Guess there’s only one way to find out though so let’s see what we’ve got here.

The Easycore gets flowing early on in title track “The Idiot’s Song”, which opens with the genre’s signature fat, distorted guitar riffing that makes for a pretty dense, heavy sound. It’s lightened up slightly by some more melodic guitar and a little hint of synthesizer, the latter of which not being something I would traditionally associate with this style of music but it creates that balancing melodic element all the same so it doesn’t end up sounding too out of place. The vocals come in and I’m not really sure what happens but the instrumental loses quite a bit of its cutting edge. The vocals are fairly light and very melodic, but like the instrumental I feel like you need at least a little bit of attitude or something to give the song more dimension. It’s even stranger because a lot of what I just mentioned features in this song’s breakdown so it’s not like they don’t know how to do it, they just won’t for some reason. As far as the actual song goes, it’s pretty decent I suppose. The lyrics are fairly catchy, the melodies are pretty pleasant and there’s some pretty interesting riffs and drumbeats in the instrumental. It just sort of ends up feeling a little bit flat and I’m not really sure why that is honestly. This seems to be a recurring theme when it comes to MMM songs for me and that’s a shame.

B-side “MOMENT” starts off on an even harder, denser note than this single’s a-side did. The instrumental definitely sounds like it’s more slanted towards a Hardcore style but there is definitely still an underlying element of Easycore in there that does a good job of cutting through the noise wall with some pretty fun and catchy guitar riffs. It even keeps up when the vocals come in for the most part, though they do strip out quite a bit of the bass presumably so the vocals don’t have to fight to be heard through the noise. The vocals this time out take on quite a few different styles throughout the course of the song. Ranging from Melodic Ballad to Pop Punk with even a slight hint of Rap making an appearance along the way too. Perhaps unsurprisingly I enjoyed the Punkier parts of the vocals and the more melodic stuff was pretty good too, not a huge fan of the gang vocals and Rap moments but they’re not that bad either. Lyrically the song flows really nicely and is quite catchy to the ear, which is something MMM never really have a problem with admittedly. I definitely think that this song has the much stronger instrumental and probably vocals as well, it’s just more my sort of style I suppose. It just feels like everything is much more well rounded when compared to the a-side is what I guess I’m trying to say.

A little bit of a mixed bag for me from this particular Malcolm Mask McLaren outing. I got quite a lot of what I was hoping for out of it but it still left me feeling like they’re about two thirds of the way to making really awesome Easycore Idol songs. They do a lot of stuff well but seem to stumble at the final hurdle by making some really odd productions decisions, of which this single’s title track is a good example. The b-side is admittedly much better and definitely worth seeking out however.

Hard not to come out of this one feeling a little frustrated but there’s a lot of good things here too. I hope maybe Malcolm Mask McLaren are trying to build towards something as I know they’ve had their line-up troubles and had to undergo a reboot of sorts not long ago. Guess we’ll have to wait and see, but as things stand the lofty heights of their “MELODIC HARDCORE” era appear to remain out of reach for the time being.

Enjoy the content? Consider supporting the site on Patreon for as little as $1 a month.
FIVERIDGE MUSICmalcolm mask mclarensingle review
0 comment
FacebookTwitterTumblrRedditEmail