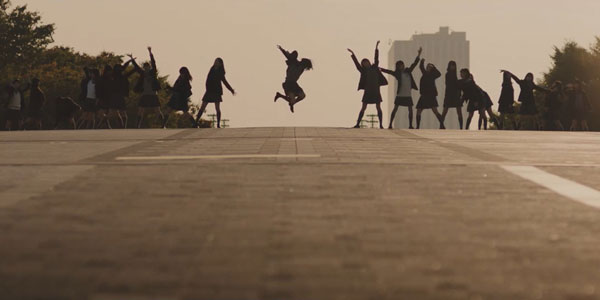 With their new single, Keyakizaka46 shook up the senbatsu landscape. Members who I expected to be up front for as long as they were present were pushed aside. In their place? Members I never would have guessed would get a push. Whether or not this amounts to anything other than a different seating arrangement on their TV show remains to be seen, but it definitely raised the anticipation for this new single. I don’t know that the senbatsu changes really reflect much in the video, but this is a beautiful PV in any case.

The directing in this PV is the best I have seen in 2016. The filming looks like an artistic mesh of a Shinkai Makoto-like style fused with a Disney movie’s musical scene. The setting doesn’t rely on context at all. Instead, it focuses on making every shot beautiful. The camera work is absolutely exemplary. Many scenes present an angle you wouldn’t expect which makes scenes feel a little more suspenseful. These angles also allow for awesome use of lighting, natural and artificial. Many shots have this angelic glow to them, and those filmed at dusk have a stunning sepia tone. Additionally, there’s a tad of color modification that enunciates these effects, but it’s very subtle. Some scenes have perfectly natural colors, which also look fantastic. Seriously, every frame of this PV is gorgeous. 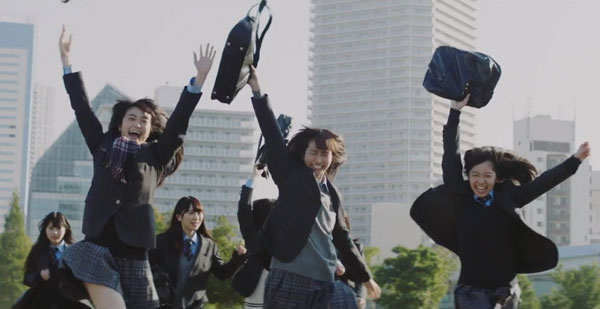 Another amazing aspect of this PV is how it manages to have very little downtime. There’s very few scenes in which there isn’t some kind of choreography in play. Even as girls walk down the street, they sing and dance along the way. The consistency to these elements comprise a lot of the musical style I mentioned before. It really connects the entire video together in a way rarely seen. It’s almost as if this PV has an artistic heartbeat. It doesn’t hurt either that the timing, performance, and expression on part of the members is damn near flawless. I can’t even imagine how many takes they must have gone through to get some of these clips as fluid as they are.

If you can’t tell, I’m in love with this PV. It’s so intricate and impactful in every scene. The choreography has amazing depth and brilliant execution. The filming is artsy and beautiful. The setting is modern, yet calm. The outfits may be the one thing that fall into average territory. Still, the seifuku looks nice and the uniforms have a nice purple color to them. Most importantly, they fit into the look and feel of the PV. I care more about that than showiness. Usually I prefer the wacky and fun side of idols, but this is just presented in such an amazing quality. Unless something absolutely explosive comes out in the next month and change, this is going to be my favorite PV of 2016.

And seriously, Hirate Yurina can be the center of every single from now until the end of time for all I care. She’s so expressive and a joy to watch. Just as I had almost settled on Watanabe Rika as my oshi for this group, Yurina and also Shida Manaka have completely screwed that up. Oh well, it’s a good problem to have right? Boo hoo the group is too good. Pass the Kleenex, I got feels.

My feelings about the song are pretty similar. The instrumentals have that soft, subtle feeling that most people complain about with the 46 groups. Me personally, I’ve loved that since the start of Nogizaka46. I have my “Guru Guru Curtain” first presses to prove I was ahead of the typically late fandom bandwagon. Just sayin’. However, as things flow along, the energy builds up into an awesome chorus line. It’s beautifully paced to the point it feels pretty much transition free. The vocals stay in safe water by breaking into smaller groups during the verses, and there really isn’t much in the way of solo lines. Personally I think the arrangement is perfect for this kind of song, so it works out. Overall… Can I say it just one more time? Yeah? Cool. …Overall, I love this release. A lot.