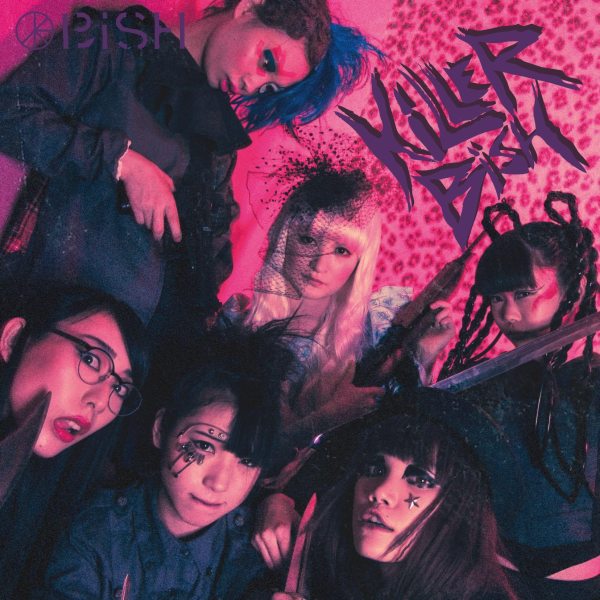 My thoughts on the major label debut album from BiSH.

If you’re reading this review and have any interest in BiSH at all, chances are you’ll have heard that they signed a major label record deal with Avex Trax earlier in the year. Good for them, hopefully the pay is good, decent working conditions and all the other stuff you hope for from new/any employers. Shame that “BiSH” the word doesn’t stand for anything anymore, that whole clamping down on crowd participation during live shows and all the other stuff that’s been swirling around these past few months. You take the good with the bad I guess.

There’s been a number of articles on this site about BiSH in our very short history. It’s mostly reviews and the odd opinion piece, but you can check out the “BiSH” tag if you want to see more of that. The editorial I wrote back in April, while somewhat dated by now is still a decent read I think. You’re also all already here to read a review anyway, so why not go back and read the other BiSH reviews that I’ve done. One of them might even contain some spoilers for what’s to come in this article.

Anyway, enough of me shilling old site content that nobody should really care about. BiSH have just released their major debut album (well, the physical edition anyway) “KiLLER BiSH” under Avex and I guess I’m going to review it for your reading pleasure. I’m trying to go into this with my expectations tempered, because Avex have ruined many a group that I’ve enjoyed in the past. Still, I’m hoping for some decent tunes and hopefully that’s what I’m going to get.

The album opens with “DEADMAN (2nd)”, which as far as I can tell is pretty much the same as the original song that served as BiSH’s major label debut single, except they’ve just removed Hug Mii’s vocals and replaced them with new member Ayuni D’s. I wrote a pretty scathing review of this song when it originally came out and you can read it here. It works really well as an intro of sorts to this album, but don’t try to sell me a minute and a half long song as a single. Just don’t.

The album’s first proper song is “First Kitchen Life”, which apparently has lyrics written by Lingling so that’s cool they’re still involving the members of the group in the writing process. The instrumental track for this song plays like something you’d expect from a band like Maximum the Hormone, so as a fan of theirs that’s a positive in my book. As an entire package, this is a pretty great hardcore/punk song. It’s probably what “DEADMAN” should have been, but I guess getting it right at the second time of asking ain’t half bad.

Next up we have “Orchestra”, which is much more radio friendly than “First Kitchen Life”. That makes sense though, seeing as it’s serving as the promotional song for the album. Big labels usually require at least one song with mainstream appeal from an album, regardless of who you are so that’s probably the deal here. All that being said, this song is pretty damn good in all honesty. You get some solid vocal performances from everyone involved and the instrumental does what it needs to to keep the song flowing along. You can read Mike’s thoughts on the PV by clicking here.

“Stairway to me” then takes a very hard left, with an opening instrumental not too dissimilar to a country song. It’s a pretty sombre opening 90 seconds (did I mention this song is like 6 minutes long?) but with some great vocals from everyone. Things get a bit more passionate for a brief moment, before becoming sombre once more. This is pretty much the pattern over the course of the song, and yes this is very much a ballad. It’s a ballad in the best possible way though. Oh yeah, not sure what the gratuitous guitar solo about 4 minutes in is all about. It last for like 2 whole minutes too. Why not use that for another song guys?

In a very kind gesture, BiSH appear to have named a song on this album after this very site. Trying to butter me up for a more favorable review I see! In all seriousness, this song is pretty much the BiSH version of “IDOL is DEAD”. It opens the same, with a bunch of screaming but BiSH are much more high pitched and don’t appear to be able to last as long. It’s much more heavy metal than the BiS version though (the lyrics are also different of course), and they’ve completely excluded the electronica parts that were in the original. If I had to pick, I’d say the BiS version is better but this one is pretty good too.

Following on from that is “Hontou Honki”, with lyrics written by newbie Ayuni D if the credits are to be believed. This song wears its punk influences on its sleeve for all to see, which is no bad thing. The chorus isn’t all that punk, but I’ll let them off this time. The drumming is also super repetitive at times, which isn’t something I normally notice or point out so take the fact that I’m mentioning it however you see fit. If Ayuni D really wrote all of the lyrics for this song by herself (she appears to be the only one listed) then get this girl writing more songs ASAP!

We reach the midpoint of the album and are greeted by a (song called) “KNAVE”. I’m not sure if this is supposed to stand for anything, or maybe BiSH just think all of their fans are knaves. What I do know, is that this is another ballad kind of deal. Well, it’s a ballad in the vocal department anyway. The instrumentals actually have a decent amount of punch to them and do a pretty good job of keeping the song interesting to the ears. I’d probably have a much better opinion of ballads if more of them were done in this style. Props to Momoko for contributing to the writing process on the lyrical side of things too. 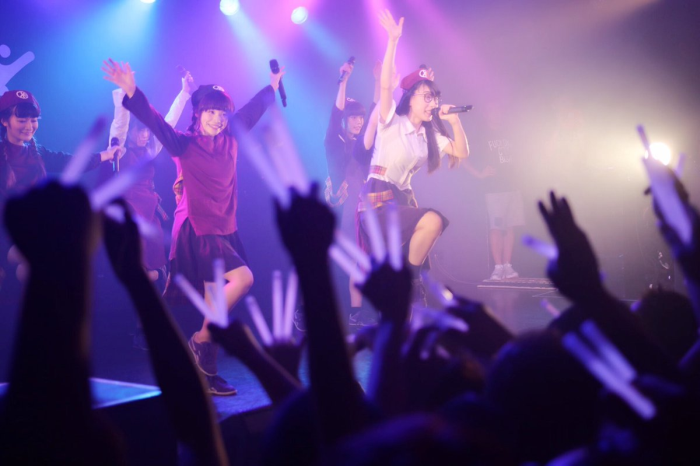 Lingling returns to lyric writing duties for the next song “Am I FRENZY??”. This song starts out with a pretty slow build, almost 2 minutes worth actually. I was almost ready to answer the question posed by the song title with “No, you’re really not” but in the end I guess I’d have to go with “Yeah, you’re kinda FRENZY”. For me, this is a song that’s alright but I feel like I was waiting for it to go somewhere that it never went. Add to that the fact that the song clocks in at 5 and a half minutes, and is repetitive in a less than great way and yeah, I’m not super taken by it.

“My distinction” follows, with Lingling remaining on writing duty (hope she’s getting mad royalties for this). This is a much more enjoyable song than the last one, in my ears’ opinion anyway. It gives me major BiS vibes, which is probably part of the reason why I enjoyed it so much. Another factor being the fantastic vocal performance that was put in to get the lyrics across. I find it hard to gauge opinion on BiSH, mainly due to everyone seemingly hating their producer but I think they’re pretty underrated vocally? I definitely feel like they don’t get enough credit but songs like this should go a long way to changing that.

Lingling tags out to Momoko for the next song. “summertime” sounds like it’s sung entirely in English, and the English is actually pretty decent as far as Japanese music standards go. It’s a pretty low bar, but I think this is pretty impressive and especially so if Momoko wrote most/all of this by herself. The instrumentals are fairly standard, but do a good enough job of helping the song flow and the beat is enjoyable enough to bob your head to. The gimmick here is the English lyrics so having the instrumental not get in the way or overshadow that was a good call if you ask me. 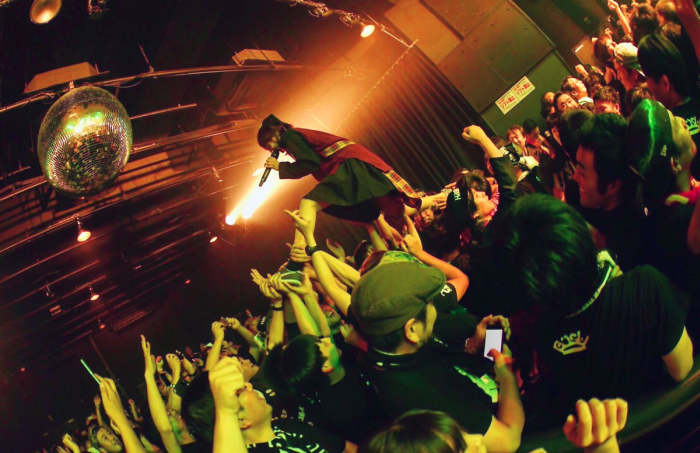 Aina the End shows off her songwriting abilities on “Hey gate”, a song that has an instrumental that isn’t too dissimilar to something that you’d find in the Punk and Ska genres. The vocals aren’t quite as catchy however, which is perhaps a little on the disappointing side. The song definitely has Aina’s influence all over it, but at the same time the lyrics are written in such a way so as not to leave everyone else in the dust. Is this going to be one of the more memorable songs on the album? Probably not, but it’s still a solid effort and is by no means a chore to listen to.

Aina remains on writing duties for the album’s penultimate song “Throw Away”. The intro features a rather nice guitar solo, before vocals kick in and the song gets going. This one is done in what I guess we could consider the BiSH template at this point (that sounds worse than it is). The verses are sung in about 3rd gear, before we throw it into 5th (or 6th if you like) for the chorus. Aina puts in a great vocal performance here, as usual and you get the impression this song was written with showing her off in mind. I mean, why wouldn’t you want to show off a voice like that, right?

“Ikitete Yokatta to Yuu no nara” brings the album to a close on a slightly less frantic note than the last couple of songs leading up to it. This song is much more blatantly a ballad than the other one or two that I mentioned, but it isn’t the worst choice to close out an album in all honestly. While it wouldn’t be top of my playlist, I definitely wouldn’t find myself fumbling for the skip button either. I’m not sure what it is about BiSH, but they make these slower songs a lot more palatable to me. Maybe it’s something to do with them having some really great, and distinct singing voices within the group. It certainly doesn’t hurt, that’s for sure. 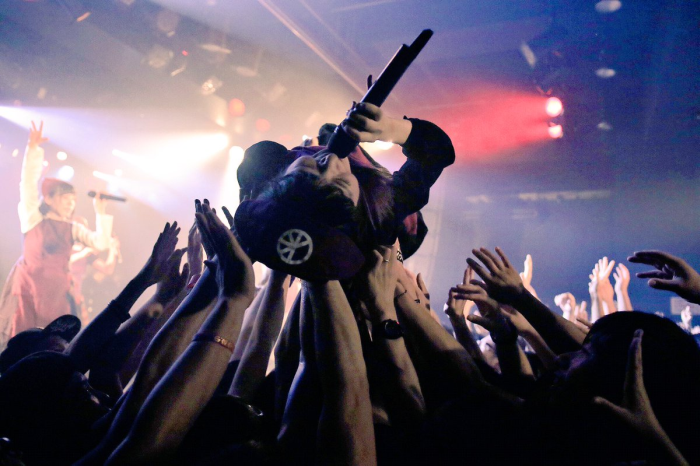 Honestly, as a complete package this album is pretty damn fantastic. I won’t lie, BiSH did kinda lose me there with “DEADMAN” and obviously my concerns with the whole Avex thing aren’t going to go away. That said, “KiLLER BiSH” has made me a believer again and I am genuinely looking forward to their next single, whenever that might end up being. Probably not this side of the New Year if I had to make a guess.

If you made it this far (or just scrolled right to here), thanks for checking out this review. I know it’s maybe a bit “late” but the physical edition did only drop like, today I think. Expect something a bit different, and more importantly for my fingers, much shorter next week.