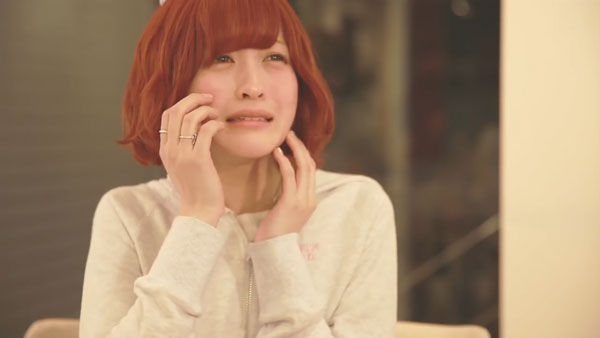 This week’s PV Roundup is so full of awesome, you might have an anxiety attack! 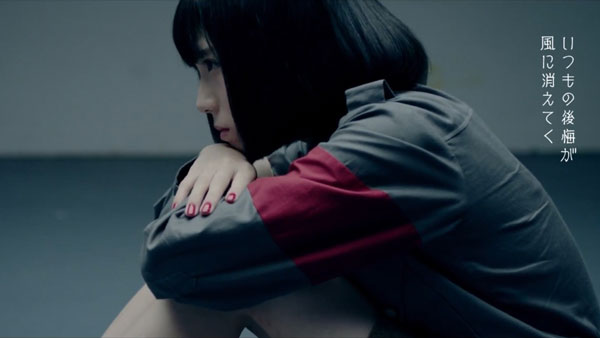 BiSH has been on a bit of a hot streak lately, at least for me. They recently introduced new member Ayuni D, a really cute girl from the middle of nowhere who’s suddenly been thrown into the limelight of idol stardom and the metropolis of Tokyo. Seeing some of her Twitter comments and pictures on that subject has been really fascinating. As if that weren’t enough, they recently released their new album, “KiLLER BiSH” on Japanese iTunes for the absurdly low price of 300 yen. It’s easily the best money to product ratio I’ve ever thrown cash at in JPop, because the album is actually very good. Now, we have a PV from a song on the album and the hot streak seems to continue on.

So right away, the PV throws us into what looks like story shots. I cringed a little here, as story PVs are not my thing. Luckily, these shots are used sparingly, and when they are, they actually aren’t too bad. The tl;dr of an already short story seems to be between two female friends who try to support each other, and one gets a little more attached than the other. After a botched kiss on the part of the more emotionally involved young lady, they seem to separate and reconciliation doesn’t really happen. Leave it to BiSH to go against the standard of idol videos where every problem is magically solved, huh? These scenes are shot pretty well, the girls are cute to look at, and it isn’t the focus so I can live with it here.

Most of the PV takes place in the dance and solo shots. These are exceptionally well done, too. The solo shots for the girls are especially awesome. These all take place in a large studio that isn’t much to look at, but there’s enough going on to make it not matter at all. What really makes this PV so good is the energy of the girls. Be it in the dancing or in the solo singing shots, the girls just project so well. Even at the times where they’re idle in their solo scenes, the stares are just so well crafted. The entire PV projects a slight mood of melancholy and it fits the song very well. Lighting is very well done. Colors are slightly dulled and all the scenes are lightly touched with a blue-ish tint that looks nice and moody. 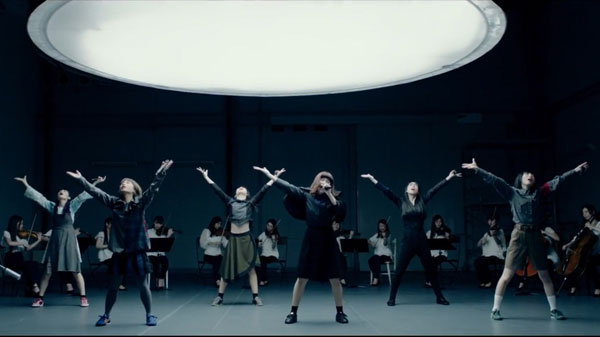 BiSH’s outfits are also really nice. They’re not really uniforms of any kind, but instead look like stylish clothes you might expect to see from the more softcore side of punk fashion. The colors are dull and mostly dark, and vary from girl to girl. Some have skirts, some pants. There’s not a lot of fan service going on except from Aina who has just a bit of midriff showing in some scenes, but that’s not the kind of PV this is anyway. Everyone looks very nice.

The song itself is great. The instrumentals are this really awesome variety of pop-rock that really make this a tune that’s upbeat, but has a hint of depression to it. The contrast of the musical setting really makes for a memorable track, and the emotion in the singing only amplifies this further.

Line distribution for this one is good, but it does rely heavily on Aina the End who delivers some of the best vocals I’ve ever heard from her. I love how natural her voice sounds, with the producers even leaving in some crackling as she goes for the higher notes. It really makes it feel genuine and slightly rough, but still so good. In that regard, it reminds me of Shiina Ringo’s works from the early 2000s. BiSH is absolutely on fire recently, and this PV is a perfect example of what I mean. Amazingly well done stuff right here.