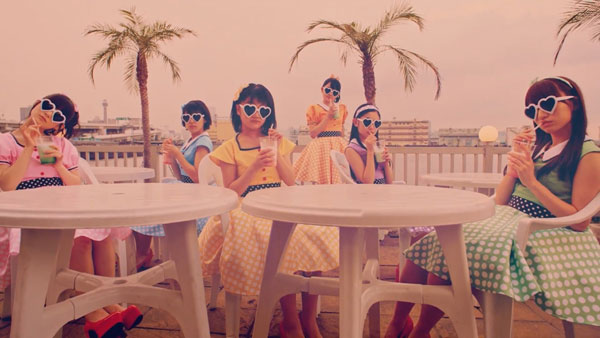 Once again we start off Country Girls talk with some bummer news. Sadly, Inaba Manaka has left the group in early August due to her asthma condition not improving. She remains with Hello! Project for now where she’s reported as being on standby for potential future projects. It goes without saying I wish her all the best and hope she can return to the stage if that’s what she wants to do.

Getting onto more upbeat discussion, Country Girls had a major hit for me with their previous single. I can’t really tell you why, but I love when idols use elements from the likes of big band or 1950s pop. The energy of that kind of music just resonates so well with idols, I think. It may also be a dose of nostalgia from simpler days represented in the memories I have from the time of Morning Musume’s “Mr. Moonlight ~Ai no Big Band~” . In any case, when I turned on this PV and saw that they’ve released another song in the same ballpark as the last single, I was grinning like a damn idiot for three whole minutes.

So, once again, we see the outfits for this PV have the 50’s cafe girl look going on. Despite a retread on the premise, these outfits are absolutely nothing like the previous single’s wears. In fact, they’re a huge improvement. Instead of a large amount of plastic-like material, these look to be actual fabric. As such, they’re less bloated looking and more form fitting. The girls look much nicer in these.

There’s also more color in play this time around. Instead of being divided into three sets of colors by generation, each girl gets to adorn their designated color. The result is a much more lively, colorful screen of awesome girls. There’s Japan filter in play, but it’s not distracting. In fact, it kind of plays up to the slightly dull colors of the outfits in a fairly nice way. The polka-dotted waistbands and skirts also play up to the 50s theme nicely.

Aside from looking great, the girls are in top performance mode for this one. Much like the song, this PV is significantly more intense than “BOOGIE WOOGIE LOVE”. The girls more than step up to the challenge. The dancing is pretty chaotic, but the girls stay in sync pretty well. However, the real awesome factor in this video comes from the solo and group interaction shots. These are perfectly filmed and the expressions are seriously high quality.

Everyone does an amazing job, but I have to give a special mention to Yanagawa Nanami. Her expressions and stage presence in this PV are well beyond her years. She makes perfect use of every frame she is on screen with noticeably improved dancing, amazingly cute expressions, and great energy. That’s not to downplay everyone else though. Everyone is in top form. Yamaki Risa especially is…heh…she’s a very lovely lady. 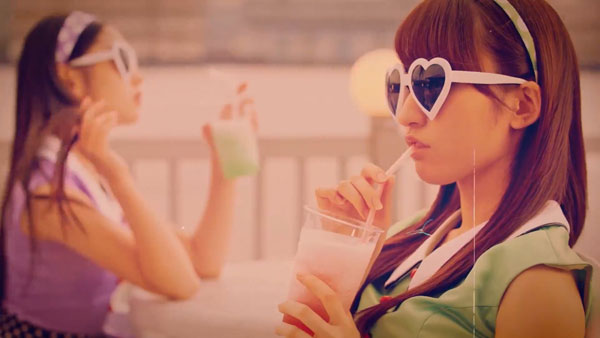 I’ve lightly touched on the more technical aspects of the PV as I’ve went on. Camera work is great, post-production fits the theme, performances are great. The set is also more decorated than your typical H!P PV, with dance shots featuring a few instrument players and solo shots decked out with coin lockers covered in random stickers. Really though, the underpinning of the PV is just the raw, awesome fun that it is. From the opening scene to the closer, it’s just high energy, wacky, idol pop fun. It’s the kind of release I can point to and say this is why I’m still into idol music after 15 years and counting.

Compared to “BOOGIE WOOGIE LOVE”, the song itself is a little less big band and a lot more pop. It’s pretty lively and reminiscent of…hell, I don’t know. I’m old, but I’m not that old. It sounds like some Elvis tunes I’ve heard my mom listen to, perhaps. In any case, the song is just as fun as the video. The high tempo and quality instrumentals give it a pretty authentic feel, and the vocals are delivered in the highest of energy without being out of control. All in all, it sounds great. This release is already a keeper, but I’m excited to see what else is going to be included. I probably throw the five stars around more than I should, but this one is a true five star. One of the best of the year.