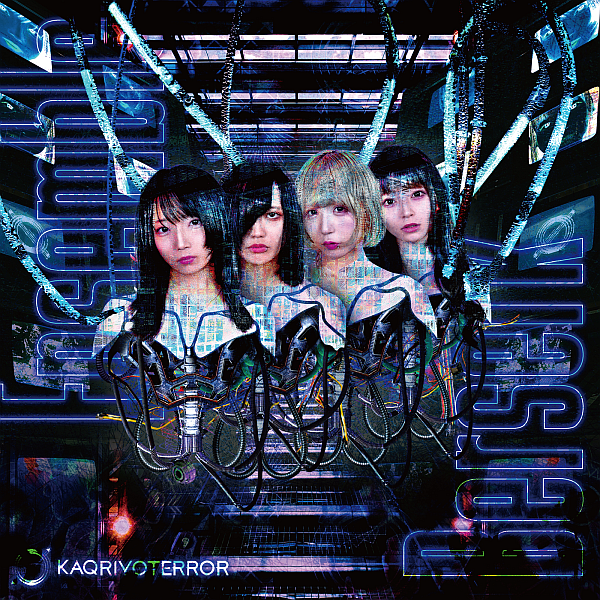 Some thoughts on “Ensemble Berserk”, the second album from KAQRIYOTERROR.

Things weren’t going super great for KAQRIYOTERROR for quite a while there, what with their line-up issues and just general lack of love from codomomental I suppose. I try to be as positive as I can when it comes to this Idol stuff but it’s tough when you see a group you used to really enjoy begin to struggle and not really be able to find its feet. It doesn’t help when their sister group is getting a lot more of the attention either but I guess when it’s Zenbu Kimi no Sei da then it kinda makes sense.

Anyway, KT have been doing a bit better lately and I think that’s at least in some small part thanks to having Nonamera back in the line-up. Not that I’m saying that the group’s improving fortunes are entirely down to her, that wouldn’t be fair to the other members after all, but her presence does seem to have given the group the proverbial shot in the arm that it was needing. Still no sign of Sumomo however, even though she is apparently still with codomomental as things currently stand at the time of me writing this article.

“Ensemble Berserk” is KT’s second album, coming quite some time after their debut “Avant Garde 0 Point” which featured a line-up that is practically unrecognizable to the one of today. The songs featured are very recognizable to anyone who has been following the group in the last year or so though, for better or worse depending on how you might feel on the group’s recent output. More on that in a bit though, for now let’s take a look at what’s one offer here.

As you can see from the tracklist, a decent chunk of this album features “2022” versions of previously released KT songs. These have been updated to include the current line-up and yeah I think they did a pretty decent job generally speaking. Nonamera doesn’t really stand out as much as I thought she might on this current material but I guess that could be argued to be a good thing because you probably don’t want to place so much expectation on one single person like that. If you liked the tracks before, you’ll probably still like them now. If you didn’t then maybe it’s time to revisit if for no other reason than to hear how Nonamera fits into it all.

The new material that does feature here all sort of follows the same general principal. That being this Hardcore meets EDM, Industrial kind of sound with vocoded melodies, some screaming and what have you. It’s a bit of a mash-up of a lot of different codomomental styles in a lot of ways now that I think about it. “Who Are U?” is the farthest we stray into Ballad territory on the album and of the rest I’d say that “Renbin Pantomime” and “Nyo” are the most interesting for my money and musical tastes.

“Ensemble Berserk” is a pretty solid album when you step back and consider it as one complete package. It’s not really looking to do anything too different to what we’ve been hearing out of KT in recent years but there’s still an alright amount of variety on offer. If you haven’t been super into the group’s musical direction of late then I’m not sure if there’s really anything here that’s going to change your tune on that front but I’d still say give the album a spin or two just to be sure.

Hopefully this is another step towards KT building themselves back up and getting a bit more recognition and love in Japan. codomomental still seem to be all-in on Zenkimi at least for the foreseeable future (i.e. until their Budokan date next year) but I still think they can be doing more with KT and their other groups so maybe Nonamera being back might stimulate a bit of movement in that direction too. Who knows though, everything in Idol and the world in general these days seems about a sure as Sumomo’s status so let’s just enjoy what we’ve got here while it lasts yeah?