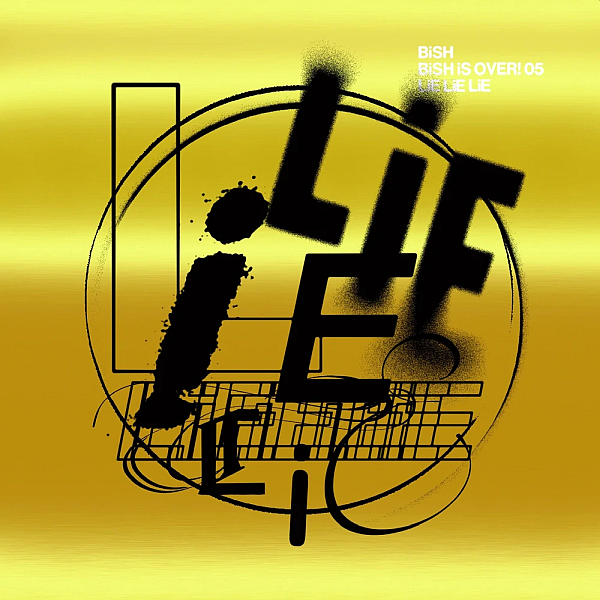 Some thoughts on “LiE LiE LiE”, the fifth in a series of monthly singles from BiSH.

At this rate I don’t think I’m ever going to catch up with all of these new BiSH singles that are coming out, as it feels like as quickly/slowly as I manage to write about one another pops up to take its place. Like a never-ending game of Whack-A-Mole is perhaps the best way that I could come to describe it, though if we’re being totally candid we all know that the game is going to end eventually. We just haven’t quite put an exact timeframe on it just yet.

If you haven’t heard by now, BiSH are allegedly disbanding at some point in 2023 and to celebrate they’re releasing one single a month for the entirety of 2022. Not quite the headline grabbing stunt that we might have seen in their more wild, younger years but as fans it’s hard to argue that they aren’t giving us plenty to remember them by with all of these tracks that are coming out. I’m sure they’ll make a rather lovely album out of all of them too at the end of it as well.

“LiE LiE LiE” is the fifth installment in this twelve part series and just like every previous one I’m quite curious/excited/etc to see which genres are being pulled down off the shelf and dusted off for this particular single. We’ve been hearing a good bit of variety thus far and there’s still several rather prominent styles that we haven’t yet seen so perhaps we’ll knock out one or two more on the bingo card before things all end in the inevitable tears and what have you in a few months’ time. That’s what I’d do anyway.

This single’s a-side is kinda interesting and perhaps not entirely for all the best reasons. “LiE LiE LiE” is a Rock song of sorts and very true to that genre in the riffs and mild vocal distortion that were pretty prevalent back in the 80s or so. In that sense it’s pretty enjoyable to an old head like me but on the other hand it does feel like it’s rather lacking in the energy that you might expect from a song like this. Things do brighten up a bit in the choruses thankfully but otherwise you are left wanting a bit as the song teases kicking into another gear but ultimately never quite manages to deliver on it for any extended period of time.

On the b-side of things, despite the title of “Why are you alive??” provoking some depressing thoughts the track itself is mostly positive in tone which was mildly surprising. Definitely what most would consider to be a soft Ballad but with that BiSH grit and emotion that spices things up just enough to make it more memorable than it otherwise might have been. Still not going to blow your socks off or anything like that but I liked the percussion in the instrumental and you can’t really fault the vocal delivery when they really cut loose and let it all flow out. Don’t expect anything to crazy and you’ll probably have a grand time with this one.

Hmm, I suppose if you pushed me for my true thoughts on this single then I’d have to say that it’s the most disappointing of the bunch so far in this series for me. I kinda figured we’d hit a couple of “duds” along the way though so I’m not upset or anything like that, and obviously this is just down to my personal taste in music too. Despite me not being especially wowed by either track here, I could easily see plenty of other people forming the exact opposite opinion.

We’re just about half way through this series of single now, and even further in actuality by the time that you’re reading this. Still plenty more to come and I’m still enjoying the journey and looking forward to seeing where the next 7 singles end up taking us. Hopefully you all are as well because I have a bunch more of these articles coming and it’d be great if you all stick around to read them. Look for more soon as I keep trying and failing to catch up with all of this stuff. Maybe one day, eh?