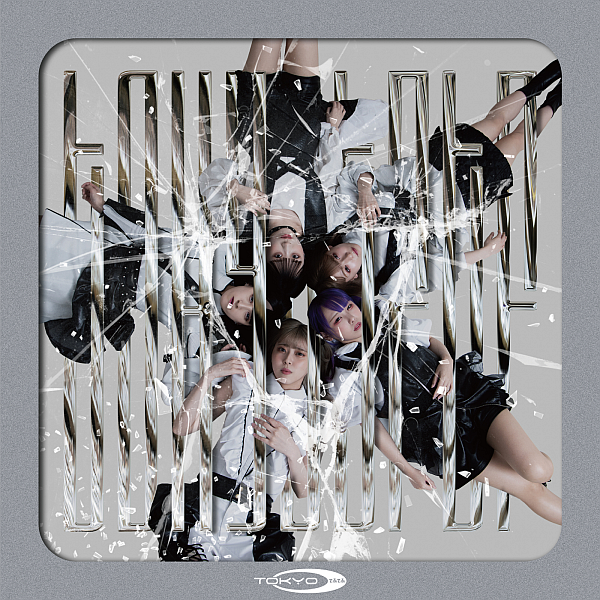 Some thoughts on “ash.” the latest single from TOKYO Tefutefu.

Things seem to be as turbulent as ever in the codomomental camp of late, almost to the point where it feels a bit pointless writing about it because things will have probably already changed again by the time that you’re reading this. That and ya know, none of you probably really care about these introductory paragraphs anyway and are probably only stopping by to see if I liked the thing that you like or hate the thing that you hated. That’s how this review thing works, right?

Anyway, TOKYO Tefutefu are still out there doing their thing and honestly have probably been the most steady in terms of any of the codomomental projects in the past while. Not the worst position to be in but they do sorta feel like they fly under the radar a lot, which you can argue there are plenty of very valid reasons for but I don’t really want to hurt anyone’s feelings so we’ll brush past that and move swiftly on.

Tefutefu are back with a new single, it’s called “ash.” which isn’t the most exciting of titles in my humble opinion but hey I’m pretty open minded so I’m not going to judge it just off of that. Can’t say I’ve really cared too much for the group’s previous musical output compared to their peers but I don’t really lose anything by giving them a blank slate here and it would be a shame to potentially miss out on something cool just because they never really clicked with me before now.

Credit where it’s due, the opening sequence of “ash.” really did draw me in and had me listening quite intently to find out just exactly where this song was going to end up going. The destination ends up being a Ballad of sorts but the guitars driving the instrumental and the synthesizers adding some distortion and some melodic hooks into what was a quite intense feeling song I feel like all worked together rather well. Sort of like something you might hear a J-Rock band or similar put out. Vocally quite intense too, with a focus on raw emotional delivery and for the most part everyone pulls off what is asked of them to good effect. Maybe just needs that one extra hook to really drive it home but a pretty solid in every other regard honestly.

“from lost” is also very much a Ballad and in this instance I mean that in quite the literal sense. Not a whole ton of stuff going on here, some piano and a bit of percussion form the bulk of instrumental and everything feels pretty bright and soft which is all done very well and if you’re into that sort of stuff then I imagine you’ll find this to be quite nice to listen to. Vocals are in that subdued, Ballad-y tone which should come as no surprise and they venture outside of that for the big moments on the track with some more passionate displays to put an exclamation point where needed. Another solid track, not really my style personally but hey, check it out and see how you feel.

You know what, this is probably one of my more favorite Tefutefu releases thus far in their career. Neither track is really trying to do anything too fancy and the vocals are fairly standard for the style of music they’re working with, and honestly that might be the best thing for this group right now. Get them something with a proven track record of attracting listeners and then once you’ve got more of them on board then you can try to get creative with the vocals and other elements of the group’s music. That’s me armchair quarterbacking the situation anyway.

Who knows what we’re going to get next from TOKYO Tefutefu. In some ways that’s exciting, in others I just sorta wish they get a run of material that doesn’t have some weird thing going on that’s distracting from what would otherwise quite entertaining music. I’m not a producer though so at the end of the day it’s just my uneducated opinion as a fan. I’m probably not the only one who feels this way though, so something to consider there perhaps.