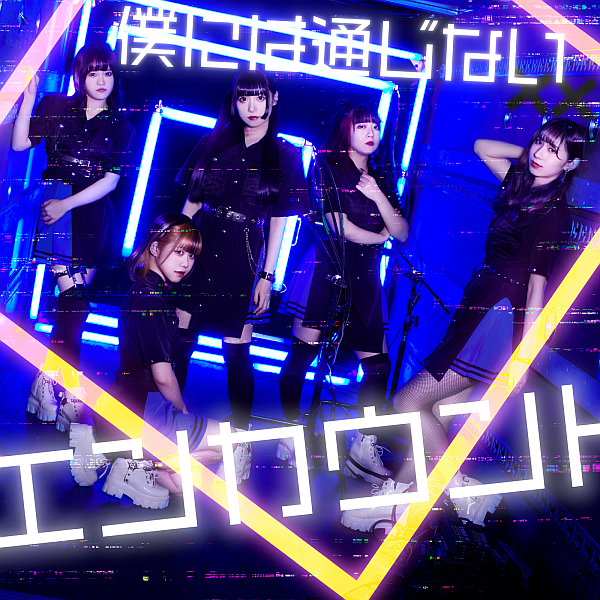 My thoughts on “Encounter”, the first digital single from Boku ni wa tsujinai.

Given the sheer volume of new music being released in the Japanese Idol scene these days (check out any recent Last Week in Digital to see what I mean), I have sort of ended up having to be a lot more selective when it comes to what I choose to write about on the site. Sure I’ll share my thoughts on most/all of the bigger name releases but when it comes to new or smaller groups there really has to be something that I feel is worth talking about, in my opinion, for me to really dive in and do my usual thing. Only so many hours in the day and what have you.

Well, Boku ni wa tsujinai are a new group that caught my attention while checking out some new releases recently so I figured maybe I’d share some thoughts on them here today. The 5-piece are so new in fact that they only just had their debut at the start of June so how’s that for fresh? They describe their sound as “VOCAROCK” which I’m not super sure what’s supposed to mean exactly but there’s definitely going to be some sort of Rock element if I had to guess. Strong, dynamic vocal displays too perhaps? Well of that I’m a whole lot less certain.

“Encounter” is the group’s first digital release and we’re only getting one song right now but that’s not really too surprising considering how new the group is after all. Depending on how you choose to look at things, this is either potentially a taste of things to come or the group’s one chance to make the best first impression possible. I find myself falling much more into the former camp these days but I know some people are much less patient than me. With that said, I’m going to share some thoughts on this song and maybe a bit about the group too so if you’re interested in check them out then feel free to read on below.

Despite the whole “VOCAROCK” tag, the opening instrumental for “Encounter” has a pretty strong Pop Punk vibe to it which is something that I’ve felt has been missing from Idol music in the past year or two as trends have changed and what have you. Catchy riffs and a fun, energetic tone are always a winner with me so this track gets off to a pretty good start as far as I’m concerned. Even the vocals have a bit of a Punk structuring to them when they’re eventually introduced, not so much being sung in the usual Pop sort of way but more spoken rapidly in time with the beat that’s accompanying them. It’s still super catchy though and the personality that’s getting put behind the words is very strong and has an appealing edge to it too. There’s still a Pop dynamic bubbling away underneath though because this is still an Idol song after all.

Indeed, said Pop dynamic bubbles its way to the surface during the track’s choruses and it’s at this point where they kinda lose me a bit as things take on this very bright, shiny melodic feel and I’m not really sure how well it works in the context of the rest of the track. It’s a bit too different is what I guess I’m trying to say, though the melodies are very nice and the lyrics are quite catchy too so it’s by no mean bad in that sense. Outside of that there’s honestly nothing else bad I can say about the song either so it’s a bit of a shame that things played out the way that they did here, at least as far as I’m concerned anyway. I’m sure plenty of you guys will be much more forgiving than I and probably have an even better time than the great one I did with this track.

Obviously this is just the first song from a group that’s probably just over a month into its career by the time that you guys are reading this, so there isn’t a whole lot of things to draw from this release in the form of conclusions at this stage. It’s a strong opening hand that’s for sure but who knows where things go from here. I kinda hope for more of that Punk vibe from future Boku ni wa tsujinai songs but their “VOCAROCK” tag doesn’t really give a clear indication of where the project might be heading musically, perhaps intentionally so.

In any case Boku ni wa tsujinai are definitely one to watch for the future I think. They have a great look, a pretty impressive debut song and obviously plenty of talent both vocally as well as on the production end of things. They just have to navigate the myriad of other pitfalls that the Idol industry will no doubt throw in their way and who knows where they might end up down the line. Hopefully we’ll get a new track or two at some point in the not too distant future at least as I really do want to get a better idea of what their sound is actually going to be all about.