My thoughts on “ESCAPE / TSUKAME”, the second single from Daremo Shiranai.

Lately I’ve been finding it kinda tough to get into a lot of the Idol scene’s newer groups. For one, there just aren’t as many coming up right now what with the way things are in the world but there’s also the fact that I’m just not down with what’s trendy with the kids these days. Its gotten so bad recently that when I see a new group pop up I just sort of assume they’re going to be doing some sort of take on Digital Hardcore/Hard Rock and scroll on by. Yeah, I’ve been judging books by their covers which is something I tell you guys not to do all the time.

Daremo Shiranai were unfortunate enough to have received such treatment from me when their first digital single “BALANCE BREAKER” came out back in January. It wasn’t their fault, just the mindset that I was in at the time. The 5 member unit from Nagoya only just debuted this year with HATENA CREATION and claim that their sound is “fresh Rock music with mixed influences from different genres” so that sounds kinda interesting I guess. They also say that they intend to “rise to stardom with speed” so clearly they’re also setting some lofty goals for themselves too.

Well I missed the boat on their debut release, but along comes their second single to give me another chance to jump on this bandwagon. They’ve gone with a double a-sided affair for this one with “ESCAPE” and “TSUKAME” being the two tracks in question. I’m not exactly sure what to expect here but I have seen a live video of this group and I liked what I heard so maybe a couple of those tracks are some of the ones included on this release, that would be cool. Otherwise it’s another one of these reviews where I’m coming in pretty blind so what better way to get started than to just hit play and dive right in.

“ESCAPE” leads off with a nice introductory piano melody before rather quickly transitioning into more of a Rock style composition, but it does hold on to that piano component which ends up giving the track quite an elegant sort of feel early on. There’s also a ton of really cool guitar riffs happening in rapid succession so they’re definitely trying to make an impact here with this track. Things do get turned down quite a bit and become almost moody by the time the first set of vocals come in, though the stompy nature of the instrumental and its overall energy remain rather pleasing here still. Vocally things are delivered in a very dramatic, emotionally charged tone and I was struck both by the variety as well as the overall quality of all of the members’ singing here. Really strong performances from everyone honestly and they really captured the mood of the track rather effectively. The choruses are fairly simple in that they take everything that has already been going on and amplify it several times, which makes for a little bit more intensity and some much brighter vocal melodies along with a refocusing on the piano parts of the instrumental. It’s catchy, has a nice flow and kinda breaks things up a bit too which I think you need in tracks like these to stop the mood from becoming too heavy over time. This is Japanese Rock music at its finest here folks so if you’re into that sort of thing then this track is an easy recommendation and if it’s not I would still encourage you to check it out just to hear how they were able to weave in all of the piano melodies and for the impressive vocal performances throughout.

If that last track was a bit too soft and melodic for your tastes then “TSUKAME” ups the tension quite dramatically, along with some added punch which you can hear right away in its very chunky Metal style opening instrumental which is being complimented by some squealing guitar riffs to give the composition something of a more melodic component. The vocals are also packing a bit more venom behind them, along with some mild distortion too if my ears are picking that up properly. Not really my thing a lot of the time but I think it did more to add to the overall granularity of the song than it took away. It all plays in to helping the positively anthemic displays that are the track’s choruses pop even more than they otherwise would have with their soaring instrumentals and powerful melodies, so lots of good decisions all around here in my opinion. That being said, there are a few times where I sort of felt like the instrumental was losing me a bit for some reason. I don’t know, I think the drums at times feel like they aren’t doing a whole lot and are instead being carried by everything else going on around them but perhaps that was just the way that I heard it. It’s far from being any sort of deal-breaker though and Daremo Shiranai have produced yet another take on the Rock genre here that has its own personality and distinct sound when placed in the context of the group’s slowly expanding discography. 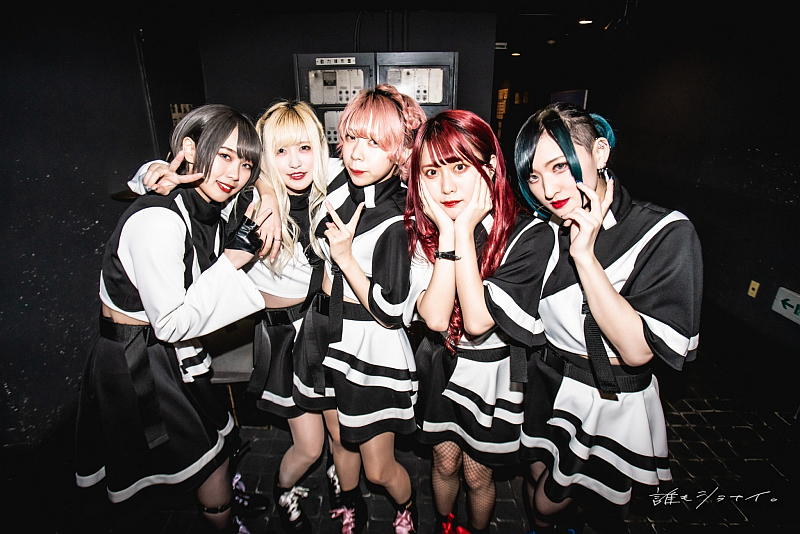 The stated intention of Daremo Shiranai was to produce fresh Rock music that draws from a variety of influences and that is pretty much what we got here. Both tracks on this single have their own unique attributes and stuff going on, while both still sheltering under the same loose Rock umbrella. Sure the music is perhaps a bit straightforward but hey, that’s just how Rock n Roll is sometimes baby. It doesn’t stop either track from being really fun and pleasing to listen to either.

A pretty good first impression all around then as far as I’m concerned here from Daremo Shiranai. They’re laying a strong foundation upon which to build the group from and considering several of the songs I liked from the live video I saw aren’t even on this release I would imagine that we’re going to be hearing a whole lot more from them in the not too distant future. They do have a mini-album dropping in a couple of months after all. It’s early days still of course but as far as new groups are concerned they certainly seem to be one of the more promising prospects of late. Watch this space.

Enjoy the content? Consider supporting the site on Ko-Fi for as little as £1.
Daremo ShiranaiHATENA CREATIONsingle review
0 comment
FacebookTwitterTumblrRedditEmail