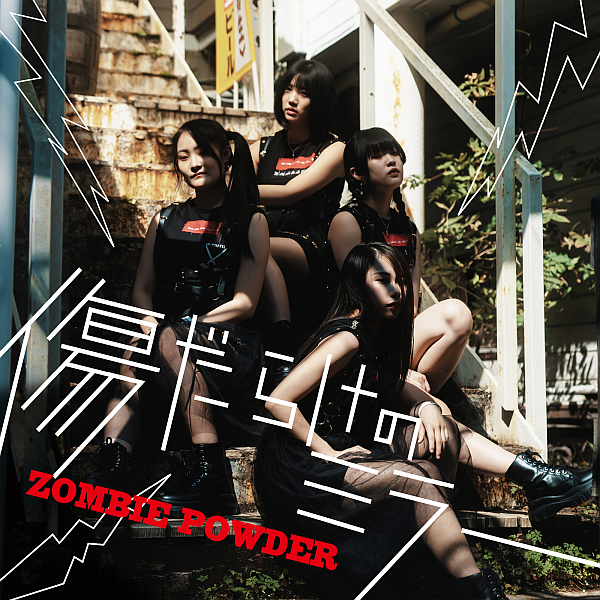 My thoughts on “Kizu darake no mirror”, a brand new digital single from ZOMBIE POWDER.

You know, one of the cool things about covering all of this stuff is when I see groups really catch on with some of my fellow foreign fans. While I doubt any of my random musings are ever really a major contributor in any of that, it’s still nice when something that you find interesting is also appreciated by others. Granted, oftentimes it ends up being groups that don’t really make a whole lot of sense to me but every so often I apparently have my finger at least adjacent to the pulse of what our small section of the fandom thinks is cool.

ZOMBIE POWDER are a group that I’ve admired from afar for quite some time now. I always thought that they had a great look and their music really does embody a lot of that heavier style of Rock music that’s popular these days, with all of the harshness and venom behind the vocals that one would expect from such a style. So while I wouldn’t say that I’m some kind of ZOMBIE POWDER superfan, I can definitely get down with what they’re all about and would easily recommend them to anyone looking for more of this style of Idol music who hasn’t checked them out yet.

“Kizu darake no mirror” sees ZOMBIE POWDER get in on the act of releasing some music digitally for a change, much like a lot of their peers have been doing in 2020. It’s their first widely distributed release since last year’s “Kansho Teki HELLRAISER” (review here) and I believe it’s also the first piece of music to be put out by the group’s current line-up after a personnel change a couple of months ago. Lots to get into here I’m sure, but I’m looking forward to hearing what the current era of ZOMBIE POWDER is all about, so let’s not waste any more time and get right into sharing my thoughts on this track here.

“Kizu darake no mirror” starts off in a pretty familiar style to what quite a few other groups have been trying to develop of late. By that I mean a fairly dense, kind of stompy Hard Rock meets Heavy Metal instrumental that definitely is starting to become something of a trend when it comes to groups who are trying to put out heavier sounding music. It’s plenty enjoyable to listen to though and provides a nice tension to everything that I personally quite like. The vocals are also doing a fairly on trend thing, being delivered in a sort of Rap style that flows quite well with the tempo of the accompanying instrumental and has the tone and attitude to match too. The track does open up a little bit more eventually, taking on a slightly more open feel with the instrumental relaxing just a bit and the vocals taking on a more melodic, atmospheric style that freshens things up quite effectively and stops the song from getting too bogged down in doing the same thing over and over. The choruses sort of end up in this unfortunate position though where, while being very ear pleasing and technically well executed, they just don’t quite have the same personality as the rest of the track so at least for me I kinda felt like they didn’t stand out as much by comparison. It’s far from the end of the world of course but it’s just sort of where I left off feeling after a handful of listens, so there’s still a pretty good chance that it’ll end up growing on me more over time. Apart from that, I’m finding very little here to complain about in all honesty. I can see this sort of song being quite popular as there’s already an audience for it which never hurts. 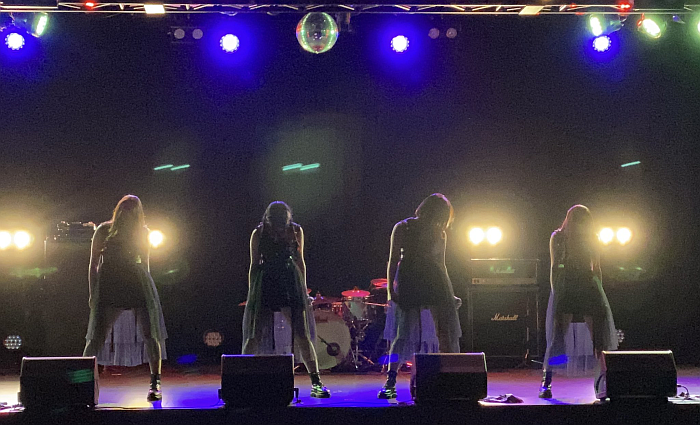 A pretty solid digital release from Zombie Powder here then. “Kizu darake no mirror” doesn’t exactly look to reinvent the wheel too much but the group have clearly identified a trend that’s doing quite well and are making their own attempt at it and honestly, considering how hard it is to get established in this scene, that’s a pretty important thing to be able to do. It’s going to appeal to a decent number of people, while others will likely have heard too much of this sort of thing at this point and disregard it but that’s the trade-off with this stuff.

Not a bad first effort from this new Zombie Powder configuration as far as I’m concerned. They seem to be doing well enough for themselves all things considered but I would like to hear a few more songs out of them before I can really start to invest too heavily in them. Hopefully once things have settled down a bit on 2021 we might get a new EP with some more new material or something, I think that would be pretty cool but that’s probably still a long way off for a whole host of reasons, so let’s just enjoy what they’ve give us here so far because it is certainly worth doing just that.

Enjoy the content? Consider supporting the site on Ko-Fi for as little as £1.
indiesingle reviewZombie Powder
0 comment
FacebookTwitterTumblrRedditEmail