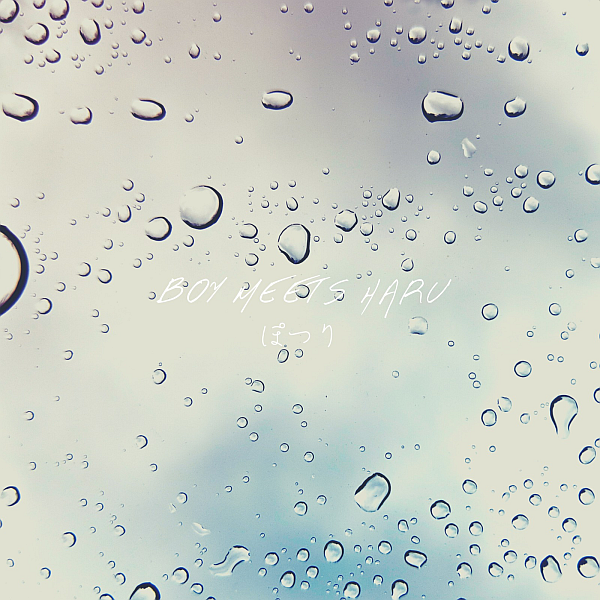 My thoughts on “potsuri”, the first digital single from a brand new BOY MEETS HARU line-up.

What a difference a few months makes, both in terms of the ongoing world health crisis but also the Japanese Idol scene. It has been a particularly rough couple of months of late, with all manner of graduations and groups disbanding. While I’m sure not all of it has to do with COVID, it definitely has been one of the main factors behind a lot of groups having some particularly challenging line-up issues that many are still trying to overcome. Though at least in those cases the project is still continuing on in some fashion.

The last time we checked in on BOY MEETS HARU it was to take a listen to their debut album “Omoi, haru ni tsurete” back in April. A promising release from an up and coming group that seemed to put them on some pretty solid footing to push on from. Fast forward a few months to now and the group is pretty much unrecognizable, having undergone an almost if not complete line-up change which while not exactly uncommon in this industry, isn’t really something that happens all too often I must say. On the one hand, at least the group is still around but on the other it’s probably a bitter pill to swallow in a way if you were a fan of the previous line-up.

This rather drastic change in personnel also raises a whole host of other questions but we’ll focus on the music related ones today. I myself am really interested to hear what “potsuri”, the group’s first piece of new material with the current line-up, sounds like and what if any changes have been made to the tone, style, etc of BOY MEETS HARU’s sound. I’m kinda thinking that not too much is going to have changed, but this is something of a fresh start from the project so trying something new definitely isn’t out of the question. With all of that out of the way, I guess the best way to find out what this new look BOY MEETS HARU sounds like is to take a listen so let’s do that now, shall we?

A very serene sounding piano melody is the note on which BOY MEETS HARU elect to kick things off on for “potsuri”, with a little bit of synthesizer also included for some added ambiance. Not quite the same as the brand of Electronica laced Rock that featured on the group’s debut album but there’s still a bit of a theme being carried over here. Some guitar and a light drumbeat are eventually brought into the arrangement which helps to flesh things out a bit more but still very much a mellow sounding affair, although with a bit more tempo to it as time goes on. Vocally we’re sitting fairly comfortably in that Ballad sort of style which is probably where you would expect things to be considering how the song opened. It’s a very nice performance with some ear pleasing melodies and some great emotional energy too, especially the further on into the track that we get. The choruses are a good example of this, turning things up an appropriate amount to allow them the to make the required impact that they need to but never diverting too far from the overall theme of the song. A lot of subtle things going on here, which might not work for some listeners, but after a couple of plays I was able to appreciate what they were going for here a lot more. Things really come into their own in the back half of the track though, with the song getting a pretty big lift and transitioning into a sort of fuzzy Rock style and the vocals taking on a more powerful, dreamy quality to them which I wasn’t honestly expecting but it was a nice surprise that made for a rather strong finish to a track that if I’m being honest did start out a little bit slow for me personally.

“potsuri” is a bit of an understated introduction to this new era of BOY MEETS HARU but I definitely heard some things in this track that excited me and made me curious to see where the group goes from here. It seems like the music might be a bit different in style now but this is only one song so perhaps it’s a bit early for me to be making a judgement like that. I definitely need to hear more new material that’s for sure and hopefully some won’t be too far away as the group looks to build momentum after its relaunch.

I suppose that’s about where we are when it comes to BOY MEETS HARU right now. It’s unfortunate that the previous line-up didn’t work out for whatever reason, as their album is still one of the more underappreciated releases of 2020 but this new system also seems to show a lot of promise so while one door closes another one opens I guess is how the saying goes. Hopefully this new line-up can stick around for a while though as there’s definitely a lot of potential in both this group and its music.

Enjoy the content? Consider supporting the site on Ko-Fi for as little as £1.
BOY MEETS HARUindiesingle review
0 comment
FacebookTwitterTumblrRedditEmail