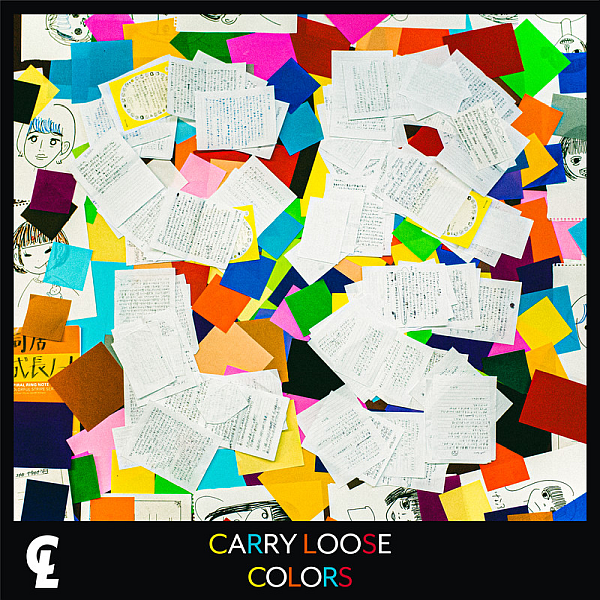 My thoughts on “COLORS”, the final single from CARRY LOOSE.

Its been a tough old year folks, I don’t really have to tell any of you this by now but it is what it is. Thankfully in recent weeks there has been something of a light at the end of the tunnel though, and hopefully 2021 is going to be a whole lot better. The unfortunate fact of the matter however is that for some people this is all coming just a bit too late and in our case it means a lot of groups who we love have been lost to what is going to be looked back on as one of the toughest years any of us have faced in modern times.

While I’m not trying to say that the pandemic is the sole reason as to why CARRY LOOSE are no longer with us as a group, I would imagine that it played at least some small part in the decision. Other factors likely came into play, like the act being very much the bottom of the WACK totem poll and the easiest fat to trim should the need arise, or the comparatively low visibility/popularity/etc that the group had compared to their much more successful (and likely profitable) sisters. It’s not a nice thing to think or talk about but that’s just business folks and we are where we are.

The CARRY LOOSE story has one more chapter in it before it ends though and it takes the form of the group’s final single “COLORS”. Two last tracks that will hopefully see the group go out on a high note and give their fans something nice to remember them by. I won’t lie, I wasn’t the biggest CARRY LOOSE fan in the world and their music while by no means bad from an objective viewpoint just never really managed to fully capture my imagination. That probably makes me the worst person to be writing an article like this but I always give everything I write about a fair shot and I am actually quite curious to see if we might have gotten a glimpse of what might have been or if CARRY LOOSE will go out in a similar fashion to which they had conducting themselves since their debut. Right, I’ve stalled enough I think so let’s rip the bandage off and take one last look at a group that I personally don’t think ever really got a fair shot.

The single’s title track “COLORS” gets off to a pretty…interesting start I suppose, with the instrumental coming across as this very loud, quite heavily distorted but also rather bright and energetic composition. It feels like a bit of a style clash in some ways, to me at least, but that being said it’s definitely not something that you hear every day so it’s kinda neat in that regard at least. The vocals are in the typical WACK Punk Ballad style so if you like that sort of thing then there’s more of it going on here for you, though if you feel like you’ve had your fill on all of that stuff then this might not be the most interesting of performances for you. The lyrics are still catchy and the melodies help to offset the instrumental nicely but yeah, it’s nothing super groundbreaking for whatever that’s worth. The instrumental really does come into its own the longer the track runs however, really leaning into the Punk side of things with some pretty intense results in the form of aggressive drumbeats and blistering guitar riffs to really give the song some much needed personality. The best examples of this are probably in the choruses, which also feature the most interesting vocal/lyrical content for my money, but there are a ton of great moments in the second half of the track so I guess you could say that this one has a bit of a slow build in a way. Pretty enjoyable stuff on the whole, more so if you’re already predisposed to liking this style of WACK song, and not a bad lead-off to CARRY LOOSE’s final single.

For the single’s b-side, and I suppose technically what is going to be the last ever CARRY LOOSE song, the group opts for something with a bit more of a sentimental tone to it in “YOUNG SPEECH”. A pretty understandable choice here I think and there’s definitely a feeling of reflection as the track gets going after opening with a fairly clean guitar backed vocal performance before transitioning into the big, emotionally charged riffs that really give the song a lot of its color and emotion. On the vocal side of things it’s kind of what you would expect from a track like this with a mid-tempo sort of performance that sort of drifts between soft Ballad-y tones and more intense, emotionally charged displays depending on which part of the track we happen to be in at the time. It works for what they’re trying to achieve and they execute it well but again, if you’ve heard similar in the WACK style previously then you sort of know what to expect with this one too. That doesn’t make it any less of a pleasant listening experience of course and I did enjoy the overall vibe of the track despite it not being the typical sort of thing that I would listen to. The contrast between the calmer and more emotionally charged moments was also very powerful and was really effective at leaving an impression on the listener, at least in my opinion. A somewhat predictable track to close things out on in many ways, but also a rather appropriate note on which to draw this project to a close I think. 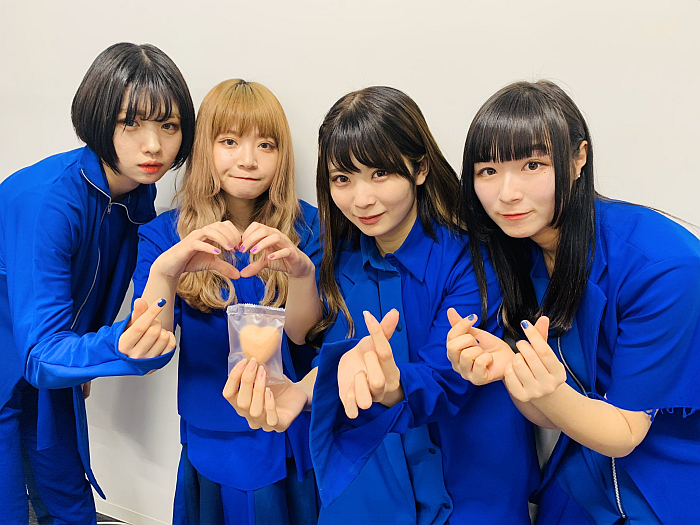 So yeah, “COLORS” is a pretty enjoyable single and I think it’s a fitting way for CARRY LOOSE to sign off on their time as a group…as sudden as it may have been. I think that the single also represents a lot of the issues that might have ultimately lead to the group’s dissolution too though, as having solid songs is great and everything but if you’re not really doing much else to stand out from the other acts in your immediate orbit then it is hard to get the results that you’re looking for.

We can go into why CARRY LOOSE “failed”, who was responsible, who could have done more and all of that but I think if I were a fan of the group I would rather look back fondly on a unit that, while it might not have been with us for long, was definitely one that was very much loved and will be missed by many. Hopefully all of the members are able to move on to new projects, within music or otherwise, and be proud of what they achieved both as part of CARRY LOOSE and the various other Idol projects that many of them have participated in over the years. Appreciate this stuff while you can folks, you never know when you might wake up one day and it’s all gone.

Enjoy the content? Consider supporting the site on Ko-Fi for as little as £1.
CARRY LOOSEsingle reviewt-palette
0 comment
FacebookTwitterTumblrRedditEmail

[Review] 8bitBRAIN – Out of order