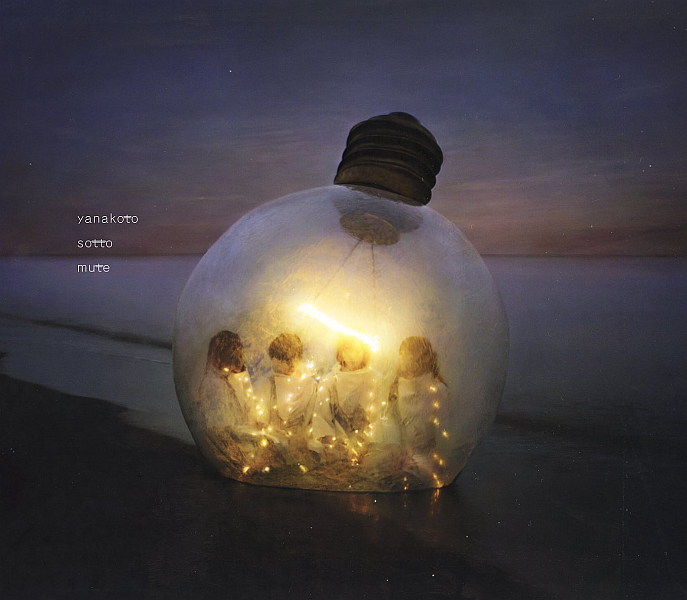 My thoughts on “Filament”, the latest single from Yanakoto Sotto Mute.

For those of us who choose to dig just a little bit deeper with our enjoyment of music, we all know one thing is true and that’s that people really like to categorize things based on image, genre and what have you. It can make for some interesting and at times rather frustrating discussions but it’s always cool to hear different perspectives on what qualifies as “Alternative Idol”, why people think something does or doesn’t and all that other fun stuff we waste our time debating on the internet while stuck inside due to lockdown.

Yanakoto Sotto Mute are sort of a chameleon in that regard I suppose, in that a lot of people consider them to be “Alt” but I feel like you could probably make a pretty compelling argument that the group is getting a bit more mainstream as tastes in music evolve like they have been in recent years. Signing with Universal Music Japan has certainly hasn’t done the 4-piece any harm either and no matter what side of the fence you fall on when it comes to applying tags to and pigeonholing things I think it’s fair to say that going major certainly hasn’t had any real negative impact on the group’s musical output.

“Filament” is the group’s second major label single and follows their debut release “Afterglow / beyond the blue.” which came out back in March (review here) and sees the group looking to build on what was a very strong showing earlier in the year. I was a bit worried about what going major would entail for one of the scene’s more technically impressive and emotionally expressive acts but I haven’t heard anything that worries me so far and hopefully that’s going to continue into this release as well. So with all that said, let’s hit play and see how many twists and turns this emotional roller coaster has in store for us this time around.

A filament can best be described as a thin, often delicate thread shaped object and while I’m not sure the last part necessarily applies to “Filament” the song there’s definitely quite a delicate feel to this one. To expand on that a bit, the instrumental has this very bright and pleasant Dream Pop quality to it with a bit of Shoegaze fuzz going on too for some added texture. It’s all quite soft, though the track does have its moments especially towards the end where a guitar solo or vocal melody will cut through and leave a pretty strong impression on the listener thanks to the overall toned down nature of the rest of the track. I’m getting a bit ahead of myself here though, like I said this one falls pretty squarely into the Dream Pop/Shoegaze realm and the vocals match that pretty much perfectly with the soft, melodic tone which occasionally rises to be a bit more emotionally charged and mildly ethereal for the expected spots like the chorus and what have you. You’re pretty much never going to get a bad vocal performance out of this group so I guess it sort of just depends if this is your style of music or not. You’ve got ear pleasing melodies, powerful emotional displays, great harmonies and everything else we’ve come to expect from Yanamute at this point. For me personally I don’t tend to like the more high pitched stuff but in the context of the genres being employed here I do really like it and think it works very well. It’s a bit of a Ballad sure but they’ve created an interesting backdrop upon which to perform it and if you’re into either of the genres that I’ve so expertly attributed to the track then I think you’ll find yourself enjoying it just as much as I did.

We kick things up a few notches for the single’s b-side “Passenger”, so if you thought that the title track was a bit too sleepy and laid back for you then perhaps this song will be a bit more exciting for you. There’s still definitely an element of that Dream Pop/Shoegaze sound going on but they add a bit more color to things with some noodley guitar riffs, uptempo drumbeats and a few other quirks here and there. I think it makes for a more vibrant sound in general but I think it’s pretty easy to enjoy both tracks for totally different reasons. I think I do personally prefer the slightly higher tension that this song is exhibiting, and I’m mainly talking about the vocals here when I say that as I prefer a bit more urgency to the delivery and that’s what we get here with some pretty catchy hooks getting combined with a nice flow to make for an easy and also memorable listen which is never a bad thing in my opinion. I do sort of feel like the chorus doesn’t quite have the same impact as the one on the previous track did and that’s likely due to there being a lot more going on here outwith it but it still presented a very pleasing, melodic vocal performance from Yanamute which contrasted rather nicely with the more rapid fire nature of parts of the verses. It’s not quite the style that Yanamute used to output in the past that was so beloved by many but I think at this point in their career and after being signed to a major record label it’s definitely still bringing the spirit of that time into the present day in about the best way it possibly can. In any case, it’s another thumbs up from this fan of all things dreamy and gazey.

There’s a lot to like from this new offering from Yanamute. If you’re into that really bright, hazy style of Dream Pop then the single’s title track is certainly worthy of your consideration and if you’re a fan of this stuff but also like the more classic Yanamute feel then they’re trying to appeal to you too with the single’s b-side. All of this while I’m sure having to navigate the wants and expectations of their record label bosses. Hard not to be impressed then that despite the group’s newfound status that they seem to be sticking fairly close to their roots…for now at least.

As far as what I want to see next from Yanamute? How about an album? A proper one I mean and not one that’s drip-fed to us by way of EPs, venue only singles and what have you before eventually getting collected into one release a year later like the group’s recent efforts. I think they deserve the major label album treatment and we all know that when eventually they’re given the chance that they’ll deliver something special. So let’s cross our fingers that this might be a development that we see early in 2021 while also taking time to fully appreciate this great single that they’ve given us here as well.