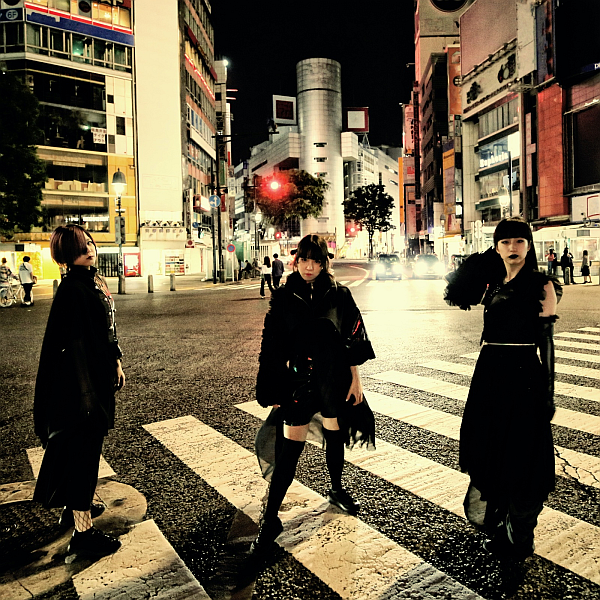 My thoughts on “Hallelujah”, the latest in a series of digital singles from Shihatsumachi Underground.

When this whole pandemic/lockdown/etc thing started, the idea of groups releasing a series of songs over consecutive months wasn’t exactly something new but it didn’t happen all that often. I didn’t really mind it too much myself personally, but I’d be lying if I didn’t say that most of the time I would have rather preferred to have just gotten all of the tracks at once in some kind of EP/mini-album configuration. Well, after 7 long months of needing as many distractions as I can get my hands on I can happily say that my opinion has changed on that matter.

Shihatsumachi Underground are just one of many groups who have been releasing new material in such a fashion over the last several months. Starting off in July with their song “TAKE A TRIP” (review here), the group have aimed to release one new track per month over the course of 4 months in the run-up to I believe a one-man live in mid-November. Besides the aforementioned “TAKE A TRIP”, the group have also released the second track in the series “NO!NO!NO!” (review here) and we’re about to talk about the third one here today.

“Hallelujah” is the latest entry into the Shihatsumachi Underground discography (well, the fourth track of this project is already out by the time that you’re reading this but whatever) and I’m pretty interested to hear what sort of direction they’ve decided to go in for this one. I’d honestly be pretty happy if it’s just a continuation of that smooth, very classy sort of sound we’ve heard from the group’s previous two tracks but I know that they can do plenty of other styles if they feel the inclination to. Either way I’m sure we’re going to hear something interesting here so let’s get this intro out of the way and take a listen shall we?

Before we get started, “Hallelujah” is a pretty interesting title for a track and probably conjures up various religious thoughts in the mind of most people when they see that word. It’ll be something I’ll be saying loudly when I’m allowed to travel again, but that’s just me. A pretty long track by recent Shihatsumachi standards, almost as long as their last two efforts combined in fact. Despite the track’s title, the opening instrumental takes a more contemporary tone with an interesting mix of Indie Rock and Chill-Hop beats coming together to create a relaxed but still fairly punchy vehicle upon which vocals are to be delivered. Not typical to hear much of a Rap flow out of Shihatsumachi Underground, but that’s what’s on show here early and the members pull it off pretty well I must say with the smoother, rich tones the group are known for translating very well into this different than usual genre. The choruses ease off on the Rap dynamic and let the vocals do their thing in a more natural manner, with the song’s title ringing out several times over in a very pleasing tone while the synthesizers of the instrumental sound like they’re firing off laserbeams in the background or something to that effect.

This continues for much of the middle part of the song, which is laid out more like an instrumental interlude than anything else which sort of explains why this track is on the longer side I suppose. From there we loop back into a more balanced mix of the Rap and chorus styles which blended together rather nicely and by the end of the song it was pretty hard to distinguish between the two in fact. Nice bright synthesizers, warm beats, a bit of defining structure from the Rap elements and a catchy and inviting hook of the track’s title all make for a very enjoyable listen both together as well as on their own. Something a little bit different from Shihatsumachi Underground, but also keeping a hold of plenty of what makes the group so loved in the first place. 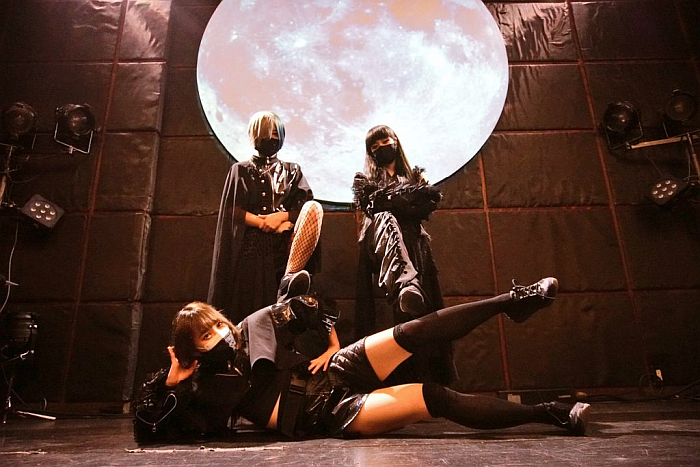 This series of tracks really has been a joy to go through thus far, at least for me anyway. We started off in that familiar Shihatsumachi style and now it looks like they’re starting to bring in a few new/different elements into their already very successful sound. I’m not really sure where this song ranks in my personal list of favorites from the group but I liked a lot of what I heard here and they did some things that I didn’t expect too and did them rather well in fact. Hard to find much to not like here honestly.

The best part though is that there’s still one more track to come in this series. Sure, you’ve probably all heard it by the time you’re reading this review but that doesn’t make me any less excited for when I finally get around to hearing it. Will it be that classic Shihatsumachi style or will they keep up this direction of adding new influences to it? Trying to guess is half of the fun I suppose, while the other half is of course going to be when I finally get to hear what direction they ended up taking. Either way, I think I’m probably going to have a pretty good time with it and I hope that you guys do too.

[Review] GARUDA – The Battle Of Nightmares