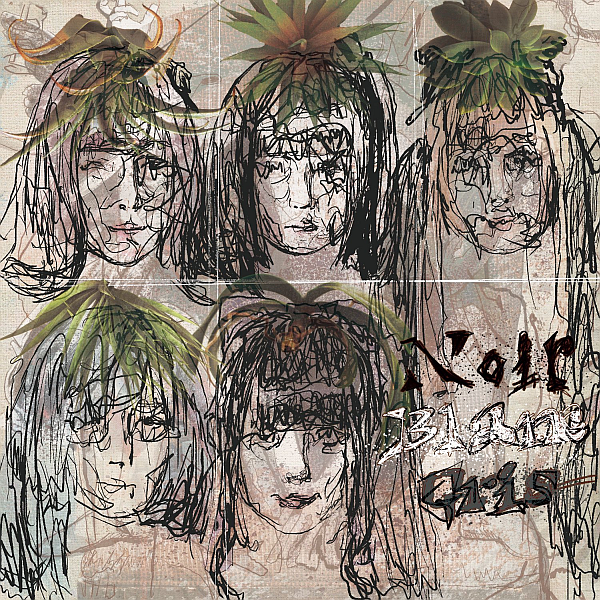 My thoughts on “BWG”, the latest single from KAQRIYOTERROR.

I think it’s fair to say that 2020 has been a bit of a…bumpy ride so far and no matter who you are or what’s going on in your life you’ve probably had to adjust and adapt to this “new normal” that we find ourselves in. No easy task, that’s for sure, and I don’t think there’s really a right or wrong way to go about it. We just have to figure out what works for us and try not to let things get us too down in the dumps until things hopefully get better.

codomomental have certainly been rolling with the punches while the world has been falling apart all around us. Quickly transitioning their Idol empire into a live streaming and internet retail machine with all of their groups putting on performances, release events and shifting a ton of merch in the process. I’ve missed out on a lot of it due to work but they seem to be doing pretty well for themselves and it’s very encouraging to see.

KAQRIYOTERROR are the latest of the consortium to venture out with some new music. “BWG” is their second single since rebranding and basically becoming a whole new group if we’re being honest. I believe both songs featured here have been performed fairly regularly online for a while now but yeah, I missed all of that stuff so I’m coming in with a fresh set of ears. Can’t say I’ve been super hot on KT for a little while but these things tend to go in cycles so if nothing else it should be interesting to see where I’m at on this particular one. I make no promises but if you’re interested to read my thoughts on this single then I’d love it if you’d join me as we get right into it.

Title track “BWG” apparently stands for “Black, White Grey” or at least I think that’s what is being screamed into my ears as things get off to a particularly brutal start. I’m really loving this intensity from KAQRIYOTERROR and the thundering but also rather rhythmic Heavy Metal instrumental style is a great backdrop upon which to present it. We do eventually transition into that more typical Electronica style that the group is known for, with the vocals taking on this very heavily vocoded Rap style of delivery while the instrumental layers in more synthesizers while still trying to hold onto a bit of the bite from the guitars and drums that opened the proceedings. It’s familiar of a time gone by but also somehow different if that makes any sense. Anyway, there’s then a calmer interlude of sorts before we get into the…chorus I guess? It kinda felt a bit flat initially to me and even after a few listens it still feels very overshadowed by everything else going on in the track. There’s nothing really bad about it or anything it’s just…yeah, I dunno. From there we get another run-through of our opening and subsequent instrumental styles, which slowly start blending together over time as we presumably plunge deeper into the madness. A logical place for them to go with the song and it works really well so good call there. The only reprieve we get other than the choruses is a rather tranquil and melodically vocoded bridge section before the song finally tuckers itself out from all of that thrashing about. Definitely my favorite of everything this new iteration of the group have released thus far.

From my favorite thing that this KAQRIYOTERROR line-up have put out so far to one of perhaps the most perplexing, along comes our b-side “Nanchara Bubbles”. I don’t really know what they were trying to do here but the results sure are…something else. Things start off pretty promising with a swirling synthesizer arrangement that has the sort of mood you’d hear from some of the group’s classic tracks. Then all of a sudden that’s gone and in come some sugary sweet, very high pitched vocals that wouldn’t sound out of place coming from some kind of chika “Traditional” Idol group. What happened to the instrumental by the way? It feels like half of it is missing or something but I guess the goal really was for it to sound that empty whenever a vocal is being delivered. Then we get to the middle of the track and I guess the producers just got up from the desk and went for a smoke or something and we’re left with this sort of plodding beat for what felt like far too long of a time. We do eventually get back on whatever sort of track we were on initially and I guess something is better than nothing if you’re making me choose the lesser of two evils. I dunno man, I hate being this negative about music or Idol groups but I just don’t know what they were thinking with this one. I know the term “filler” gets used a lot but this track definitely feels like it’s here to make up the numbers and not much more.

Man, talk about some conflicting emotions on this release folks. The title track I think is really good, and if it had been the only thing on this single I’d probably be saying something about KAQRIYOTERROR starting to find their old form again. Unfortunately it isn’t and ultimately I’ve been left with more questions than answers from this single and that’s not really what I was hoping for.

I guess we’ll just have to wait and see what happens on KAQRIYOTERROR’s next release, which just came out last week actually so expect a review of it in due course. Obviously I’m hoping more for the former than the latter instead of musical content but it seems codomomental are in some uncertain times in more ways than one lately, so how things end up turning out in many cases is far from clear at this stage.

Enjoy the content? Consider supporting the site on Ko-Fi for as little as £1.
codomomental incKAQRIYOTERRORsingle review
0 comment
FacebookTwitterTumblrRedditEmail