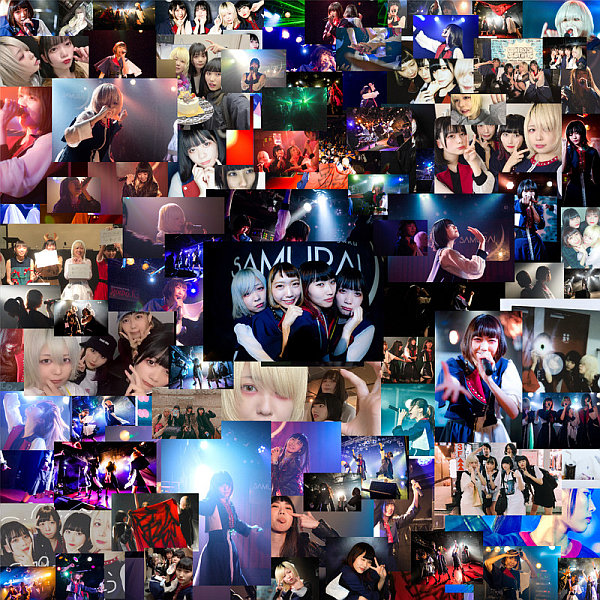 My thoughts on “Bokura de sakaseru mirai / Sayonara School Girl”, the latest single from Kimi to Boku no Kakumei.

As I mention fairly often in these reviews, part of the fun of this whole experience for me is discovering new groups and new music to enjoy. I’ve been fairly successful in my search thus far I think, but not too many of these groups have had the chance to follow up on some of the releases that I’ve enjoyed so much. That’s unlikely to change for the foreseeable future either unfortunately, but there is a slight worry on my part that when it does maybe I won’t find myself enjoying the new as much as the old.

Kimi to Boku no Kakumei are one such recent discovery on my part, and I featured their at the time most recent single “Z / Rain Before Dawn” (review here) on the site about a month or two back. It was a really enjoyable listen with a pretty decent mix of styles across the single’s two tracks. I also mentioned at the time that they were planning on releasing a fourth single at some point but I don’t think the details were quite firmed up at that point in time.

Well, “Bokura de sakaseru mirai / Sayonara School Girl” is the aforementioned fourth single from Kimi to Boku no Kakumei. Another double a-side release so two more new songs to check out here. I’m not really sure how this is going to go because I did actually go back and listen to some of their other material and it wasn’t really connecting with me as much as their “Z / Rain Before Dawn” release. I suppose “apprehensive” would be a good word to use right about now but I guess I’m not going to know how to feel about this single until I hit play and start the review. So let’s do that. 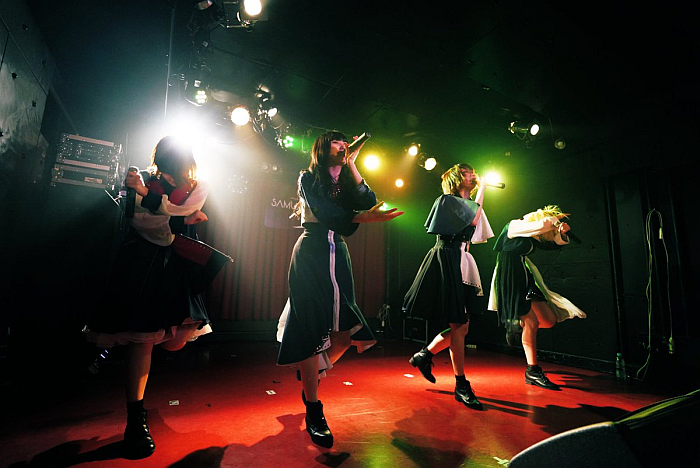 Lead track “Bokura de sakaseru mirai” opens on a fairly symphonic sort of note, though kinda muted I suppose even after they crank the gain up for the intended artistic effect. The song opens up into a bit more of a Rock style composition after a while, with guitars and drums taking over as the song’s main driving force. They’re still keeping things fairly light however and it lets what remains of the more symphonic instrumental elements have a pretty fair chance to do their thing too. The vocals then eventually come in and I can’t help but feel like they would have benefited from being pushed a bit further forward in the mix. There’s nothing particularly bad about their slightly dramatic, Ballad-y style but they are struggling a bit to get past the instrumental which is rather unfortunate. It’s much less of an issue in the choruses where the intensity behind the delivery gets increased significantly but it could still definitely be better in my opinion. That said, the choruses have some great raw emotion behind them, which is offset against an almost inappropriately light and innocent piano lead instrumental. I feel like this is a pretty good song, as the instrumental has a lot of really interesting riffs and melodies and the vocals are catchy and well delivered but the production just kinda spoils it a bit in my opinion. Rather unfortunate.

The single’s second track “Sayonara School Girl” opts to forego all of that orchestral stuff and instead decides to go with a more straight up Rock style. A rather warm one at that, with a nice amount of fuzz on the guitars but not to the point where you’d ever start to think that they’re anywhere close to being distorted. Add in a fairly mellow but steadying drumbeat and we’ve got a pretty pleasant instrumental on our hands here folks. The vocals definitely have a Ballad-y quality to them here but more in the singer-songwriter sort of vibe than the soaring melodies and angelic harmonies a lot of Idol groups tend to go for. This track’s verses are never going to be accused of being the most lively of affairs but sometimes this more relaxed vibe is a good thing and there’s some pretty nice vocal performances on show too which doesn’t hurt either. The choruses are a bit more complex, with the song taking on a more Dream Pop angle with bright, ambient synthesizers being brought into the instrumental and the vocals getting a little bit more power behind them but not too much. It’s a nice change of pace though that’s for sure because while the verses are pretty nice to listen to the style can get a bit played out after a while. They struck the right balance on this one though and the results are very enjoyable.

A bit of a tough one for me this single honestly. I really do like “Sayonara School Girl” a good amount and though it’s not really looking to reinvent the wheel it’s still a really good take on that particular style of song. “Bokura de sakaseru mirai” on the other hand is kinda disappointing. Not so much because the song itself isn’t good, but the production really does take the shine off unfortunately. I’d love to know why that is because hey, if this was put together under COVID constraints then that’s a good enough excuse for me. Otherwise yeah, work on it a bit more and have another stab on a future release maybe?

Speaking of which, who knows when a future Kimi to Boku no Kakumei release might come out…if one ever does. These are just the times that we’re living in right now folks, nothing is certain. Still, I think they’ve definitely got something going on here so hopefully we do hear some more music from them here at some point. Rome wasn’t built in a day and all that!

Enjoy the content? Consider supporting the site on Patreon for as little as $1 a month.
Kimi to Boku no Kakumeim'aidaysingle review
0 comment
FacebookTwitterTumblrRedditEmail