[Review] Kimi to Boku no Kakumei – Z / Rain Before Dawn 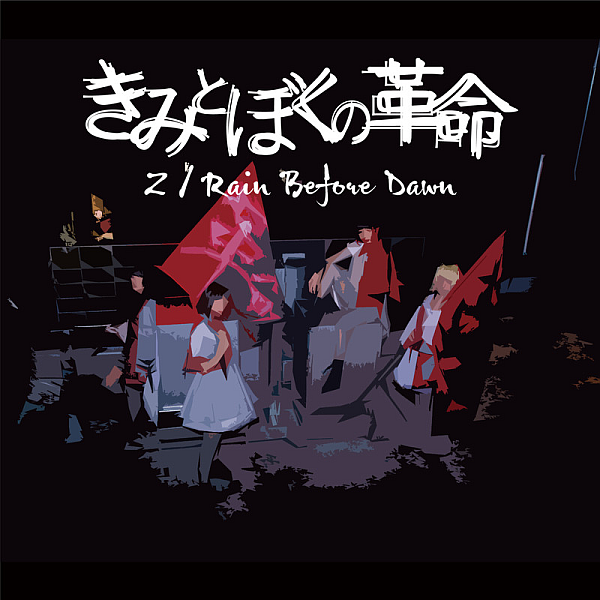 My thoughts on “Z / Rain Before Dawn”, the latest single from Kimi to Boku no Kakumei.

I’m not going to lie, it has been a little difficult to find stuff to review as of late due to the whole global pandemic thing going on. The Japanese Idol scene wasn’t exactly off to the most vibrant of starts this year anyway, but with the government finally shutting everything down it looks like it’s going to be pretty quiet still as we head into the summer months. As such, I have to dig a little deeper for music to write about but it has the benefit of me being able to feature groups that I might otherwise not have, so that’s one positive from the situation.

Kimi to Boku no Kakumei are a group whose name I’ve heard of in passing before but to say that I’m very unfamiliar with them would be an understatement. After looking into them a bit more I’ve discovered that they’re a 4-piece who are based in Tokyo and have been active for a little over a year at the time you’re going to be reading this. The group has a sort of military theme to their look which is pretty cool and the overall concept seems to center around a loose revolutionist ideal. A bit different from the usual sort of gimmick you see groups rocking these days.

“Z / Rain Before Dawn” is the group’s third single, with a fourth having just recently been released. I’m getting a bit ahead of myself here though. I’m pretty late to this whole party clearly and not really sure what I’m about to listen to here. Hard to get a read on what a group whose concept is being part of a “revolutionary army” will sound like but I’m certainly looking forward to finding out here in a bit. Could be very regimented or maybe a little more chaotic and wild. Only one way to find out for sure I suppose! 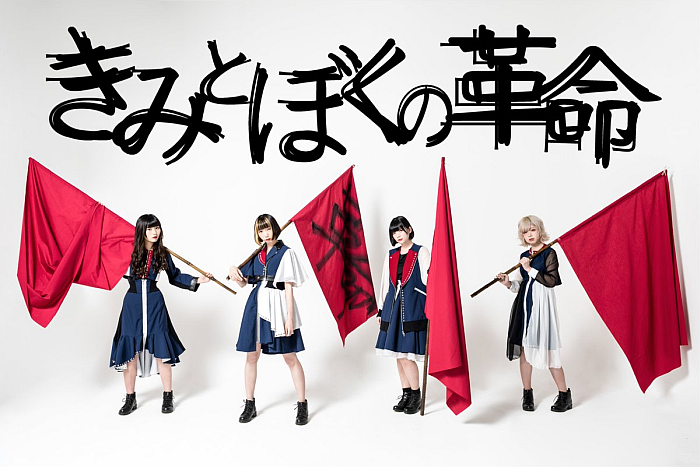 The first thing that I noticed about lead track “Z” was its 50 second duration. Not the strangest thing to see these days with the resurgence of intros, interludes and all that stuff but a little odd when we’re talking about a single. Hitting play instantly explains things though, with the ears being assaulted by blast beats, heavily distorted guitars and rapidfire vocals that kinda sound like they’re being shouted through a megaphone. All of the hallmarks of a thrashy Punk song then, which is absolutely fine by me and especially so when it’s executed as well as this. Midway through things do get a little bit tighter and and the instrumental a tad more melodic but then it’s right back into the chaos to close things out. Not too much to say about this one given how short it is, but everything I can say is good as long as you’re partial to Idol Punk ala Guso Drop and other such groups.

The single’s second track “Rain After Dawn” gives us a bit more to chew on, what with it being more than three times as long as the track that just came before it and all. It also starts off on a softer, more melancholic note too…though only slightly as the drums are still very dominating and the guitars still fairly distorted as well. Definitely a less aggressive tone on the whole though which maybe doesn’t help the instrumental too much as I did sort of get this sense of flatness to things after a while due to how muted many of the elements felt. The vocal work on the song is similarly much more melodic than we heard on the previous track and fairly bright too, though there is a persistent distortion effect over the top of everything that sort of makes it sound like they’re coming over a radio or something like that. I guess between that and the instrumental maybe that’s just an artistic choice they went with for this one which is alright I suppose. It didn’t take too much away from the melodies and hooks the vocals were bringing to the party at least and if you’re into the rougher sounding WACK stuff there’s definitely that kind of vibe happening here too. The closing sequence of the song is also pretty awesome from an emotional perspective, which was really nice.

I actually rather enjoyed this single overall, and KimiBoku kinda surprised me with what they brought to the table on this one. For me, I kinda prefer the rougher nature of “Z” compared to the arguably more balanced style of “Rain After Dawn” but both tracks definitely have their appeal and there’s enough crossover between the two that should keep fans of either interested for the single’s duration.

Kimi to Boku no Kakumei certainly seem like a group to keep an eye on this year, with an aforementioned fourth single having just released and more new music apparently on the way as well. I did kinda go back and listen to one of their other releases while writing this review though and…it’s a bit different I suppose. Still, this is still a developing group so I wouldn’t expect them to have a super well rounded idea of their core sound at this point anyway. That said, hopefully many elements from this single will be carried over into future releases. That would be pretty cool in my book.

Enjoy the content? Consider supporting the site on Patreon for as little as $1 a month.
Kimi to Boku no Kakumeim'aidaysingle review
0 comment
FacebookTwitterTumblrRedditEmail

Episode 02: Started From the Bottom

[Review] GO TO THE BEDS & PARADISES from GANG PARADE – G/P