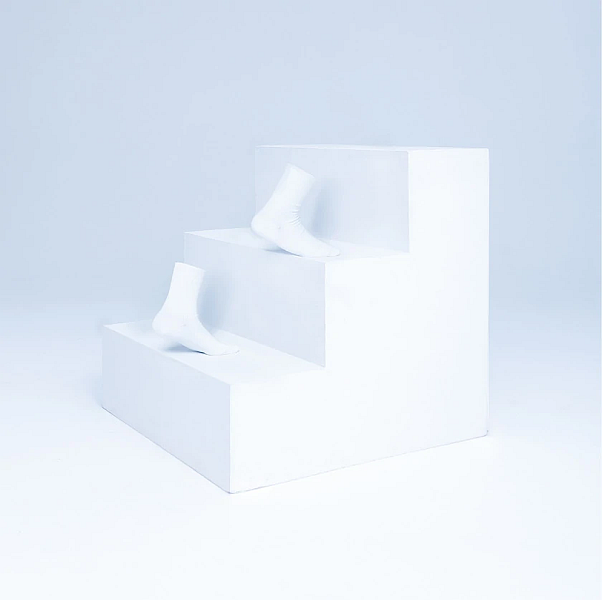 My thoughts on “Ningen”, the debut single from CARRY LOOSE.

A couple of months into the new year and the Idol world hasn’t exactly been what you would call a hive of activity. It’s usually the case at this time of year but after the hustle and bustle of the festive period and all of the releases that got crammed into the last few weeks of 2019 it’s hard not to notice that things are a bit thinner by comparison right now (the current Coronavirus situation probably isn’t helping much either). Spring is just around the corner though and with it will come all manner of announcements and new music to listen to I’m sure.

While a lot of agencies are still to get up and running in 2020, it seems like WACK are wasting no time in getting new material released for a large portion of their group portfolio. I think this is my third review of one of their properties in about as many weeks so if you’re a lover of all things WACK then this must be like a second Christmas for you. I’ve been enjoying quite a bit of what they’ve been putting out recently myself, so even I’m kinda looking forward to checking this release out.

The release in question is a pretty important one too. “Ningen” is the debut single from CARRY LOOSE and the follow-up to the group’s self-titled debut album (review here) that came out last October. They’ve laid some solid groundwork for the group musically already so I’m hoping we might see a few more risks taken on this release and future ones now. It’s WACK though and it’s hard enough to predict what they’re going to do at the best of times. I’ve learned at this point that it’s better to put my headphones on, hit play and see where the music takes me. So let’s do just that right now, shall we?

The single’s title track gets things underway on a pretty bright note, with a very vibrant sounding Rock instrumental being the first thing you hear upon hitting play. It’s kind of in that typical WACK style with the synthesizer ambiences, light piano and pretty clean guitar riffs that have been a feature on many of the agency’s tracks at this point. The vocals come in pretty early on in a rather pleasing, smokey tone which adds an extra richness to the song, maybe a bit too muted in comparison to the instrumental but that’s probably more of a personal preference than anything. It’s not trying to be super flashy during these moments but it’s an enjoyable atmosphere that’s being created all the same. The chorus is where they start to lose me a bit though, and it’s a combination of the vocals and the instrumental. I kinda feel like they’re over-singing the lines personally, because I get that they’re going for that super emotive style but it’s just too out of control sounding. The instrumental also loses a lot of its definition, which has been a problem in the past for WACK but I thought we might have gotten past it in recent times. It’s a shame because I actually do quite enjoy the song otherwise but the chorus really does knock some of that shine off for me.

“23:59” is the single’s lone b-side and it appears CARRY LOOSE are also jumping on that recent trend of Idol groups naming songs after digital clock readouts. I don’t get it myself but whatever floats your boat I suppose. Things start out in a vaguely similar style to the a-side but focusing more on the darker tones than bright synthesizers and guitars. Lots of deep piano notes and low drumbeats accompany emotionally charged vocals which also feature deeper tones and a higher tension which might have helped out the chorus on “Ningen” a bit too but hey. You kinda feel like it’s building up to something as we go along, and it is because there’s a noticeable change in energy when the first chorus hits. The vocals get a bit brighter, as does the instrumental but they do retain the overall mood of the song so as to not sound super out of place. Nice emotion from the vocals and some decently catchy lyrics too. The instrumental suffers from a similar issue I had with the a-side’s but to a lesser degree so not quite as disappointing in that you can still hear a lot of what’s going on with the instrumentation. Outside of that, there was a couple of cool instrumental transitions throughout the song and I thought those along with the bridge added a bit more personality to what might have otherwise been a solid but by the numbers Pop song.

“Ningen” is a solid effort from CARRY LOOSE as far as first singles go. It’s not likely to be the most inspiring thing you’ll hear in 2020 but it definitely does have its appeal to a decently wide range of people I would suspect. Not overly into the choruses on either track myself, instrumentally at least, but apart from that there’s nothing to really complain too much about. Not the best WACK release ever but far from the worst so somewhere in the middle seems fair to me. Not sure if that’s a good or a bad thing though.

I’d say out of all of the WACK properties right now CARRY LOOSE probably have the most to prove to both me and many others. They’re not doing anything wrong really, but they’re also not exactly capturing the imagination either. It should be interesting to see how things develop over the next year or so because this is a WACK group at the end of the day. Who knows what’s going to happen with CARRY LOOSE next, I know I sure don’t.

Enjoy the content? Consider supporting the site on Patreon for as little as $1 a month.
CARRY LOOSEsingle reviewt-palette
0 comment
FacebookTwitterTumblrRedditEmail