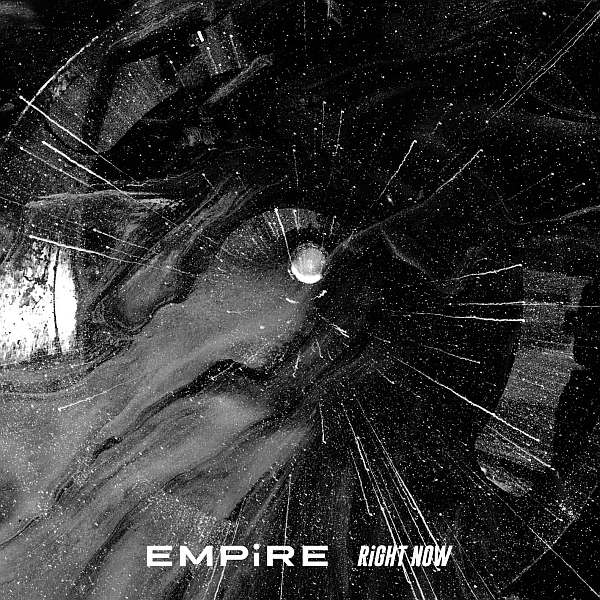 My thoughts on “RiGHT NOW”, the latest single from EMPiRE.

Normally when I sit down to write one of these reviews I’m typically excited/interesting/motivated to both listen to a quality Idol release and also to produce some quality content that most of you probably skim read in about 30 seconds. Lately though when it comes to WACK it’s more a feeling of…dread I suppose. Dread that I’m not going to enjoy yet another release from a company whose musical output I’ve loved for years and dread that I’m going to be chastised on social media for going against the opinion of the hivemind.

That’s all rather dramatic though, and also pretty unfair to EMPiRE who for my money have been the only WACK group that have been putting out material that I’ve actually enjoyed so far in 2019. Their last single “SUCCESS STORY” (review here) while far from being a WACK classic was actually pretty decent and kept Matsukuma Kenta’s new found love for distortion and grain filters mostly at bay. Could this be the one time where Avex being involved in an Idol project is actually a good thing?

Well, EMPiRE are back with their new single “RiGHT NOW” and boy am I worried about what it’s going to sound like. It’s one of those hoping for the best but expecting the worst kind of scenarios I’m afraid. I’m probably being overly pessimistic here but if you’ve read any of my recent WACK reviews then you’ll hopefully understand where I’m coming from. Just give me something fun and enjoyable…please? Oh well, no matter what the outcome it’s pretty cool they named this one after their latest recruit I guess. Let’s rip this band-aid off and see what we’re working with here.

“RiGHT NOW” starts off with a pretty trippy and very glitchy sounding instrumental, which isn’t something that you would typically associate with EMPiRE. Well I wouldn’t anyway but yeah, it starts out a little slow with a very slight feeling of Trip-Hop which is sort of supported by the vocal delivery during this part. The drumbeat keeps building momentum in the background though and after a while they let the synthesizers off the leash and they start running wild. I was a bit underwhelmed by the vocal performance until I guess the first proper verse kicked in and we were treated to some pretty nice, mostly clean vocals which EMPiRE more than took advantage of to show off their talents. The instrumental is alright here I suppose, it has this sort of Rockish EDM vibe going on and it’s fairly hype so there’s definitely plenty of energy on show. That said, it does lose quite a bit of definition which makes it hard to pick out exactly what’s going on. That’s just the WACK house style right now though so eh, it is what it is. I’m really not a fan of the “Right now, do it!” parts though, they just feel kinda weak and more like they’re just making some sounds into the microphone instead of actually singing. This one definitely has its strengths and weaknesses but in the context of recent WACK output, I enjoyed it a decent amount for what it was.

Right off the bat b-side “NEVER ENDiNG” has something going for it in that as far as I can tell Matsukuma Kenta had very little if anything to do with the actual composition of the song. That can instantly be heard upon pressing play as this song’s once again Rockish EDM style of instrumental comes thumping through your speakers. There’s still a pretty good slathering of distortion on pretty much everything besides the vocals but at least you can hear the synth melodies and a few of the guitar riffs. I can’t say I’m a huge fan of the quite literally pounding drumbeat that’s a key feature of much of this song, it’s just a bit too in my face at times I guess. Though it does provide the song with a decent amount of its energy so I’m sort of in two minds here. Vocally it’s another pretty great performance from the EMPiRE girls, quite literally going from one end of the scale to the other when appropriate in terms of tone and pitch. While I enjoyed the verses on this track a good deal, I feel like it’s the chorus that really steals the show and especially the “Woah, woah, woah” parts feel like they’d be huge in an arena or hall setting. Yeah, this is a really good song by both EMPiRE and recent WACK’s standards. There’s a couple of things that take away from it a little, but pretty decent stuff on the whole here.

Well, EMPiRE haven’t exactly escaped the flavor of the month WACK production style totally unscathed here but given the wider context of this year’s WACK output I’d say they still did pretty well. I think “NEVER ENDiNG” is probably the more interesting song of the two for me personally but I’d pretty happily listen to either track if were to come up in a playlist. That’s a lot more than I can say for other groups under the WACK umbrella right now, that’s for sure.

We don’t have to make too many guesses as to what’s next for EMPiRE as they’ve already announced their second full-length album which will be releasing in just another week or two. I’ll be interested to hear what the new songs sound like because there’s actually a chance I’ll enjoy them if this single is anything to go by. That’s all talk for a future review though, you’re going to have to wait for that one. In the meantime go enjoy the album when it comes out, that’s what this hobby thing is all about after all.