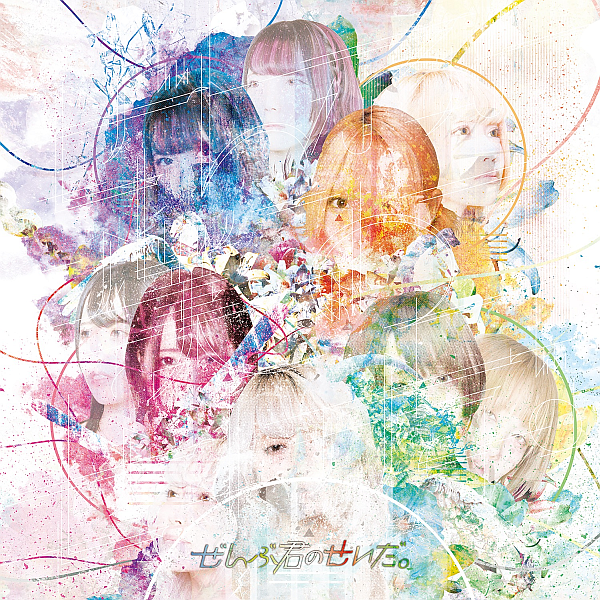 My thoughts on “Zenbu Boku no Sei da”, the latest single from Zenbu Kimi no Sei da.

In my humble opinion, and with all things being equal musically, Zenbu Kimi no Sei da have to be in the conversation for best group of 2019. The volume of solid releases they’ve put out this year, coupled with their relentless nationwide touring schedule and being able to shake off line-up changes like they’re no big deal is certainly something to be impressed by. Though I suppose it doesn’t exactly hurt when you find yourself in the fortunate position of being codomomental’s flagship group.

Speaking of line-up changes, the single I’m going to be talking about today is the second to feature the latest incarnation of Zenkimi. They had a pretty decent outing on last single “Antilyours” (review here) and proved that the group’s two new members were pretty comfortable with the typical Zenkimi song style. It wasn’t particularly revolutionary and I was a bit disappointed by the inclusion of a re-recorded b-side given the recent release of two album’s worth of such material but it was a good place to start from.

So Zenkimi are back with their latest single offering titled “Zenbu Boku no Sei da” which rather amusingly translates to something roughly along the lines of “It’s All My Fault”. I see what they’ve done there, very clever. I’m also interested to hear what this single is going to sound like as, for me, Zenkimi have been playing it kinda safe lately. At least with this single they have two shots at impresses me as the b-side is also brand new this time. There’s not really much more to say here, it’s Zenkimi so we should have a pretty decent idea of what to expect by now right?

The single’s lead and title track “Zenbu Boku no Sei da” gets things underway in what, at least to me anyway, is a pretty unexpected way. A fast paced Rock instrumental with some pretty twangy sounding guitars isn’t really what I would normally associate with Zenkimi but that’s what is on offer here and after my initial surprise I have to say that I quite liked this opening sequence. It has a nice energy to it that is retained even after the song enters its first verse. Speaking of which, the vocals here are pretty much your typical Zenkimi style for the most part though obviously the high pitched, anime voices are toned down just a bit so as to fit the song more appropriately. The flow of the delivery here is also kind of more deliberate and less chaotic than Zenkimi might usually be known for but they do ramp it up a bit for the chorus…if you can call it that. A bit more vocoding on the vocals, a slightly quicker flow and a few more hooks might not seem like much but it’s really effective here and I have to say I really enjoyed this song’s chorus quite a bit. Outside of all of that there’s also a few neat instrumental moments with the mid-song downtempo synthesizer and piano interlude being of particular note for me personally. It sorta carried over into the remainder of the song a bit too which was interesting and gave it a bit more depth too I think. Definitely not what I was expecting from Zenkimi here but I can’t argue with the results folks.

Speaking of things that I wasn’t expecting from Zenkimi, I’d like to add pretty much all of this single’s b-side “Teardust” to that list as well because damn this is different. This is pretty much a straight up Rock song folks, though there is a little bit of synthesizer helping out along the way too but not that much. Zenkimi have been sort of trending in this direction in recent years but this is definitely the farthest I can recall them going with this style so far. A pretty energetic, noodly guitar riff serves to underpin the majority of the song’s instrumental which is a pretty cool sounding Rock arrangement that you probably wouldn’t bat an eyelid at if it was just some regular female fronted band that was performing it. The tempo is nice and the beat is definitely something you bob your head too so no real complaints from me on that front. Vocally things are just really weird for me because I don’t think I’ve ever heard this much clean, unprocessed singing on a Zenkimi song before. It’s certainly impressive both in tone and delivery but it’s just…weird man. The lyrics are pretty catchy with the chorus in particular being something that stood out to me. A bit more of a an emotive, verging on Ballad style overall but it worked really well with the instrumental so fair play. Again, not what I would expect from Zenkimi but I’m finding it hard to fault much of anything here. 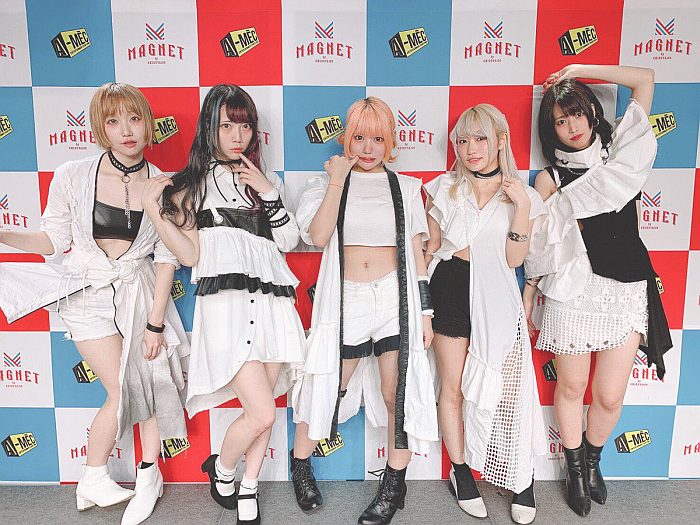 So I’m kinda torn on this single folks. On the one hand, and like I’ve been mentioning as if I’m some kind of broken record, these songs are really enjoyable and I don’t really have too many negative things to say about them. On the other hand, we’re drifting pretty far away from what I and most other people would consider the “core” Zenkimi style. It’s certainly interesting, that’s for sure but if you like the more colorful, Denpa sort of stuff then this single doesn’t have a whole lot of that for you.

I get that groups have to evolve to survive and it’s not like Zenkimi haven’t been incorporating a lot more of a band element into their songs over the past year or two so in some ways this single shouldn’t be that surprising I guess. It’ll be interesting to see how things progress heading into 2020 because I can definitely see a lot of pros to exploring more of this sort of style. I can also see a few cons too but thankfully I’m not paid to make any of these decisions. I’m just here to share my opinion on the results with all of you fine folk.